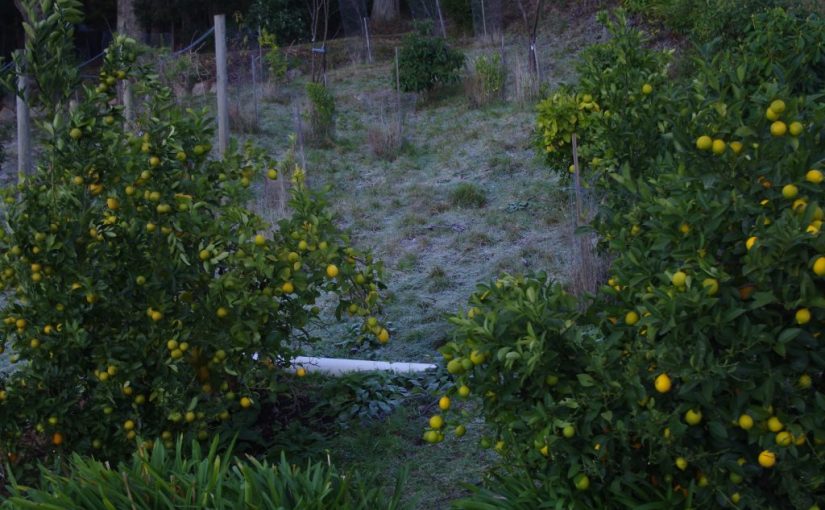 In my final year of high school, my mother somehow talked me out of my various part time jobs. I loved the cash those part time jobs brought, and for as long as I could recall, I’d never been without work – and cash. The lure for me was the promise of something rare and previously unbeknownst to me – pocket money.

Her angle on the deal was that if I wasn’t working part time jobs, I’d have more free time to devote to study. It seemed like a good idea. My mother, the cheeky scamp, even went so far as to suggest that I was not as smart as my sister, and would therefore have to work harder in order to achieve the same mediocre results that she scored. Well, the challenge had been set, my pride had been questioned, and I leaped for joy at the delicious thought of earning money for doing nothing at all. I was a good student and so had no fear of not academically kicking my sisters ass! Well, maybe just a little bit of fear.

I wasn’t very smart though because I forgot to ask my mother what the specific details of this delicious new arrangement were. I blame it on personal greed, but I forgot to ask important questions as to just how much was going to be turned over to me for pocket money, and how regularly were these payments going to be made. A true oversight on my part.

When greed is to the fore, such pragmatic and boring considerations are quietly put to the side. I quit my part time jobs, learned to enjoy sleeping in, and burned through my stash of cash at an alarming rate of knots. Soon there was no cash and I was broke. The indignity of it all. Me, as a teenager, who had previously rolled around in piles of mad cash was soon left reaching for the last five dollars. Then there was nothing in the kitty at all.

It was a sad time for me, because my mother had reneged on the deal and no pocket money was forthcoming. My demands were brushed aside with vaporous sentences and complicated ambiguities. With no early morning papers to deliver, I’d become accustomed to sleeping in. On the other hand, the work load in my final year at high school was intense. After all, I had to work hard in order to kick my sisters academic ass. And I was stone cold broke. The indignity of it all!

It rapidly occurred to me given my experience with my mother, that these financial arrangement things are agreements that were just made to be broken. I knew about broken because I was flat broke. I was getting a little bit desperate though, and I went through a mental list of all of the people I knew that had cash – and could be relieved of it. Many people were considered, choices were discarded, but it finally came down to a single choice in the end: My grandfather.

Now, my grandfather was a canny bloke and he knew a thing or two about finances and money. He’d never just give me the cash, because he’d put me to work for it. On consideration, he’d probably expect quite a bit of work to be done for only a modest sum of cash. And how could I possibly kick my sisters academic ass if I spent all my free time working? And I’d probably even have to get up early again! Woe was me.

But then, I had this great idea. I’d ask him for a loan and then renege on the loan. It was a brilliant strategy and it followed my earlier experience with my mother that financial arrangements were just made to be broken.

Unfortunately, I had to get up early that day and push bike over to his house. We spoke for a while. And then I shook him down for some mad cash, I mean a loan. I started getting a bit uncomfortable when he began talking about interest and repayments. To be honest he sounded a bit smarter than I’d given him credit for being, and the discussion didn’t make for pleasant hearing. But anyway, being young I was resilient and insolently replied something along the lines of: “yeah, yeah”. Then pretended to act bored and sullen because teenagers are good at doing that. Inside though, dark plans were being woven…

The cash was handed over. Hands were shook. And I pedalled out of that place so fast that day. It was great to be full of mad cash again. Chris was in charge and living large.

For several months, I dodged the old bloke. It was the best. He was like a terrier though and the chase was unrelenting, and perhaps my mum finally turned on me and let him know I was in the house. You know, it’s true what they say, the fox tires, or falters, and the hounds eventually bring him to bay. That was my fate. It was fortunate that when he did finally catch up with me that I had the cash readily to hand (courtesy of some dodgy but mostly innocent dealings). He looked pretty unhappy. And I had to hand back his loan plus the agreed 20% interest. Who would have thought that the old bloke was a loan shark?

On reflection it was a great deal of effort on my part dodging my grandfather, and perhaps it would have been easier if I’d just earned the money from him in the first place. I also learned that day that financial arrangements are not so easily reneged.

As all good stories go, I eventually had my comeuppance. During the recession of the early 1990’s I couldn’t get any other job other than working for a large corporate chasing their debts. For four years during that decade I heard every sad tale of woe, untruth, fabrication, and straight outright lie. And during every minute of those working hours I had the spirit of my grandfather in my ear telling me all about these people and what idiots (he used a different and less family friendly word – which a mate of his recounted to all in a eulogy at his funeral) they were.

To this day, I hate debt, and what it made me and many other people become.

Some days this week the weather has been clear and sunny. Other days the clouds were low and threatening. Always the air temperature has been cold.

One morning a frost settled over the farm until lunchtimes when the feeble warmth from the winter sun provided just enough heat to melt the frost. That Sunday morning, it was cold inside the house (12’C / 54’F) and even colder outside (3’C / 37’F). The wood fire had not been lit the previous night and heavy insulation can only do so much. Still, I’d have to suggest all things considered, that it was better sleeping inside the house, than outside in the frost.

It is not often you get to see citrus fruit trees full of lemons and limes with a backdrop of frost. Those trees are hardy as, and even survived decent snowfalls.

Even the composted woody mulch sitting in the back of the trailer attracted the frost.

Winter is a good time to bring in new plants. This week we purchased 30 new strawberry runners (Adina, Chandler, and Melba).

The runners are all heritage varieties and are grown for their tastiness – or so they tell us. We planted them out in no time at all in the soon to be completed strawberry enclosure.

We have also begun the process of constructing a path in the land above the house. This path is particularly important because during very heavy rainfall we are attempting to use the slope of the path to send the water back up hill. Doing this will have the effect of slowing the flow of water and spreading its flow across a wider area, as the water moves across the land. Twice now we have had heavy rainfall that appears to have produced one minor and one major landslide near to that area. Landslides are a serious problem and they take a lot of effort to recover from. It is far easier to establish a simple system that may work in sub fluffy optimal weather conditions.

When the weather is nice, we have been going about our regular soil building activities. Ollie the cuddle dog (who everyone knows is an Australian cattle dog) is curious about the constant additions of coffee husks and coffee grounds to the orchard.

Usually coffee husks and coffee grounds disappear into the soil within about two weeks at this time of the year. During summer it is much faster. However, sometimes you’ll stumble across used coffee grounds that have been compacted by the espresso machine. They usually have the most interesting fungi growing on them!

Tis the season for fungi! I spotted this cool looking fungi which appears to be happily munching away on this old tree stump. Go the fungi!

The wallabies have again been up to their old mischief. This week they ate all of our broccoli plants.

There are always animals lurking around the farm. During the night time the wildlife runs amok in the orchards and gardens. The other day I spotted a mother and joey kangaroo lurking on the neighbours property just waiting until the fluffy collective were safely in bed. Those two have been at the farm for many years.

The fluffies on the other hand have their own plans where the wildlife is concerned. Despite this, neither the dogs, nor the wildlife get everything their own way – yet everyone more or less co-exists.

The Irish Strawberry tree looks as though it is beginning to produce some fruit. I’m not sure these fruit are that edible, but apparently some cultures use the fruit as a basis for an alcoholic drink.

This fuschia appears to be forming some sort of seed or flower.

Onto the winter flowers!