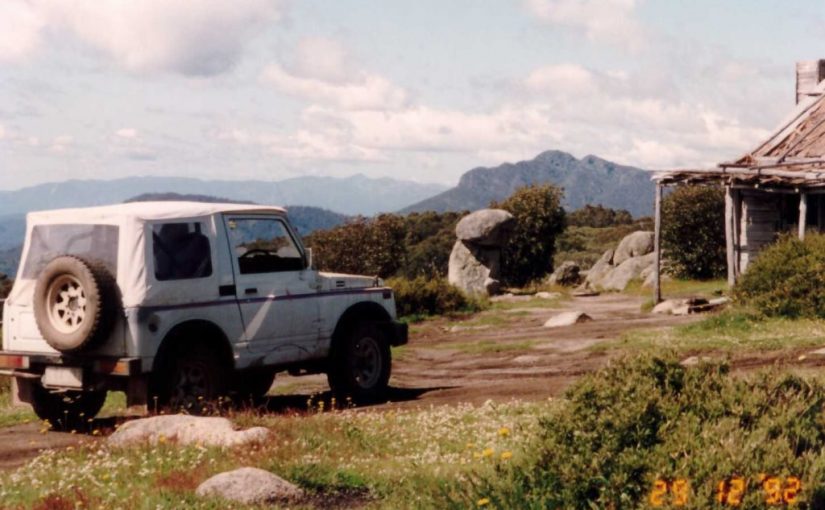 Vroom! Vroom! In my late teens I was quite the petrol head. I loved cars. I loved everything about cars, and the faster they went, the more I loved them. I owned a car before I even had a license to drive one. Here it is:

I bought the snot green car for cash from a vehicle wrecker.

Given the story in last weeks blog, alert readers may wonder how I financed that cash purchase. The week after my final exam at High School I began working on a production line in a factory which produced computer floppy disks (remember those?) After a few months of that work, I put University off for a year (ultimately attending part time for the next seven years) and scored a full time job in the public service. Saving is easy to do if you are both tight and motivated. I had no access to my mum’s car (or cash) and I was still too young to drive, so I was very motivated by the thought of my own car.

Of course for those who are unaware, the word Torana is derived from an Aboriginal dialect, and it means: “To Fly”. And that baby sure did fly! Older cars were generally lighter than the over weight things they construct these days. In fact my beloved Torana weighed about the same as the current dirt mouse Suzuki Swift that we drive today – and that is considered to be a small city car. It was also a very simple car, and I was able to save money by undertaking all of the maintenance, repairs, and modifications myself.

Unfortunately all good stories come to an end, and within a few years of owning the snot green beast, I wrote it off in a ‘head on’ car accident whilst listening to AC/DC’s ‘Back in Black’ album at full throttle volume. Fortunately for me, I was shaken but not stirred by the accident, and even more remarkably I was able to walk away uninjured having lost only my pride and one of my nine lives.

In that unanticipated moment of accident-ness, I lost my love of cars. It disappeared because I realised that whilst I was dangerous, I discovered that vehicles are even more dangerous. I decided then and there that if I wanted any longevity worth crowing about, I had to do something different. So I bought the slowest vehicle that I could find. That vehicle was the original dirt rat Suzuki. The Old Dirt Rat had a tiny 1 Litre (61 cubic inch) motor and a four speed gearbox, with high and low gearing. You couldn’t go anywhere fast in that machine, but far out, you could go anywhere. If people wanted to get past me on the road, I simply pulled over and let them go. Is that a case of accepting: Zen and the Art of the Dirt Rat?

Say hello to the original Dirt Rat – boxy yet functional:

The Original Dirt Rat was a very simple vehicle and I could do all of the maintenance and repair work on it. It didn’t even have carpets or the luxury of air conditioning, and if it got muddy inside, you could just hose it out. After many long years of sterling service, I sold it.

Nowadays, I don’t much care for cars. I put them square in the ‘necessary evil’ category. However, I’m still a stickler for maintenance.

Life, is rarely hassle free, and last weekend the dirt mouse Suzuki Swift was accidentally backed into at very low speed. The car was parked at the time. It didn’t seem like a big deal to me. Despite being fully insured, I just wanted to get a basic fix which I was happy to pay for, then move on with my life. As the long deceased military genius Sun Tzu, would himself point out, expect the unexpected.

And that is when I discovered that my values in relation to cars differ markedly from most peoples values.

You see, the problem for me is that the 10 year old vehicle has a book value of $5,700. The insurance company was notified of the accident by the other party, and as such we are in ‘the system’. Being in ‘the system’ is not necessarily a good thing in this instance, because on Friday the nice insurance assessor, assessed the damage as being heavy and beyond their workshops abilities. The dirt mouse has been shipped off to somewhere mysterious and is now beyond our ken.

What most people will be unaware of is that nice insurance companies will only expend repairs up to 80% of the market value of the vehicle. My math is not the best, but using the back of an envelope (actually a calculator with big buttons), I calculated that if the estimate of the repairs exceed $4,560, less the insurance assessors additional towing charge, the vehicle may possibly be written off. And that will be that. If this happens, it will be a sad fate for the trusty, well maintained and reliable dirt mouse.

I’ve been asked: Aren’t you excited at the thought of getting a new car? The answer is a loud no. I sort of liked the old car, and it worked perfectly well prior to the accident. It seems inordinately wasteful to me to dispose of such an incredibly complex and well maintained machine, merely because society puts such a low market value on it.

As an alternative course of action, if the vehicle was written off, and I had the repairs done on the cheap, I probably won’t be able to insure the vehicle in future because the insurance companies will have records showing that the vehicle has been written off – and these days you have to recall that they all swap data.

Another thing to consider is that I know that cheap second hand vehicles of this age won’t have been maintained as well as I would prefer. Therefore that option makes no economic sense because the quantum of that problem is an uncomfortable unknown.

And just to complicate to the problem, I refuse to go into debt for a new car purchase so that if the car is written off, I’ll just have to hand over the $12,000 additional cash (plus the $5,700 from the insurance company) for a new replacement vehicle.

Over the past few days, I’ve turned the problem over and over and examined it from all sorts of different angles. It has become abundantly clear to me during this time of introspection that somehow as a society we’ve lost track of the ability to value of our creations.

I’d like to conclude this sad tale by writing something enigmatic like the words at the end of the Terminator film when the old bloke said: “There’s a storm coming”. It does sound good and properly enigmatic, but it would also be a bit weird because a storm did actually hit in the latter part of the week.

Happy Postscript Alert! After several days at the panel beaters, we received a call today (Monday 9th July) confirming that the repairs are to go ahead and the dirt mouse Suzuki will be restored to its former glory (or something resembling that former glory). I am genuinely relieved.

For the past few days the wind has howled and it has rained on and off. At one point it got cold enough that snow fell:

The wind was the worst aspect of the storm. The top of an old and massive tree cracked and fell to the ground, narrowly missing the bees.

It would be fatal to be struck by that falling branch. In the next photo you can see that the tree trunk penetrated a few inches into the ground when it landed.

There were actually quite a number of large branches which fell during the stormy days (although the one above is the largest).

The next photo shows another large branch which fell just below the chicken enclosure. It managed to completely miss several plants that have been in the ground less than a year.

The large tree next to the main firewood shed also dropped a large branch.

It is all good really, because nothing was squashed by any of the large falling branches. The branches will be cut up for firewood – when the wind eventually dies down and it is safe to work underneath them. And the holes left in the large tree trunks form hollows which are like hotels for the many critters that live on the farm.

There was very little opportunity to work outside this week due to the prolonged storm. We distributed a cubic metre (1.3 cubic yards) of composted woody mulch in the area adjacent to the new concrete staircase.

That was about it for work. On the other hand I discovered that the rats have finally tunnelled into the apparently rodent proof chicken enclosure. First, the rats killed the field mice that lived in the chicken enclosure. It was a brutal massacre that was swiftly conducted. Since then, the rats have been busy each day enlarging their access holes/super highways. They’ve also increased the amount of grains consumed each day by about an additional third.

Please do not tell the rats, but the editor and I will implement a cunning plan over the next month. We’re going to lay a cement slab over the entire floor of the chicken run. Good luck tunnelling through solid concrete my rodent nemesis!

An olive tree appears to be struggling with its location and all being well, next weekend we will relocate this tree.

If you want to impress your friends and family, you can chuck in the word “lodge” into a sentence. Lodge is the fancy word to describe vegetation that has fallen over.

Before the storm hit, and on the way to meet the nice insurance assessor, the editor and I came across this grumpy koala bear. The koala was walking down the middle of the road just around the corner from our place:

It is amazing to note just how well the koala bears colouring matches the background vegetation. Don’t you just want to give the koala a cuddle? As a general rule, they are quite surly creatures, with long claws. They may possibly bite or scratch you, if you were so foolish as to call one ‘cute’ to its face. Go on, I dare you!

Despite the cold windy weather, the season is progressing. Someone once mentioned that you can’t stop progress, and I wonder if that was what they meant? Probably not. Anyway, I noticed that the daffodils have begun popping up everywhere.

The rhododendron flower buds are filling out too:

Despite the light snowfall, there are still plenty of winter flowers to enjoy. Clearly the flowers must be wind pollinated because there are no insects around: