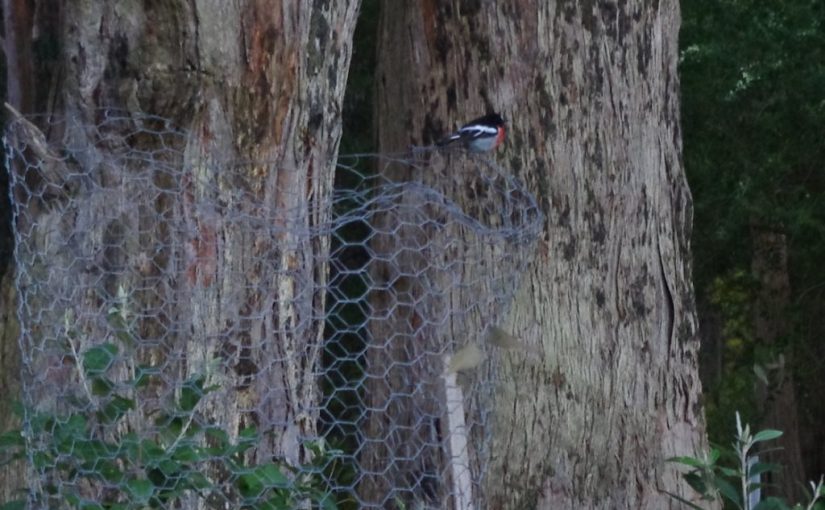 The farm is now a month on from the winter solstice. Spare a thought for us people suffering though the coldest part of the year. Even Scritchy the ultra tough miniature fox terrier boss dog is finding the conditions to be cold – and not to her liking at all!

In the depths of winter the performance of the solar power system is always on my mind. In winter the sun is low in the northern sky and nature provides very little energy to the farm.

In 2011, which was only six months after moving into the half finished house, I realised that I could not simply chuck a couple of solar photovoltaic panels on the roof and everything would be cool for electricity. By winter the air temperature was certainly cool, but the solar panels on the roof were not producing enough energy for our daily requirements. I was certainly not cool. In fact, I was freaking out!

Back in those days, the little Honda petrol generator created a ruckus in the otherwise quiet winter forest as the pistons of the engine pumped up and down and valiantly turned the alternator. That combination produced electricity which was pumped into the batteries. Without that little generator spinning around and around and making all of that noise, we would have been in the dark.

From those complex discussions, I deduced that I would have to learn what the health of the batteries were, and how much electricity did the solar panels bring in every day of the year. And who would have thought it, but every single day of the year, the system performed differently to the day before it.

This renewable energy stuff is far more complex than it looks. In fact I often hear people make the most astounding claims about renewable energy sources and future possibilities. As a general bit of advice, whenever you hear such claims, think to yourself – the people in question are talking total rubbish. And if you really want to annoy them, ask them whether they have to monitor and record how much electricity they use in their household every day of the year?

Unfortunately for me, I do actually have to monitor the solar power system every single day of the year – and have done so for the past seven years. Such monitoring can occasionally make for a nervous existence during the winter months (or if something goes wrong like it did recently).

Fortunately at Fernglade Farm we’re made of tough stuff, and so every morning I check upon the batteries to see how full they are. Then in the evening I check how much electricity the solar panels have brought in during the day compared to how much we’d used. Then we make plans for electricity use for that night and the following day. Of course after so many years of living with solar panels I can look into the sky and at the weather forecast, and estimate fairly accurately how the system is performing.

The other day I became interested in how the system was performing this winter compared to previous winters. The following graph shows how the system is working during the months of June and July from 2011 to 2018.

Every year since 2011, we’ve had to perform some sort of work and/or upgrade to the solar power system. Honestly, it defies belief, but it costs a heck of lot of money to be able to harvest the reliable average of 6.8kWh of electricity per day that we do enjoy. And that is from the 5.8kW of solar panels installed on various rooftops.

You could say that my experience has led me to believe that I’m not entirely convinced of the argument that Industrial civilisation could be run from solar power and other renewable energy sources. Such claims sound like total rubbish to me.

Anyway, how does the winter solar power production compare to the rest of the year?

Observant readers will note that our average electricity requirements for the entire year is only slightly higher at 7.9kWh of electricity per day than during the two months of winter (at 6.8kWh).

Really alert readers will note that the output of the system increased dramatically between the years 2013 and 2015, but since then I’d have to suggest that further investment in the system produces little increase in output. It was quite interesting to me to see the concept of ‘diminishing returns’ expressed so clearly on the graphs.

Over the years it has become increasingly clear that during the winter months nature will provide only so much energy, and then you’re on your own. I can see that concept also playing out with the wildlife that lives on the farm. There is a lot of wildlife living here and they all enjoy a good feed (as do we) – but at this time of the year things aren’t so free and easy. I call that the late winter famine.

We’re watching how this winter famine plays out and will adjust our planting strategies in future years. I’m genuinely glad that we have access to fresh food markets otherwise things would be grim here:

The plants will grow back as the weeks move ever closer to spring and summer. The rats on the other hand have been enjoying a charmed winter of fresh water and plentiful grains, because they were smart enough to break into the apparently rodent proof chicken enclosure. It wasn’t quite as rodent proof as I’d believed it to be.

I’d like to believe that I’m smarter than a rat, but given what I’ve observed of their activities over the years, I can’t definitively say that I am smarter. However, today I made a crushing blow against the rodent resistance and we laid a concrete slab over the area into which the rats had dug tunnels and gained access into the chicken enclosure (and the prize of the plentiful winter grains).

First we set out timber formwork over another quarter of the chickens run. Formwork is the fancy name for the timber that holds wet cement in place so that it can dry and cure into concrete.

Observant readers will note one of two holes that the rats had dug so as to gain access. Anyway, they no longer have easy access as we mixed up the cement and poured it over the area.

That’ll stuff ’em, for the moment anyway. Over the next few weeks we will continue to extend the concrete slab until the entire area is covered. After that, I’m pretty certain the rats will come up with a new way to gain access to the chicken enclosure, but I have no idea what form it will take.

It isn’t only the rats that can dig in the soil. We’re pretty handy at that task too. Over the past few days, we finished excavating a flat site on the existing blackberry terrace. Over the next month or so we plan to construct a small garden shed on that flat site.

We also began extending the excavations on the next terrace above (which is the existing strawberry terrace).

Of course nothing is ever simple when you excavate using hand tools and an electric jackhammer. We unearthed a huge old tree stump which you can see poking out of the ground in the above photo. I reckon old eucalyptus tree stumps take at least a millennia to break down. Despite the tree having been gone for decades, the timber is as hard as. We managed to remove half of the tree stump but had to call it a day as we were both tired from the exertions.

Still, I reckon it is looking good and you can place the two extended terraces into some context in the next photo:

One good outcome of the excavations is that we unearthed a huge quantity of rocks. Every rock has a use and this was a good haul:

On a completely different topic – If anyone has ever wondered why the charming Sir Scruffy earned his name? Well wonder no more:

I feel that spring is moving closer. Today working outside in the sun, mid afternoon it almost felt as if the sun were burning my skin and there was some toothy heat behind the suns feeble winter rays. The plants also confirm my suspicions:

There are some flowers too:

The small birds have been also enjoying the warmer weather and I spotted this little red breasted robin in front of two massive eucalyptus (Eucalyptus Obliqua) trees:

58 thoughts on “You can’t stop regress”