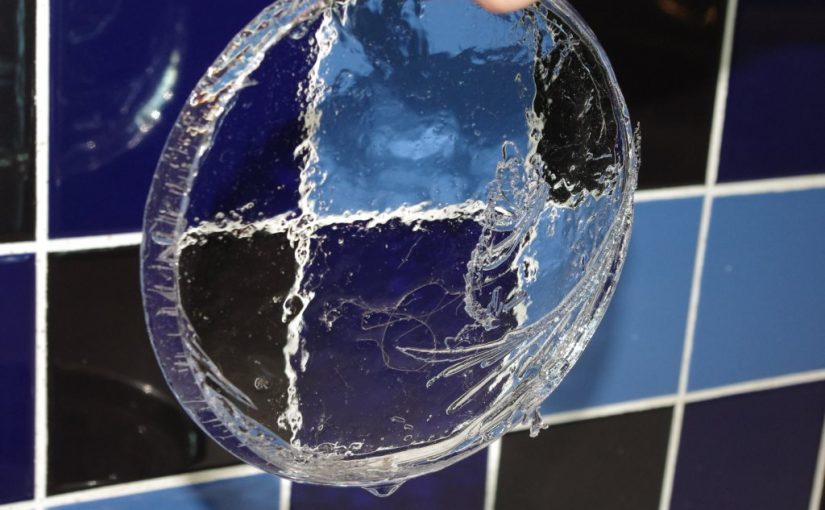 The other evening the editor and I were in the big smoke of Melbourne on the hunt for a coffee and cake, and then a meal. Such expeditions are profitable undertakings because you never quite know what food genius you’ll discover on the journey. On a recent hunter gatherer expedition, we discovered a small “Piña colada” cake which has a green topping unlike any colour green you’ll ever spy in nature, but wow, is it good or what?

However, during the most recent saunter through the inner suburbs of Melbourne, by sheer chance we happened to pass by a supermarket where a young lady was exiting the premises possessively clutching the largest pack of rolls of toilet paper I reckon I’d ever seen. I salute the fact that she was saving money by buying the product in bulk, if only because that appealed to my inner tightwad!

At a guess I reckon there were about forty rolls of toilet paper all wrapped neatly in plastic. The paper looked silky soft too. I salute the War of Waste, I mean everyone is worried about a few million plastic straws and use once plastic shopping bags going into landfill, but why is all the plastic packaging conveniently ignored?

Perhaps it was envy on my part because we don’t enjoy silky soft toilet paper here.  For many long years we’ve used a product that claims that it is made from 100% recycled office paper. And even better the rolls are wrapped in paper  which can be used for kindling in the wood heater. And the paper ends up in the worm farm sewage system which ultimately benefits the soils and wildlife on the farm.

It wasn’t always that way though. In my very early twenties I shared an apartment (known as a flat down here when the building has no elevator) with a personable young lady. We had a money saving arrangement whereby we split the weekly grocery bill 50/50. That worked well for a while until I became dismayed at the sheer volume of toilet paper that the rapidly less personable young lady consumed. Rolls of the stuff disappeared every single week. It was something of a mystery to me.

Eventually I brought the unmentionable topic of unreasonable toilet paper usage to a head by politely asking the question: “What the f#$% do you do with all that toilet paper?” Of course at the time, I was a shameless young man hoping to leverage possible romantic relationships with the young ladies friends, and so I accepted her evasive answer which was: “Toilet paper has a multitude of uses”. In a win for my personal finances and inner state of parsimony we soon decided that the grocery bills would be split evenly, excluding the toilet paper.

We soon parted ways, and it was not on amicable terms. Fortunately for me soon afterwards I met the editor and moved in with her. I was satisfied with the editors bona fides as she too was tight with money, and even better there was no lingering mystery of outrageous toilet paper consumption between us. It all seemed very normal to me.

That does not mean that the mystery was solved, nor had it decided to not show its ugly head in other households. The mystery just went elsewhere. But sometimes, the mystery returned to our household. At those times, visitors were involved and both the editor and I marvelled at the inexplicable sudden increase in consumption.

I vividly recall one such event. I’ve always preferred older style houses, the older the better, but sometimes older style houses also come with older style sewerage pipes. Back in the day sewerage pipes used to be made from fired and glazed clay (i.e. pottery).  And I’ve dug a few of those up over the years. The pottery pipes were quite short lengths because they were generally heavy. The end of one pipe fitted snugly into the next pipe and so on until sewage was taken off the property. Unfortunately the seals between the pottery pipes aren’t as solid as the sort you get nowadays with PVC pipes. Inevitably the various leaks attract the attentions of plant roots looking for an easy feed and a drink during summer. Plants enjoy manure and a regular supply of the stuff would be too much of a temptation for some plants! Eventually plant roots work their way into the tiny seals between the pottery pipes and the sewer may become blocked.

A guest of the editor was staying at our older style house overnight. For some inexplicable reason which I guess we’ll never know (and perhaps there is an argument that we really don’t want to know) the guest used two rolls of toilet paper during her stay. It was a notable achievement, but other than thinking that it was a bit odd we didn’t really dwell upon the subject.

The guest departed early on the Saturday morning. We were in the process of selling the house and had an open house scheduled later that morning. Well, what a time for it to happen, but all that toilet paper (and other materials) began floating out of the gully trap (a device which provides access to a sewer connection but also stops noxious gases from escaping) flooding the back yard. It was like a scene out of a horror film!!!

Fortunately the real estate agent was very quick witted, saw what was happening, moved a few pot plants around and locked the back door which gave access to the back yard. He explained to people that we’d forgotten to provide him with the keys on that particular day. We employed a local plumber to clear the blockage in the sewer.

And to this day, we still don’t know how or why people could use so much toilet paper in such a short period of time. All I can hope though is that these profligate toilet paper people are concerned about the War of Waste.

This week we experienced the coldest morning that I can ever recall in this part of the world. People in much colder parts of the world may laugh, but far out it was cold: -2’C or 28’F.

Frost was everywhere. Even the dogs water had frozen solid:

Some of the garden beds also looked as if they had frozen:

Many fruit trees have now produced early blossoms. I’m just hoping the frost does not effect fruit set on those apricots and almonds. I did notice that a cactus appears to have suffered frost damage and the top part of the plant looks as though it may have died back.

The bout of cold weather hasn’t put the brakes on projects at the farm. This week we constructed another cement step on the latest concrete staircase. Ollie, the Australian cuddle dog (sorry, I meant to type cattle dog) is like a magnet for wet cement. He lurks around making a nuisance of himself and threatening to graffiti the drying cement with his large paws (as he has done in the past).

The corn enclosure was completed this week. The local wombats and wallabies have learned that they can compact and bend chicken wire, so the stuff has to be anchored no matter how strong it is. With that in mind, all of the heavy gauge chicken wire was attached to the steel rails surrounding the enclosure.We also placed a layer of the locally quarried crushed rock with lime over the surface between the corn enclosure and the strawberry enclosure. That stuff provides for an all weather surface.

Peak rocks is the worst. That is the time when all of the easy to extract rocks have been extracted and you have to go ever further afield whilst expending ever more energy simply to maintain the supply of rocks that you’ve become used to. And we use a lot of rocks in various projects here.

Well its over for the time being! The editor discovered an ancient flow of lava on the property that is full of rocks. And we’ve gone hard extracting them, and there are still more. It is a fair call to say that with the extra supply of rocks, we’ve increased our consumption of rocks. We began filling the new steel rock gabion cage with the smaller rocks.

Mid sized rocks get used to support the downhill side of the path to the chicken enclosure and secondary wood shed. Plus we added a nice additional layer of locally quarried crushed rock with lime to the all weather surface.

Larger rocks, one may freely describe them as boulders, get used as a rock wall adjacent to the primary wood shed. There is a reason that larger rocks need to be used there, although it may not be apparent to readers until maybe sometime next year (more of a mystery than inexplicable use of toilet paper).