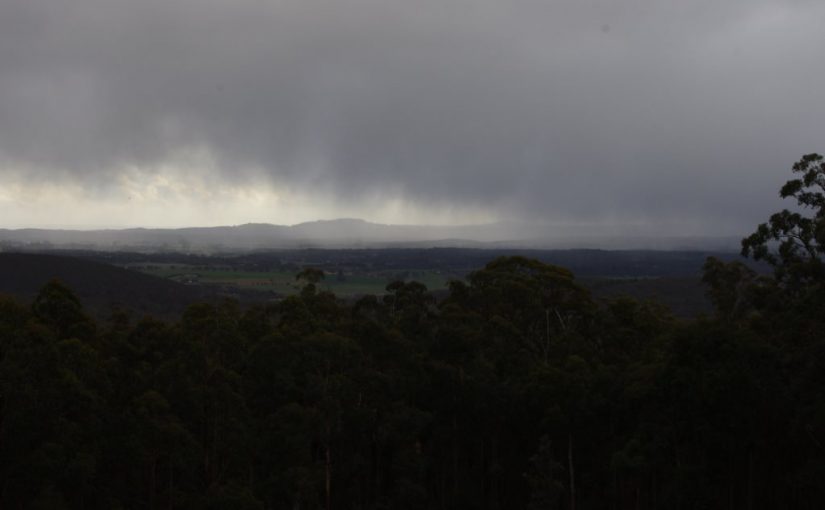 As a bit of a confession, I regularly read the real estate section of the weekend newspaper. I am a bit guilty reading it because it feels like having a dirty little secret. Anyway, it is no longer a secret, because I’ve just shared it with all of the nice people that read the blog. Ah, an unburdening of secrets, that feels better. 🙂

Real estate is a bit of a spectator sport down here, and I read the real estate section because I like to keep a watch upon economic trends, and also because I’m occasionally expected to make intelligent remarks upon such things. Not that I really know anything at all about the subject. Anyway, I feel that money is a strange beast and a case can be made that it isn’t worth what it once was.

The editor and I have lost money on a house in the dark past, and that is despite putting blood, sweat and equity into the building and property. And I mean blood in the most literal sense, as I recall one exhausted Saturday afternoon when I put the blade of the angle grinder through part of my finger whilst on the underside of the house. I was quite surprised to see that a lot of blood spurted onto the structural timbers of the house, and a smarty pants might suggest that I had made my mark! Certainly it will leave a mystery for any future forensic teams investigating the decades old blood stains. Fortunately I was young, the cut was not deep (and had in part been cauterized by the angle grinder blade) and I healed remarkably quickly.

Despite the shedding of the blood, we lost money on that house.

I wonder where the money that we lost on that house actually went? I guess suppliers of the materials we put into the house enjoyed some of the money. A couple of tradesman also benefited from our expenditures. Also we spent some money on tools, such as the angle grinder which cut into my finger, so the suppliers of those tools did well too. The bank even got repaid for their loan after we realised the loss. So I guess the only real losers were the editor and I.

It is a curious thing about money in that it can be created out of thin air, but it can also disappear, as we discovered all those years ago and much to our unhappiness.

Governments can create money apparently out of thin air. It is a neat trick being able to create money, and I’d certainly enjoy that perquisite. Although, I’m not sure what I’d do with the sudden access to huge volumes of money, but I reckon I’d think of something. I might even ditch this place on the side of a mountain so as to purchase a nice chunk of flat fertile land. Flat land is good. Flat, fertile land is even better. With a dam (pond). And a tractor.

Sometimes governments create too much money which they use to pay for their day to day expenditures. That action causes prices to go up because suddenly there is more money sloshing around the population being used to pay for the same amount of things. Everyone tries to use their money to buy some stuff, and because everyone has lots more money, they offer to pay more – and the prices go up, sometimes quite a lot. That appears to have happened recently in Venezuela. Fancy taking a holiday in Venezuela anyone? I didn’t think so. If you are interested, here is an article about what has recently happened there: Can Venezuela halt hyperinflation?

One of the photos in the linked article about Venezuela shows the stack of bank notes required to purchase a chicken. And the stack of notes is bigger than the chicken by a considerable margin.  It is an impressive effort, and it also tells me that at times chickens are worth more than paper.

I’ve often wondered whether systems that can create money every year, sometimes don’t also have to then sometimes ‘disappear money’. I had money disappear when I sold the house at a loss. The money was just gone and nobody appears to have benefited from me losing the money. It was simply gone and losing the money made me feel sad. Fortunately the editor and I were young, were willing to learn from our mistakes, and so we were able to move on and try something else.

Houses as a spectator sport. Yes, the median house price (median referring to the middle price) for Melbourne was recently quoted as $720,433. That amount of money sure is a big stack of notes, and from my recollection of the not too distant past, it wasn’t always that way, by a long shot. In fact if house prices had risen as rapidly way back in the day when we sold that house at a loss, well, we possibly wouldn’t have made a loss on the sale of the house.

With all of those rising house prices, it is hardly surprising that my house insurance bill has been increasing too. It only makes sense really, houses cost more, so insurance coverage has to cost more too. Math is not really my area, but a smarter person than I am once told me that if a price increases by 7% per year for ten years, by the end of that decade, the price would have doubled. Far out, but my house insurance has increased on average by 12.8% per year for the past six years and whilst it hasn’t quite doubled in cost during that time, it is very close to doing that.

Venturing into the deep and heady waters of mathematics (plus I got the editor who is very good at math, to review my calculations!) I reckon if the rate of increase keeps continuing at the present rate, well, let’s just say that by 2028 my house insurance bill will be epic. I note that incomes aren’t increasing at the same exponential rate as these costs. And without insurance, if you are faced with a natural disaster such as extreme weather or a major fire, what response should you consider taking? And even more importantly, can you afford to rebuild following that disaster?

Earlier in the week the weather was superb. The early spring days were glorious and the sun shone benignly in deep blue skies. Such weather is perfect for concreting.

The new concrete staircase leading up from the corn / strawberry terrace is now complete. The penultimate step was poured earlier in the week:

Then, in a fit of delight at such nice weather, we poured the final step on that staircase:

We’ve also been continuing construction of the new shed on the blackberry terrace which sits immediately below the terrace upon which the new stair case is constructed. It can be hard to get an idea as to where all of this stuff is going on but here is a photo looking up from the terrace below those two (the potato terrace):

I love scrounging for materials for these projects. Over the weekend I travelled into a nearby housing estate to pick up a second hand (but never used) window for the shed. I don’t usually visit housing estates, but I did note that the some of the houses were larger than I’d expect given the land size. The land size appears to have shrunk and it was rare to spot a house that had enough land to sport a backyard, let alone a vegetable patch or some fruit trees. I reckon that is another form of inflation. Landflation!

We also picked up the timber for the shed frame and roof at a nearby timber yard. The timber was interesting as we picked termite treated laminated beams (the fancy way of describing a length of timber made up of glued together chunks of timber sort of like plywood). They’re a blue colour which is quite disturbing, but perhaps even more disturbing for the termites.

I have also been trialling a more reliable pressure switch for the garden water pumps. The garden water pumps are really good when they work, but over the years I have been unimpressed with their ability to continue to work without a lot of unnecessary messing around on my part. I’m still messing around with that stuff, and this week I installed a really basic water pressure switch which is used to switch the pump on and off again when needed. I really like this new switch because I can see when it works – and also when it doesn’t work.

This switch has solved one problem with the garden water system, but it has also revealed a further problem which I’ll investigate over the next few weeks.

On Saturday, the spring weather disappeared and a huge storm rolled in. It was like watching a wall of falling water rapidly approaching the farm.

The temperatures plummeted, and hail and sleet fell. Spring had temporarily left the building…

Still I can’t complain as earlier in the week the weather was really nice:

68 thoughts on “Not Sustainable”