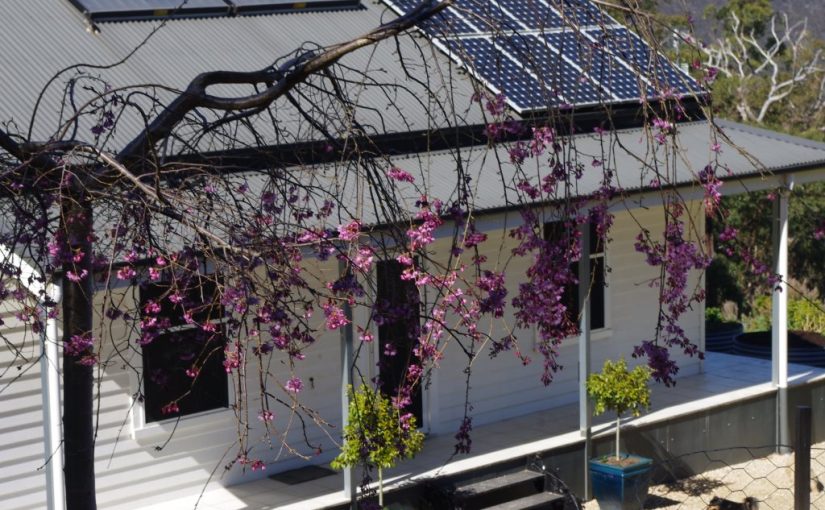 It is a burden to be perpetually uncool. Sometimes I wish I was more like the cool kids because nowadays the cool kids seem to have issues with their digestion. I’m not sure why that is, but it seems to be a thing and I’m missing out. Unfortunately, because I’m uncool, food ordinarily goes in one end and then comes out the other, usually with no complications.

A month or so back, I read an article on the most respectable Australian Broadcasting Corporations news website which claimed that “about half of the Australian population complain of some form of digestive problem”: Gut health testing now just a post box away. Such a situation is extraordinary, and I for one wonder what is going on. There sure are a lot of cool people down under.

Interestingly, the article actually reflects what I’m hearing from people. Alarmingly for me and I’m not sure why, people really do talk to me about their digestive problems. I know far more about other peoples guts than I do about my own. This may explain why I feel uncool, because I have real difficulties sharing war stories about the intricacies of digesting yesterdays meal if only because I don’t have any stories.

Although now that I think about it, there was that one time when Scritchy the miniature fox terrier – who is the boss dog here – almost killed me, and she most certainly left me with digestive troubles. One evening a few years back, and I’m ashamed to admit it now, I was teasing the innocent Scritchy. I was holding Scritchy in front of my face and repeating (in a stupid sing songy voice of course) the chant, ‘who wants her beef jerky?’

Now at this point in the story I would have been wise to recall that it is Scritchy who is the boss dog, and not myself. Scritchy who despite her diminutive size is clearly an adherent of Sun Tzu, because she made an unprecedented move: She licked me full on in the mouth. Later that evening I became really unwell. Then was seriously unwell every half hour. The next morning found me recovering in the local day hospital after a shot of anti-nausea and a rehydration drip. The doctor told me that if I’d continued with my digestive problems, I probably would have soon faced the awful prospect of organ failure. Lesson learned, don’t antagonise the boss dog.

So digestive problems are to be taken very seriously. Scritchy also.

Given Scritchy herself did not seem to be suffering from any digestive problems at the time, I thought I’d ask her what her opinion was. She told me to naff off as she was busy being the boss dog and all, which appeared to me to be warming her body in front of the wood fire, and that perhaps I should ask Ollie who has too much free time on his paws.

It seemed like sound advice, so I asked Ollie the Australian cuddle dog (whom long term readers know by now is actually a cattle dog) about how the dogs, all of whom appear to have very robust health, deal with their digestive health issues. Ollie replied: “Chris. Get here. We’re going to the bottom paddock to get my cube.” It sounded very authoritative and slightly scary, so I asked Ollie: “What’s a cube?” He replied even more assertively: “Chris. Get here. Now!”

So I put my hand (which was in a leather riggers glove) into his mouth and Ollie lead me down to the bottom paddock. As a fun side story, Ollie really does try to out-alpha me by gently grabbing my hand and attempt to take me for a walk. At the bottom of the paddock Ollie proclaimed: “Here’s my cube”, and then proceeded to consume a wombat poo.

Our canine friends consume the most disgusting things, wombat poo being one of those. I wouldn’t recommend consuming such foodstuffs as it would probably make a person very ill. But Ollie may well have a point, in that I feel that he may have been trying to tell me that us humans are currently trying to digest food which is leaving us with an inadequate gut flora and fauna, and that perhaps we need a far greater diversity of life in our guts than we may believe.

Anyway, what does Ollie know about such stuff, if only because like me he doesn’t have digestive troubles, so he’s probably about as uncool as I am. I would like to point out however, that I don’t eat wombat poo, which probably makes me appear uncool to Ollie.

It did however remind me of the troubles that I had with yoghurt a year or two back. We’d been making yoghurt at home for years, but then all of a sudden all of the batches failed and despite our efforts we were left with sour milk. And that is despite throwing everything we knew about yoghurt at the problem.

What we now believe happened was that a macrophage evolved in the kitchen. A macrophage is a virus that attacks and consumes specific bacteria. Now of course everyone knows that bacteria is essential to convert milk into yoghurt. But if the bacteria is dead, all you’re left with at the end of the yoghurt making process is milk. And that was what happened.

After consulting Sandor Katz’s most excellent book (The Art of Fermentation – not to be confused with Sun Tzu’s also excellent book The Art of War – as they say, same, same, but different) we went right back to basics. I managed to track down and purchase five different live yoghurt cultures which contained who knows how many different strains of bacteria in them. And then I mixed them all up and began the yoghurt making process from scratch again.

The results are in, and I now make weekly batches of yoghurt using fresh milk and about a half to a third of the previous weeks batch. The lesson learned for me was that in order to overcome the macrophage that killed off the original bacteria, you don’t just need one strain of bacteria, you need an entire symphony orchestra of bacterial strains. And if you extend that understanding a little bit further, the cool folks might want to consider the diversity of the flora and fauna on the foodstuffs that they’re taking into their bodies?

Earlier in the week we raided our newly discovered repository of rocks and have now completed adding rocks to the path between the house and the secondary firewood shed. We also levelled out the path by adding in more of the locally sourced crushed rock with lime:

A close up photo shows that the asparagus are enjoying the warmer spring weather:

We made roof trusses for the new garden shed and even had time to attach them to the shed timber frame. A roof truss is the fancy name for the timber used in the roof, which in this case is an “A” shaped design. I really like the symmetry of construction and we are using plenty of scrap materials in the new shed:

After another couple of hours work, all of the roof battens were anchored onto the roof trusses. Roof battens is the fancy name for the horizontal bits of timber placed on top of the “A” framed roof trusses that you attach the steel sheeting to.

Observant readers will spot the two straps of steel on each side of the roof. The steel strap is enormously strong and is used to hold the roof timbers onto the timber posts just in case the farm gets hit by high winds from a tornado. That did actually happen many years ago on a Christmas Day when a tornado ripped through the farm. Fortunately everything here is constructed with very high winds in mind.

A leaking water tank was repaired by the manufacturer. The repair job is not pretty, but it appears to be serviceable. A patch was plastic welded onto the tank over the leaking outlet. Welding plastic is very difficult, especially polyethylene.

Bone Wars continues… That bone sure looks as if it has been buried and then dug up again, but as Ollie is uncool because he consumes a wide variety of biological flora and fauna courtesy of the healthy soil.

In breaking plant news! I spotted the first signs of the strawberry season:

The ornamental weeping cherry has begun flowering over the last couple of days.