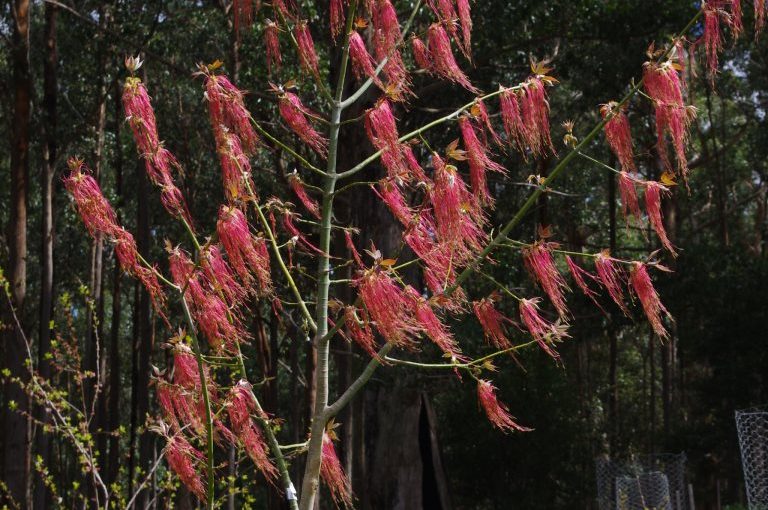 Earlier this year there was an amusing advertising campaign which began with the line, ‘Broke AF’, before then going on to make a solid case for consumer credit. The advertising campaign may not have been targeted at me, probably because I’m too old to understand what the advertisement was originally going on about. I had to ask the Google search engine the blunt question: What the heck does AF actually mean? I almost blushed at the reply, it was most certainly not family friendly!

Despite not being a millennial, I can dig consumer credit, man. For some reason my mind returned to my one major experience with consumer credit, way back in the early 1990’s. That was the height of the recession down here, and I’d loyally banked with the same credit union for at least four years, and thought that the relationship meant something. Naive AF.

It didn’t actually mean anything at all, if only because when I went to them and asked for a loan to purchase a super duper top end and whiz bang 486DX computer with the all the bells and whistles. Well let’s put it this way, they weren’t as enthusiastic about the idea as I was. In fact, they rather bluntly informed me that it was a really bad idea and that they wouldn’t lend me the money to buy it.

I was rather put out by their campaign of intentional austerity which was being harshly applied to me, and so in a fit of pique I cancelled my account with them. I was appalled at the outrage and injustice of it all, as I’d been putting my hard earned minimum wage in there for years – and then of course dutifully spending all of it. That will teach the likes of them, at least that is what I thought at the time. Vengeful AF.

Now truth to tell, I hadn’t been entirely faithful with my credit union as I’d held another bank account with a different banking business for more than those four years. I’m ashamed to admit it, but the credit union was merely convenient, until I felt spurned.

So I transferred all my mad cash business to the bank, and almost immediately came up with the bright idea of going to them cap in hand for a personal loan.

Back in those days of recession and credit stinginess, you really did have to go cap in hand and do a bit of grovelling. And they appeared to love treating their customers like dirt, as that was my experience. Anyway, it was all good as I’m not above a bit of grovelling to a financial institution, especially when the ultimate goal was a brand new games machine, err sorry, that was a typing slip, as I meant to type, PC for use with my University studies.

The story is quite convoluted because at around that time of my heady experiments with consumer credit, I was made rather rudely made redundant from my cushy state government job. The upside of that job was that I was able to use all of their computers and printers in order to do my University tutorial work and assignments. It was the best arrangement, if only because they had all this awesome computer power back when few other work places had access to the stuff. And nobody cared at all whether I used that computing equipment for personal purposes.

To my absolute horror, I rapidly found out that in private industry and doing low status debt collection work, all sorts of people higher in the pecking order seemed to have rather inflexible opinions about me not using the companies computers and printers for personal work. Double unfair!

So off I went to the nice bank to ask them for a personal loan to buy my possibly overly specified super duper computer. And in a really weird turn of events, and this is truly strange: who was next behind me in the queue to see the teller on that fateful day: The editor. True story! The editor at that time was a friend of a friend. We had a cordial discussion that day and I’m pretty certain now that the editor would have remonstrated with me rather strongly if she knew what I was about to do! And I would have ended up with a miserly 286 computer, which I could have afforded. Honestly, a strong case could be made that it would have been for fine for the University work, but not for the games… It is probably unlikely that the editor would have been jealous of my future 486 computer even though she only owned a barely acceptable 386 computer. (Editor = Sensible AF)

Like all good romance stories, the boy got the computer. Triumph! The games were awesome for a while and I was the envy of my friends. Then ever so slowly my relationship with the computer soured because the games required more and better computing grunt. Intel even had the cheek to introduce the new Pentium powered computer, and my sad little 486 wasn’t comparing too well. What is even worse was that the now forlorn boy gets to hear about friends enjoying games that he can’t play – and the debt for some reason didn’t go away. In fact the debt scored an interest rate increase and boy felt even more unhappy with the situation. Obsolete AF

As time went on and despite unhappiness with the obsolete, but expensive computer, boy discovers more interesting things to do with his time because the boy got the editor. Unfortunately the consumer debt was not a wise decision and the editor couldn’t believe the boy’s foolishness. But like all happy endings, in a fit of mutual affection both boy and editor worked together to get rid of computer debt. Consequently boy is banned by the editor from ever delving into the murky waters of consumer credit again and the couple live happily for ever after. Happy AF!

A few days ago I spoke with my neighbour who let me know that the burn off restrictions will soon be enforced (about mid October apparently). I was intending to work on the shed, but instead decided that it might not be a bad idea to cut up the huge branch that fell from a large tree a few months ago.

It took about half a day of work to cut up all of the timber that could be converted into firewood. I also moved all of these chunks into an area that receives a lot of sunlight so that the timber dries more thoroughly. You can’t burn wet or green timber and it is best if firewood has a moisture content of about 14%.

Then I spent a further couple of hours work cleaning the area up. Neat AF!

The Aboriginal people call the process ‘cleaning up’ too, and I can’t think of any better way to describe the process. They of course used fire, whilst I use a self propelled mower, but the outcome is the same. Many years ago, the area in the photo above had absolutely no top soil and was a hard clay pan. No other plants grew in the area other than the Eucalyptus Obliqua trees. It is hard to see in the above photos, but the diversity of plant species is really starting to improve there, despite the best efforts of the Eucalyptus trees at their chemical warfare.

And I also spent some time repairing patches of soil where nothing was growing. I usually rip the clay by hand using the mattock and then add coffee grounds and soiled chickens bedding. Within a couple of years the area will be teeming with plants.

The largest trees in the forest are worthy of our consideration and protection, if only because no bird or animal can live on a Eucalyptus sapling. I reckon it usually takes about 80 years of growth before a Eucalyptus tree sports enough hollows (where branches have fallen from) that birds and other animals can set up houses in there.

And over the years, if a healthy under story plant community is encouraged in an open forest, the smaller to medium sized trees can get huge:

Spring has picked up here and the UV is now rated as High. This means that all of the plants are growing strongly.

I’m quite the fan of maple species and have a wide variety of them growing here. They have a well deserved reputation for being a bit weedy, but I’ve never really noticed any feral patches of them in this side of the mountain range. In the more fashionable end of the mountain range, there are quite large stands of sycamores which are an under story tree because they don’t stand any chance of competing against the royally huge Eucalyptus Regnans (Mountain Ash). I guess this proves that it is good to be the King or Queen of the flowering plant world!

Another very attractive maple is the Acer Negundo (Box Elder) and the flowers look great:

A close up of the flowers shows just how intricate they are:

This year has been quite notable for the sheer number of frosts. There has just been one frost after another. I’ll be grateful to get any apricots this season, but I grow a wide variety of those plants so hopefully some fruit will eventually grow. The almonds on the other hand seem a bit more hardy to frost, and I spotted these tiny nuts growing: