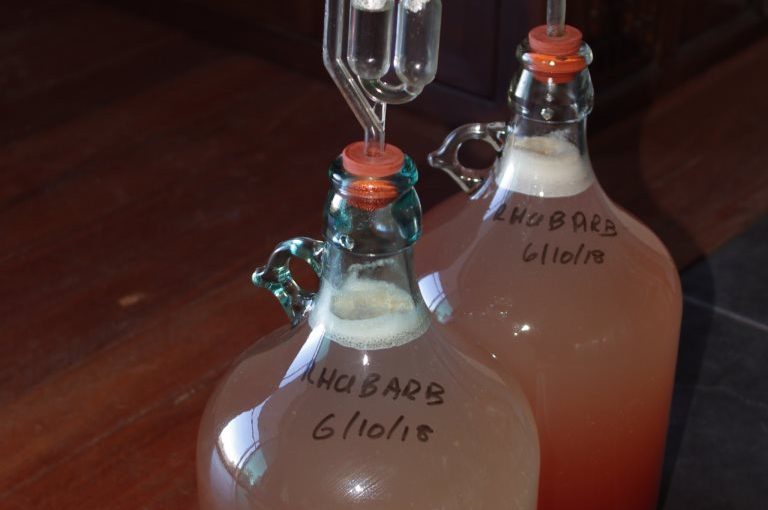 It would be nice to have access to bucket loads of mad cash. Just think of the things I could do here on the farm using heaps of mad cash! Sometimes, in the darkest hours of the night, I think to myself that I should write for children or young adults. It seems like a very lucrative market to me, and I don’t believe that I’ve ever heard anyone claim that either J.K. Rowling or the Wiggles are hard up for mad cash.

But then the darkness quickly fades and reality sets in and I rapidly fall back to sleep. It is at that point that I’m content in the knowledge that whilst I’ll never have access to serious quantities of mad cash, I won’t have to be a children’s author either.

Sometimes, you just know that some things just aren’t right for you. It probably doesn’t reflect well upon me, but at times of existential crisis in the wee hours of the dark night, I reflect upon what I’ve learned from some past interactions with children.  And for all I know past interactions are probably indicative of possible future interactions.

One such occasion was at least two decades ago, and I guess my youth and inexperience must explain the circumstances away.

The editor and I were living in an old Victorian era workers terrace house and were slowly fixing up the house at night and on weekends. I quite liked the house because whilst it wasn’t very wide, it was actually quite long. It was so long in fact that we had a back garden with off street parking for one vehicle.

The original builders in the late nineteenth century had never considered off street vehicle parking. But for some strange reason the old cobblestone lane way behind that particular house was really wide. Once upon a time, the old timer night cart horse and dray teams used to use those lanes to take away peoples excrement in the days before sewers. So I could use this really wide lane way to park my trusty old 1974 Porsche. That was a good thing, because I would not have been able to insure it, if I was only able to park it on the street.

At the time, I also had a motorbike which I used to ride to work. Like the Porsche it too was old. In fact it was a 1982 Yamaha XV750. I tell you, you knew when that beast of engine got fired up (if it could be started in the first place, which is a whole different story). The neighbours also used to know when I was starting the motorbike up, but fortunately for them I was never an early riser.

All of the houses alongside the house that the editor and I were fixing up, were also Victorian era workers cottages. The street was really beautiful as it had old established trees and just house after house of eclectic brick (mostly poly-chrome) Victorian era houses.

Now my neighbour had a garage with a loft room above the garage. It was like the ultimate man cave that loft, and it even had bathroom and cooking facilities.

Then it got a little bit weird. For some inexplicable reason, the neighbours ex-girlfriend managed to get her ex-boyfriend with his two children moved into the loft above the garage. Clearly the ex-boyfriend and his two children had befallen on hard times. The kids were bored out of their brains.

In fact, the kids were so bored that they sometimes used to throw those really bouncy and brightly coloured balls into my backyard, where the dogs quickly enjoyed chewing the balls to complete oblivion. As a fun side note, for a few weeks that year, the dogs poop was also brightly coloured!

The kids quickly grew tired of that game.

I used to keep my trusty old 1982 Yamaha parked next to the Porsche way down at the back of the garden. The loft loomed over both car and bike. And one day as I gratefully managed to get the engine started on the bike, I happened to look up and see two children leering over me. Doing something suspicious. What was it? I couldn’t believe it, they were going to drop something on me. Maybe a brightly coloured ball?

The outrage of it all. Despite being in full black motorbike leathers, I just wasn’t scary enough for the kids. Perhaps I hadn’t thought to put my helmet on quickly enough and they peered into my gooey kind eyes… Probably not. It was however fortunate for me that I hadn’t yet got my helmet on, because the kids could certainly hear me commanding them to: “Get lost”. Those two kids were challenging my mojo – and they were winning. Down upon me they peered, serene in the knowledge that they held the high ground on that battlefield. And they sure looked smug and certain about my inability to do anything about the situation.

I rapidly considered my options and the many brightly coloured bouncy balls that had been consumed by the dogs recently. I also realised that the kids weren’t going anywhere soon, and if I didn’t act fast, they’d have the upper hand. And before I knew it, I had yelled at top of my lungs: “F!@k Off Kids!”.

Quick as a snake in full on attack mode, the father of the kids popped his head out and told me off for swearing at his kids. Apparently I was a poor excuse for a human being. I did however note that he didn’t appear to remonstrate with his kids about dropping items onto adults heads who were not family members, but I guess that was a side issue. Anyway, angry words were spoken as we had quite the heated argument, which largely went nowhere.

Then the next day they moved out and I didn’t have to deal with the kids again. The neighbour who owned the house had exceptional manners if only because we never spoke of the matter and always maintained the most cordial of terms.

Earlier in the week I visited what must have been the crustiest and most decrepit industrial estate in the big smoke and purchased some steel sheeting with which I’ll begin covering the new shed with. Honestly, I was grateful that I wasn’t mugged in that industrial estate as it really looked like something out of a post apocalyptic novel. The guy that sold me the steel was a really lovely bloke and we had a nice chat for a while about the state of the world and dogs. He was missing some front teeth however which heightened the post apocalyptic feel (perhaps there are no dentists in the post apocalypse?)

A few days ago we installed the door on the new shed. The door is an old glass and timber door that we had laying about the place. We added stainless steel mesh over the glass, and steel sheet over the timber. And then a lovely flea market obtained lions head handle.

Then about half of the walls were covered in the steel corrugated sheeting.

Observant readers will note that the window on the side of the shed has been covered with two layers of aluminium mesh.

On the next terrace up above this new shed is the corn enclosure. Today, we planted out about 100 corn seeds. Once the corn germinates I’ll probably have to begin watering them. There is water storage on the same terrace as the new shed, but no water pump with which to send water higher up the hill to the next terrace. With that problem in mind I began constructing the water pump arrangement. The job is not yet finished, but I reckon I’ve learned a thing or two about water pumps over the years.

The off grid solar power system has been having a few troubles recently with recording data, and I’ve been working with the manufacturer to try and resolve the matter. Fortunately, the manufacturer is located in Melbourne and they’re really lovely people.

Today as I was working on the solar power system, I discovered something very unusual. The six panels connected to one charge controller (one of the three brains behind the system) was reporting a far higher charge than it possibly should. It seems that because the sun is now higher in the sky following the spring equinox combined with very cool air causes the solar panels to produce far more energy than I’d previously thought possible. I would have expected a maximum of around 31 amps(5.2A maximum output x 6 panels). Not so! As the air heats up as summer gets ever closer, the panels won’t be likely to produce as much power.

I often get the vague feeling that nobody really understands this solar power stuff. And if they’re telling you they do……..

Rock projects are continuing and we have made great strides towards completing a big chunk the rock wall along the path from the house to the chicken enclosure.

How good does the soil look in the photo above?

And the newest steel rock gabion cage is fast filling up. The most recent finds of rocks has averted the most awful situation of peak rocks – for the moment…

We’ve also begun a round of soap making:

Production of sake (Asian rice wine) is also starting to ramp up with the warmer weather:

Spring and autumn are the traditional wine making months due to the free energy from the sun and we also began a batch of rhubarb wine:

Produce from the garden is beginning to come in thick and fast:

What can I say – It’s spring and there are a lot of flowers:

57 thoughts on “Why I don’t write for children”