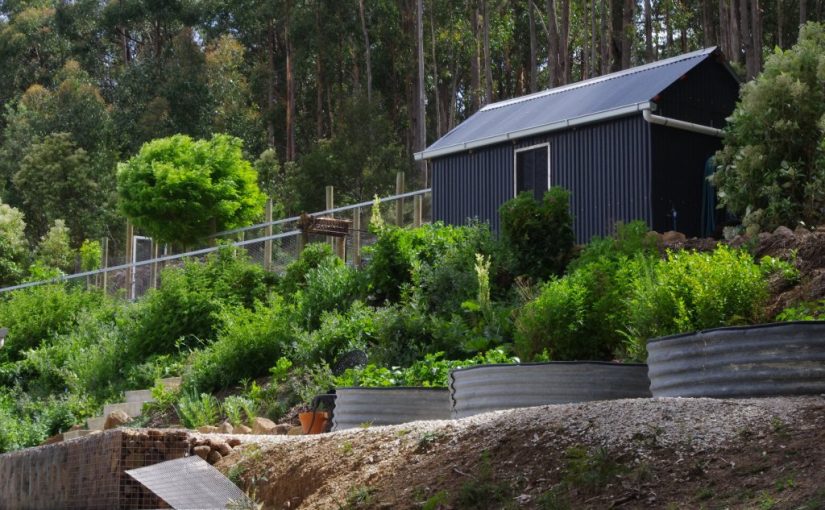 Some people have only one tool in their mental toolbox, and they try to use it in all sorts of inappropriate situations. Having only a single tool in the mental toolbox can be very unfortunate indeed, especially for other people around them.

Take Sir Scruffy for example. Sir Scruffy is a very charming dog, and a crucial elder member of the fluffy collective, but when he puts his mind to it, he can really kick up a fine and proper sulk. If he was one of the seven dwarves (of the Brothers Grimm story about Snow White), well he’d be the Sulky dwarf. I’ve never before encountered a sulky dog, but Sir Scruffy sure has that trick down pat and is not afraid to use it.

Ollie the Australian cattle dog is only only a puppy and he is quite unpredictable in his behaviour so who knows how he’ll turn out. However, Scritchy the boss dog is a very old girl, and she knows every possible permutation about being the mean dwarf. And Toothy, well, he’d be the grumpy dwarf because he is quite vocal about sharing his sense of displeasure at any unexpected turn of events.

The dogs here are quite the collection of personalities, but that shouldn’t come as a surprise, because people are like that too. It is however unfortunate when you have to deal with people who have very limited set responses to every situation, if only because not every situation requires the sulky response of a seasoned campaigner like the usually charming Sir Scruffy.

I’d never really thought about such things until I first entered the world as a young adult (edit: as a puppy?). Full time work thrust me into the adult world where people could be sulky, mean, and/or grumpy a lot of the time. And to my eyes the adults seemed very happy about the situation and didn’t look like they were willing to change any time soon.

Fortunately for me, as a very young adult I’d decided to move out of home as soon as possible. I moved into a share house with a whole bunch of other young adults. It was a lot of fun, and I encountered a lot of different people in a short space of time.

Some of the people I encountered were stoners, and I quite enjoyed their company because they weren’t sulky, mean and/or grumpy. In fact they had this sort of air of cool detachment about them which was probably because they were stoned. And I thought to myself, I could copy some of their mannerisms of cool detachment thus fending off the grumpy adults with a sense of irreverence for their concerns. Plus the stoners had great snacks, when they remembered to buy them.

I’ve never smoked because I had no desire to muck around with my mental health, but as time went on, I got pretty good at effecting the cool air and detachment of the seasoned stoner. It was a great mental disguise, and if people wanted to bring a whole lot of sulky, mean and/or grumpy to my doorstep, then whatever, man!

But that mental tool didn’t work in all situations for me because as I climbed the corporate ladder I discovered that people thought that I actually was a stoner! Some of them even asked me if they could buy drugs from me. It was about that time I thought that I’d have to get a bit more serious if I wanted to be taken seriously. I learned that my policy was subject to diminishing returns, man!

One of my other favourite mental tools is making other people believe that I’m very pleasant and very dumb. During the awful recession of the early nineties, when ten percent of the workforce was looking for a job, I had take any job on offer, simply to keep a roof over my head and food on the table.

The job that was available to me was that of collecting debts from people, on behalf of a big corporate. You wouldn’t think it, but it really was and still is a fascinating job. And I did that job for four years.

Nobody trains you for such a job because you are given a situation and a phone and told to get the money that the person owes. An extraordinarily simply instruction that is extremely complex to complete! But in those days it was quite relaxed, if only because it was such a thankless job that few people were willing to get involved in the process, so there was very little supervision or oversight. I quite enjoyed the freedom, and it sure beat the meagre income from welfare.

Over the years I heard so many different stories and permutations of the same stories. And I learned how to counter all of those stories. In fact within a few moments of speaking to a person I can usually guess which mental tool to bring to bear upon the discussion in order to achieve the desired outcome. And one of my favourite tools was acting really pleasant, and really dumb.

The tool works most of the time because most people like to feel that they’re pretty smart. I’ve met some genuinely smart people in my life, and well, they are actually smarter than I am! So, if you’re thinking that you’re smarter than other people, chances are that you don’t get out enough!

So, I’d happily get on the phone and act all pleasant and dumb, and I could almost hear the person on the other end of the phone thinking to themselves how lucky they were that they didn’t get a smart one demanding the money. I’d even have a bit of a laugh and a giggle with them, and inevitably the person would tell me the real reason they hadn’t paid their debt. And then we’d get to the good bits about what we were going to do about the situation. Often the person on the other end of the phone sounded relieved. There are only so many stories that explain their situation, and I reckon I’ve heard most of them over and over again.

On reflection, most of the stories are not new, sometimes they are unfortunate, but most often they don’t reflect well upon the individual. And people often have those stories fixed firmly in their personality, but you know, that mostly is a choice. I was thinking about this topic earlier in the week because when hard times hit, sometimes people need to learn new tools in order to help themselves through those difficult times, but unfortunately from what I saw of my years of debt collection work, they mostly just don’t want to.

The weather was really nice this week! The sun shone, and the air was cool. And the plants are all growing strongly. That unfortunately means that some of the garden beds became a little bit weedy… Both the strawberry enclosure and the blackberry / raspberry enclosure were weeded. We even added a huge amount of straw to the strawberry beds.

A layer of the locally quarried crushed rock with lime was added around the outside of the blackberry / raspberry enclosure. The path will provide all weather access.

I spent several hours replacing the low voltage water pump (which is attached to the water tanks on those two terraces) with a better quality unit that I had sitting around unused. Then it took a long while to fix all of the leaks with that system. Pressurised water is extraordinarily complex to stop from leaking out of any weak link in the system.

After the water pump woes were all sorted out, I was very pleased with the result of the work and the water pressure coming out of the hose was extremely good and powered by the sun. I celebrated by watering the corn!

Ollie the Australian cuddle dog (who is not so cuddly today as he rolled in some wombat poo) is always ready to assist with any work around the farm.

The next steel rock gabion cage is now about 40% full of rocks!

I reckon the garden terraces are looking pretty good!

Rocks aren’t only used in those cages, because the larger rocks are used to line the lower side of some of the many paths around the farm. Recently we’ve been working on the path to the chicken enclosure, and that is nearing completion.

Onto the late spring produce:

The corn has grown amazingly well from seed sown only a couple of weeks back:

The tomato plants were started from seed sown into the beds in the tomato enclosure and they’re doing remarkably well.

Some of the blueberry plants have produced berries which are as yet unripe (greenberries?)

The strawberries will be the earliest of all of the berries.

The gooseberries are also getting closer to being ready to pick.

And in a strange turn of events, the maqui berry has produced some fruit. I’m not sure whether I have a male or female plant, but I don’t believe they are self fertile plants. There is a mystery in there.

Apricots are getting much larger and closer to becoming ripe!