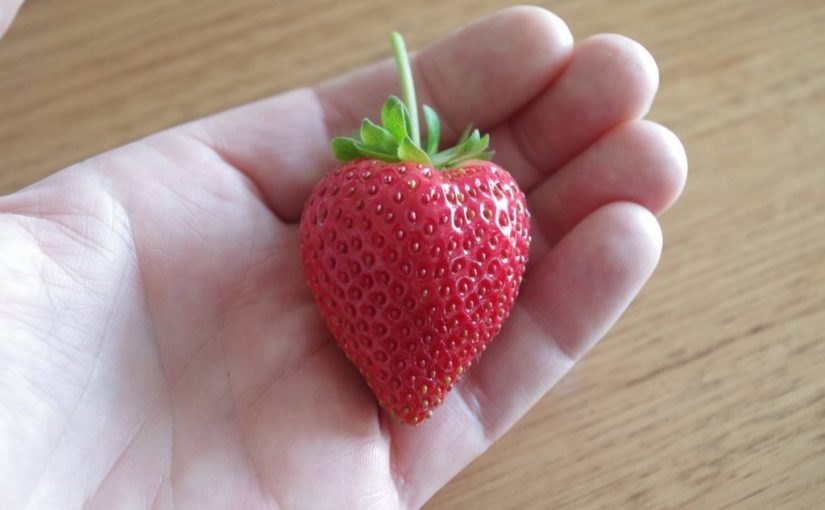 Earlier in the week, the editor and I had a desire to see the ocean. And so, we took ourselves – and the shiny new, dirt mouse Suzuki – to visit a coastal town that we know and love along the Great Ocean Road.

It is a nice town, and the local fisherman’s co-operative sells battered and fried scallops, which are extraordinarily tasty. We munched on the seafood whilst we ambled along the sea wall of the local harbour which juts out into the bay and protects the local fishing fleet (and pleasure craft). The weather was cloudy and cold and the wind was calm, but best of all, the cold weather meant that it was quiet.

The next day we enjoyed a delightful breakfast at a local cafe, and then a few hours later fortified ourselves with a scallop curry pie. Scallops are good!

All that yummy seafood demanded that we stroll along the beach for an hour or two. As we walked along the beach, I noticed that the high tide line in the sand appeared higher than I’d previously noted in earlier visits to the town. I was mildly assured to see that the local authorities appeared to have also noticed this, as they were installing rocks into the single dune that stood between the ocean swimming beach and the parts of the town closest to the beach. They were even using a bobcat to brush sand in between the rocks, which I thought was a nice touch. Neat AF!

A bit further along the coast to the south, the authorities appear to have removed a lot of sand last year to place on the swimming beach. The sand must have washed away over the winter, because I have no idea where it was. And a toilet block used by swimmers on the beach to the south, had been removed. I discovered an article which suggested that the building had been in danger of disappearing into the ocean. But, perhaps the land had actually disappeared into the ocean, because we couldn’t discover where the small building had sat despite having seen it by the side of the road for many years.

Anyway, it was nice that the authorities had decided to use rocks to hold back the ocean rather than simply replacing the sand for it to then wash away in the next big storm. To paraphrase the scientist Einstein, it is a bit bonkers to do what has always been done and expect a different outcome.

For some reason, seeing all that beach repair business, and despite the tasty scallops in my satisfied stomach, I began thinking about zombies.

Two dystopian films with the actor Charlton Heston, have always stuck in my mind. I’d seen them on television on repeat as a very young child. One was ‘Soylent Green’, where a police officer who was the protagonist in the story, unfortunately discovers that the commonly distributed food stuff of the future was produced using humans as the base ingredient. I doubt very much that humans would be as tasty as scallops!

The other film was, ‘The Omega Man’, which was a film adaption of Richard Matheson’s science-fiction novel, I Am Legend. I wasn’t sure whether the zombie like humans in the film were eating humans, and they probably weren’t eating scallops. However, they were seriously interested in killing the protagonist who was most un-zombie like. In fact the protagonist of the story lived as the lone human in the city in a heavily fortified house where he had to venture out during the day for supplies. At night the zombie like humans spent their efforts on breaking into the heavily fortified residence and trying to kill him.

Eventually the zombie like humans managed to catch the protagonist, and just before they executed him for living like an upper middle class human during the middle of the apocalypse, he was rescued by some hippies. I always thought that the hippie rescue was a nice touch to the film. To cut a long story short, the protagonist eventually saved the hippies by providing them with a blood transfusion which gave them immunity from turning into zombie like creatures. Oh, and the protagonist was eventually killed by the zombies. Very sad.

I’m not really a fan of hippies, if only because most of the ones that I’ve met in my time haven’t impressed me. But at the back of my mind I’ve always had this nagging doubt that maybe the hippies are right? Certainly watching a film where the hippies win over the zombies makes a salient point!

A few days ago, I listened to a radio news program and read an article about: Students strike for climate change protests, defying calls to stay in school. I reckon the kids might be onto something, and it is nice that they’ve attracted the ire of none other than our most recent Prime Minister ScoMo or whatever his real name is. Seriously, it is hard to keep up with that lot.

Both sides of the protest make some salient points. For example, fossil fuels are pretty handy, however burning fossil fuels at a rate which upsets the planets environment which supports us all is probably not a smart idea. As I listened to the news program and read the news article, I wondered whether the kids would be all that happy to walk away from fossil fuels. The alternative for the kids is that they do the same as their parents, and their parents parents, and expect a different outcome, and we all know how smart that is.

And I still don’t know whether the hippies have got it right, because very occasionally I encounter some hippies/alternative lifestylers who are doing things differently. It is a challenge. Are the kids up for that?

When we were near the seaside, we helped ourselves to many cuttings of very colourful geraniums which were growing in profusion. We are now propagating them.

The combination of hot weather and torrential downpours has continued for the moment. Some of the paths and stairs around the farm were completely grown over, and we had to hack and slash the zombies, sorry I meant to write – the excessive plant growth.

All of the plant material was dumped into a new garden bed which is getting established around the Poopy-quat (Sir Poopy fox bane’s resting place).

The path to the chicken enclosure was completed this week with additional rocks on the downhill side of the path as well as a surface of the locally quarried crushed rock with lime.

We had some leftover crushed rock with lime and so I carried the remainder up and placed it near to the recently constructed shed and two water tanks.

And we mowed over half of the farm. A massive job for which I am thankful that we now have the second hand self propelled heavy duty mower, which the editor used. I used the Honda push mower. I’m really impressed that the editor could do twice as many hours of mowing as I could.

Whilst the editor continued to mow, long after I’d given up in exhaustion, I decided to spend a couple of hours weeding the tomato enclosure.

Since we’ve foiled the pesky parrots, the strawberry harvest has been epic.

In rat fink news: The rats have again foiled our best efforts and, zombie like, they’ve managed to break into the fortified chicken enclosure and now we’re not getting that many eggs.

60 thoughts on “The Omega Kids”