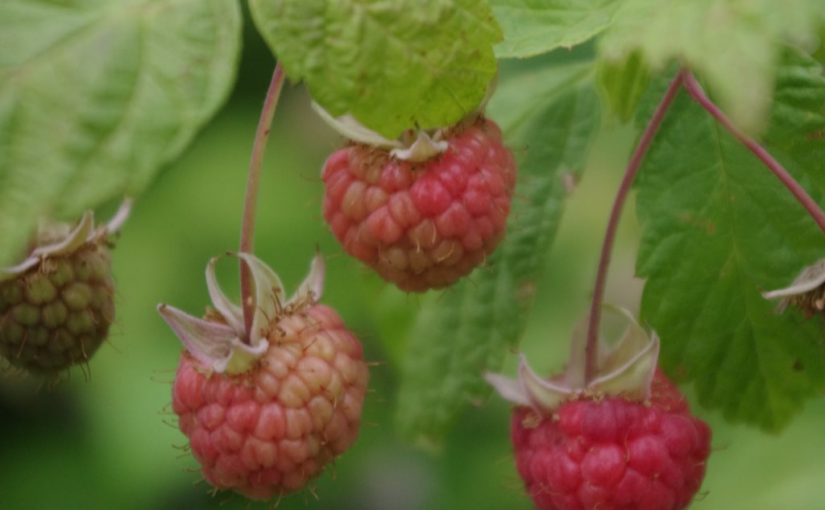 Ollie, the Australian cuddle dog (who occasionally pretends to be an Australian cattle dog) earned his breakfast this week. The editor and I, as well as Toothy and Ollie were walking around the lower part of the farm, when all of a sudden a magpie (a family of birds that live on the farm) swooped me.

People in Melbourne are probably quite used to being swooped by magpies, but I thought that I was on good terms with birds, so to me the bird’s behaviour was bizarre. But then at the last second, rather than making contact with my head, the bird swerved away and towards where another magpie was attacking a fox.

Clearly, the birds know that us humans and the canines can assist the magpies with their ongoing battles with the foxes. And the birds probably realise they have to be a bit blunt with us dull witted mammals, given that the fox was less than 30m (100ft) from us and was slowly ambling away from the chicken enclosure – and we hadn’t even noticed.

The moment I understood the magpies intentions, I ran at the fox, and yelled to my trusty side kick, Ollie: “Ollie, Kill!” Fortunately for me, Ollie is a smart dog who understands the English language (or at least he pretends to), so he too raced off after the fox.

The fox displayed a debonair attitude to the attacking magpies, but not so when it realised that Ollie and I were on the chase. The fox took off at high speed into the forest, with Ollie closing on its heels. Once Ollie was on the chase, I could stop running and take a breath if only because he is a much faster runner than I am.

Australian cattle dogs have some unusual traits. Ollie would make a very poor hunting dog, because despite my instructions regarding the fox, and his excellent command of the English language, he is far more interested in herding than killing. And he knows exactly where his boundaries are, and he will not explore past those. Ollie returned from his fox chase into the depths of the forest within minutes.

I’m not sure why Ollie and Toothy failed to notice the fox. At least the editor and I had an excuse for our dull wits: We’d been to the pub the previous night for a pint and a feed.

It would have been nice if we’d over-indulged at the pub, but alas, that was not to be our lot. In the public bar of the pub was a mother with her very young infant. And the baby screamed for the hour it took for us to consume our pint and feed. The public bar had emptied and the staff looked vaguely uncomfortable. Despite the pint of very excellent porter, the tasty meal, and the pavlova for dessert, I felt rattled. Although that may have been a result of the huge quantity of sugar in the dessert, but probably not.

For once in my life I was at a genuine loss as to what to do, because I felt that there was nothing that I could do because the circumstances were so uncomfortable that, well, everyone was uncomfortable. And most of the customers who had finished their meals and drinks had abruptly left. With virtually no customers, the business would surely have been operating at a loss.

My mother used to take me to public bars as a young child, and she had a very sneaky strategy to ensure that I was ‘seen but not heard’. She gave me a few coins to play the arcade game machines in order to keep myself entertained. I was very good at playing the arcade game machines and a few coins kept me entertained for longer than you would expect. The machines always won though. If the Space Invaders defeated me prematurely, then I would be allowed to consume some of the froth on her ale on the condition that I kept quiet. I’m unsure why I have had a lifelong love of arcade games and beer!

The editor as a youth was as mercenary as I was. As a teenager, she used to advertise in the local newspaper for baby sitting services. Parents used to pay her to supervise their kids whilst they went out to the pub. As far as I can understand things, the editor got paid to watch a lot of television and movies, although watching horror films such as ‘When a stranger calls’ takes on a whole new meaning in such circumstances.

The difference between our experiences was clearly the arcade game machines, which realistically took more of my hard earned cash than the editors. The editor has no skill or interest in such pastimes. Also whilst I was at the pub, the editor was assisting other people to go to the pub without bored children, which on reflection of my recent experience, is probably the right way to go.

Thursday and Friday were very hot. On both days the outside temperature in the shade reached to about 38’C / 100’F, and by Friday night the temperature inside the house (we have no air conditioning) reached 26’C / 79’F. And then stayed at that temperature both inside and outside the house for most of the night. Here is the weather station readings at 11pm:

The next day (Saturday) it stayed about that temperature for most of the day. As the evening wore on, rain began to fall, and the air cooled. On the other hand, the humidity increased. The next day the entire southern side of the mountain range was covered in a thick blanket of fog:

The weather meant that we were mostly confined to projects inside the house, although I did do another half a day’s mowing earlier in the week before the heat and rain kicked in.

Long term readers will recall that during October I completely rewired the battery room for the off grid solar power system that provides electricity for the household. The remote data monitor for the system that I have installed inside the house also had to be relocated as part of that job.

Moving the data monitor left a big hole in the wall, which has begun to be repaired this week. To repair the hole, I begin by screwing a chunk of plywood into the cavity.

Once the plywood was firmly in place, we began to fill the hole with successive layers of plaster repair bog.

I also changed the hinges for one of our laundry doors. When I first installed the laundry doors, about nine years ago, I used hinges that opened the door at a 90 degree angle from its closed position. It would have been much smarter to have used hinges that opened at much wider angle. In the next photo you can see that the left hand door now opens much wider than its companion on the right hand side:

Of course, nothing is ever simple, and the laundry arrangement was custom made by us from scratch, and so the new door hinges caused all manner of complications. We eventually had to add a small sliver of plywood under the hinges just so that the doors sat correctly when closed – which they now do.

Observant readers will note in the photo above our sake (rice wine) production as well as the bag of soap nuts which we use for clothes washing.

And just to keep out of the heat and rain, I decided to modify my electric log splitter. I love this tool, as it uses the solar power to split logs. And I haven’t yet come across any timber that it couldn’t split. However the wheels supplied with the unit are rubbish and very occasionally the machine feels as if it might topple over (which it has) during transport. Easily fixed, just add larger tyres!

The axle that the original wheels are attached was too small for the new wheels and tyres, and needed replacing. It was at that point that I was both horrified and dismayed to see how rubbish the steel was in the replacement axle, as the new axle bent alarmingly. I thought to myself, I can fix this. I added the original axle as a sleeve over the replacement axle! It took a bit of work though:

With a bit more work, the job was soon done and the machine is now much easier to move around, and no longer feels as if it might topple over without warning.

Lemons are best picked during the winter and up to late spring. It had become time to juice up all of the lemons.

We now have 15 jars of lemon which we keep frozen in the freezer.

Observant readers will note that we mark the different lemon varieties on the side of the jars. The varieties taste differently and are suitable for different purposes. The crushed lemon skins were thrown into the garden beds where they will eventually break down into soil.

Just some things that we’ve noticed around the farm: