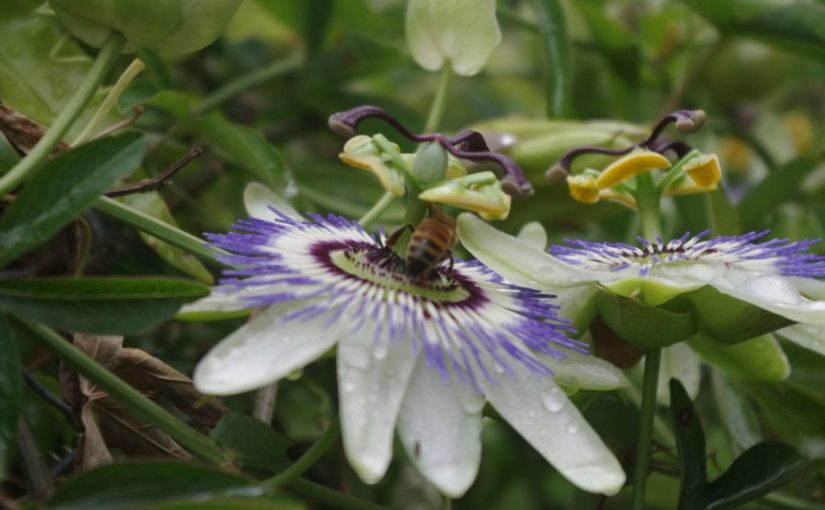 The other day I was at the petrol (gas) station filling up the new dirt mouse Suzuki. I happened to glance across to see that another customer’s fuel bill was $188. The shock of seeing that extraordinary bill almost caused me to vent out a loud naughty expletive!

Long term readers will know by now, that when it comes to bills, I’m a bit of a tight-arse. Being a tight-arse, I do everything I can think of to reduce or eliminate bills. Unlike the ongoing War on Waste that other people like to talk big about, I take the War on Bills seriously. I’ll fight them on the beaches, and I’ll certainly fight them in kitchen vegetable garden, orchard and brewing systems! Yes, I absolutely take bills seriously, and so I was in a state of total shock after having seen the huge fuel bill that the bloke stoically faced.

When it comes to bills, there has been an awful lot of talk in the newspapers down under about the ever increasing electricity bill. It is a thing to be feared. Most pundits appear to believe that future electricity generation based on renewable energy systems will make the bill things cheaper, otherwise the pundits would be backing fossil fuels as the answer. Reading those stories in the newspaper makes me happy that other people also care about bills as much as I do.

However, talk about renewable energy systems replacing the current fossil fuel generators, and reducing bills all at the same time, makes me feel very uncomfortable.

We’ve lived with off grid solar electricity for about a decade now. It is not lost on me that the system had an extraordinarily large up front cost which is probably the equivalent of about thirty years of electricity bills for the average household. And then we have to stump the mad cash and time for the inevitable ongoing maintenance, repairs and upgrades to the system which somehow seem to be necessary every single year. And for that expense and effort, I can just get through the winter without having to run the petrol (gas) generator. But no electric heating, just in case you were wondering. That means no electric blankets either.

Despite peoples complaints about the rising cost of electricity, it probably would have been far cheaper for me to simply connect up the house to the electricity grid. That act would possibly not be such a good outcome for the planet though.

On an interesting side note, over summer and only during the daylight, I have a crazy amount of electricity at my disposal, if only I could work out how to use it. So coming up with new and useful ways to utilise the otherwise wasted energy, always warms my cold accountants heart. This week we purchased a second hand electric food preserver for our existing preserving bottles. This means that we can stop using the LPG gas stove top unit – and I call that increased use of electricity – winning!

Anyway, when it comes to bills, this renewable energy stuff makes very little financial sense from my perspective. However, large vehicles that cost a lot to purchase, operate, and maintain, make even less financial sense to me. As I stood at the petrol (gas) station in a state of mild shock after having seen the large fuel bill, I thought to myself: What kind of story do you have to tell yourself to purchase a vehicle like that one? It seemed like a fair question to dwell upon.

Stories are funny things because, over the past month a number of people have expressed surprise that the editor and I would purchase a new version of the same decade old car that had become no longer economical to operate and maintain. The question was usually posed as: Why would you buy the same car? The other assertion that was made to us was that it would be: A good opportunity to upgrade the car.

Both the question and the assertion have an underlying assumption that we should be progressing to somewhere or something better. I’m unsure where that actually is and what it would even look like. But clearly, other people don’t think that it should look like a new version of the dirt mouse Suzuki that was replaced!

When I was an earlier teenager, my Grandfather said to me: “Chris, those that look ahead, get ahead.” I was a passenger in his locally made VL Commodore Calais vehicle at the time, and so I took his advice and looked up through the window and far off into the distance at the traffic. It was then that I noticed that there were an awful lot of cars on the road!

Of course, it took me a few more years (well maybe more like three decades) before I realised that the old bloke wasn’t talking about cars. No, I later guessed that he was telling me that old blokes sometimes keep themselves entertained at other peoples expense through the process of obfuscation! And despite that, for all I know, it is possible that he may have been talking about vehicles.

The old bloke died long ago, so I can hardly ask him what he meant, and anyway he didn’t seem to me like the kind of guy to answer foolish questions. All I can take away from that day, was that there are a lot of vehicles on the road, and perhaps it is not such a wise thing to aspire to the sort of stories that the majority of people tell themselves.

I’ve made a Captain’s call and I’ll declare it early: The weather this summer is completely bonkers. I feel much better having typed that. Earlier in the week, the days were hot and sunny. The sunsets were superb!

Since I elected myself Captain of this here Starship (err, sorry farmship), I sat on the bridge in my command chair (err, sorry I meant: sitting at the dining table – the editor was actually at the head of the table), pondering the weather warnings that a mid altitude low pressure system that had originated in Antarctica was intersecting with another low pressure system and also tropical cyclone from… Look, let’s avoid all this technical weather talk and just shout the necessary instruction to the crew: All hands brace for impact! Shields!

The sunsets were pretty good too, just a lot more damp than earlier in the week!

The Southern Brown tree frogs which are all over the place, loved the weather:

The shady orchard looks incredibly green for this hot time of year. And the fruit trees are growing faster than in any previous year.

The weather was so wet that I was unable to work outside. I had a dream that the ‘tree dudes’ would turn up looking for some work, and sure enough the next day they did. It was uncanny, but it was a good thing too, because a large bifurcated tree (the fancy name for a tree with two trunks) fell over in the wet weather. The tree dudes worked for a couple of hours, but only whenever the rain stopped. It was a hard day to be working outside.

Observant readers will note that rainfall is directed towards the centre of the tree where it collects and can cause the timber to rot. You can see the two separate trees in a disc I made from the stump of the fallen tree.

The rotting organic material was easily cleaned out as it makes a great soil additive. And when the disc is held up with the daylight behind it, you can see the extent of the damage and why the tree split and fell.

I too had to work the following day in between the rainfall. I like to keep the place neat and tidy, and so we grubbed out the tree stump.

In the above photo you can also see in the background, the interesting collection of mixed indigenous understory trees that we have been planting and assisting along.

A few weeks back we planted ten table and wine grape vines in the recently completed (mostly) strawberry enclosure. When the weather allowed, we began installing the first of four stainless steel cables for the vines to grow upon. The cables sit about a foot in from the outer edge of each side of the enclosure and they run the complete length. It is a form of espaliering (a fancy name for growing vines and fruit trees flat along a structure) that is commonly seen in vineyards.

I only managed to install the first of the four cables this week due to the weather. And in the photo above, you can see that I have used twine to train the vine up onto the cable.

It has been a very disappointing year for fruit in the orchard, however, the berries are making up for the lack of apricots, cherries, plums and pears. Each day we are harvesting good quantities of strawberries and raspberries:

The strawberries in particular have been very good to us, and we are going to have to steel ourselves to the task of removing the older plants in autumn. In the meantime we’ve begun making strawberry wine, which as you’d expect is very tasty!

Apples of all varieties are surprisingly outperforming every other fruit and nut tree in the orchard:

Other berries are almost ripe, like this Jostaberry (a relative of the Gooseberry):

This lone Anzac Peach looks as though it will be the most prolific stone fruit here:

The corn have shrugged off the excessive rain, and just continued to grow:

Due to the excessive humidity, we decided against exactly following the native American ‘Three Sisters’ approach to growing corn. The approach is a combination of corn, squashes, and beans. Squashes provide shade to the soil during hot summers. Beans draw nitrogen from the atmosphere and get it into the soil which benefits the corn. We planted the squashes elsewhere, but have planted the beans on the outer edges of the corn enclosure. And this week, they have begun to germinate.

The squashes, melons and pumpkins were planted on the (yet to be excavated) next terrace above the corn and strawberry enclosures. They too have begun germinating.

Triffid Alert! Zucchini (courgettes) are growing really fast. Observant readers will note the coriander also growing in the zucchini raised garden bed in the next photo.