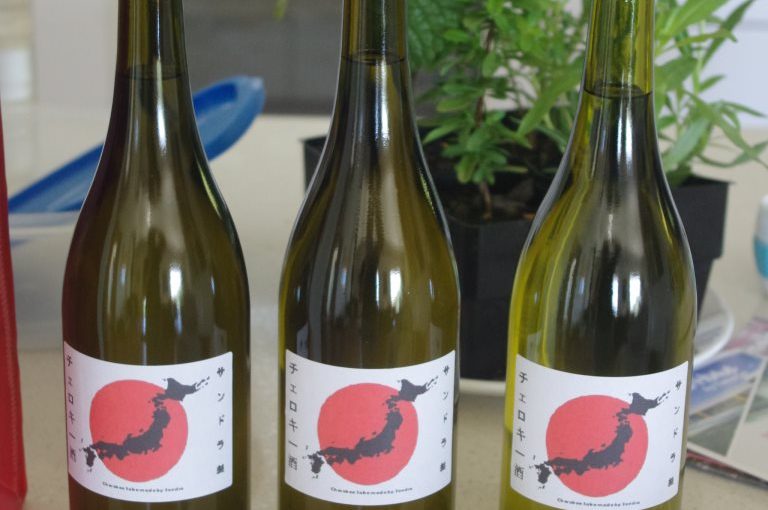 Hot days produce the most spectacular sunsets. As the sun sets below the horizon, the air burns with deep reds, oranges and yellows. The insects and frogs herald the warm summer nights with their myriad sounds. And the light from the setting sun highlights the little marsupial bats against the deepening sky as they dart here, there and everywhere in search of insects on their crazy flight paths. And as often as not, it is still hot.

We don’t have air conditioning in the house here, although the off grid solar power system could power it. I can’t actually recall owning a house with air conditioning, although I do recall removing one of those old boxy units a couple of decades ago, and then repairing the hole in the wall. I’m not sure that the old machine even worked, and it was very possible that it didn’t.

Over the years we’ve simply learned to adapt to the heat. And it helps that the house is heavily insulated with deep verandas, so it takes a few hours of the hot afternoon sun to heat up the inside. On such days, in the early evening we go all manual air conditioning, which means opening the windows and letting in the cooler evening air – which isn’t always cooler these days.

Years ago I had a mate who used to cheerily proclaim on very hot days that: “I love summer. The hot weather is so invigorating!” But then he’d invariably flop down on the couch, or whatever seat happened to be nearby, and look as if he was set to do nothing much at all. Ollie the cuddle dog (long term readers know that he is actually an Australian cattle dog) feels much the same about very hot weather as my old mate:

The Australian punk rock band Regurgitator observed in their song “Bong in my eye” – “How can I f@#k the system, when I’m sitting on the couch?” A profound question indeed, from an excellent band with an excellent song.

Like Ollie, we also have the occasional siesta during the hottest part of some days. But in the relatively cool mornings we work. Ollie runs boundary patrol checks and snuffles out choice wombat poos to consume. For all of us, the siesta is a form of adaption.

Much of our cooking now occurs outdoors in the shade. A few weeks ago we purchased a second hand electric hot water bath preserving unit. It is a good use of the solar power. And despite the hot weather, we’ve processed 36 bottles of 900ml (30.4 fluid ounces) apricots which we had to purchase from an organic orchard far to the north of here. The many recurring and late frosts earlier in spring destroyed most of the blossoms on our many apricot trees. So it is nice to have a plan B for obtaining tasty sun ripened summer fruit, which can then be preserved and enjoyed in the winter.

I still bake a small loaf of fresh bread every day. But at this time of year, the electric oven used is outside in the shade. Neither of these cooking activities heat the house up, and so it stays reasonably cool inside the kitchen.

Now that the hot weather is here in earnest, the watering systems for the various crops have been installed and tested. One of the water pumps, which doesn’t get used very often had failed. Various parts of the failed water pump are quite well made, but other parts are genuinely rubbish. I added in a non return valve into the water pipe system because the internal seals in the water pump are not good and water was flowing back into the water tanks through the pump. A non return valve is a fancy name for a simple device which forces the water to travel only in one direction in the water system, and in this instance that means out and away from the water pump. I also replaced the switch which turns the pump on and off again, with a much better quality switch.

As happens in Melbourne, the hot weather turned back into cooler and damper weather. As the storm moved in over the mountain range late one evening, the sunset looked even more spectacular.

Cooler weather meant that we could undertake some more strenuous outside work, despite the now incredible humidity. We decided to do some rock work. When we excavated the site for the new shed and corn enclosure earlier this year, we unearthed one of the largest rocks that we have been able to manually move. This week we decided to install the large and very heavy rock in a rock wall around a developing garden bed.

The rock weighed far more than I do and it took a huge amount of effort to get it into that spot. And once the rock was in place, we completed the remaining section of that new rock wall:

A cubic metre (1.3 cubic yards) of a mix of compost and mushroom compost were placed onto the clay soil. We even planted a few hardy plants into that garden bed!

The garden beds are extraordinarily low stress once they are established. In the photo above, you can see a first, second and third year garden beds in the distance (the first year being closest to the camera). As the garden beds age, the plant growth gets progressively thicker. After six years the garden beds look feral:

Over two days we moved a huge amount of rocks. Some of those rocks were used to fill up another steel rock gabion cage:

And then we sewed the steel rock gabion cage closed:

On Christmas day we took a couple of bottles of homemade sake (strong but sweet rice wine) as a present to friends. We made our own labels, and I reckon that has upped our wine making game! The sake was very well received and is in high demand.

The hot weather has brought out the Echidna’s. They are an unusual creature in that they are of the monotreme family, which includes only them and their cousins, the water dwelling Platypus. Monotreme animals lay eggs and then raise their young in a pouch. Echidna’s are quite common and they look like spiny ant eaters, and perform much the same function in the environment:

You’re never alone up in the forest, and the other day I spotted this wallaby just above the dogs enclosure.