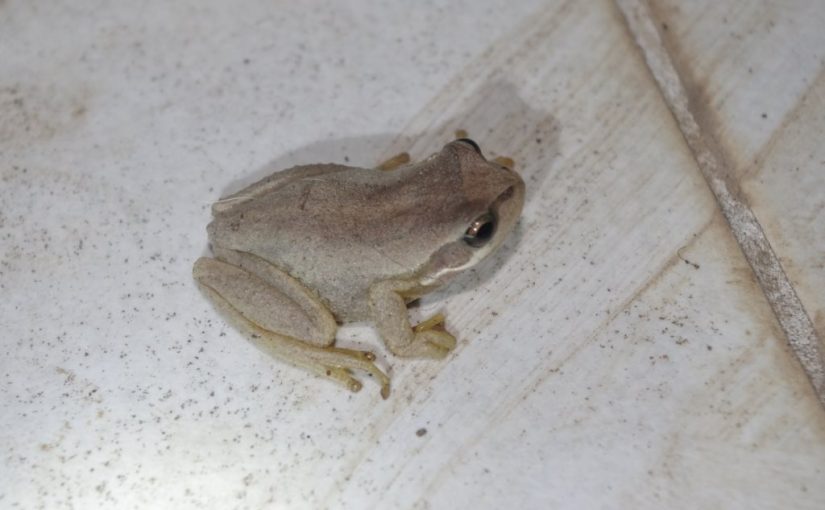 During the Christmas period I thought about family and what that all meant. And honestly, I can’t say that I’m any wiser on the subject.

My dad left when I was a very young kid. He was there one day, and the next he was gone. It was all really a bit of a mystery to me.

My grandmother (my dads mother) used to take us kids in over the summer holidays to give my mum a break. One day as a gift, my grandmother, who was excellent at making things, made me a stuffed toy Otter. My dad was still around in those days and although I’d never seen an otter, and probably never will, I now had a stuffed toy Otter. Kids didn’t have a lot of stuff in those days. And so I used to take it to bed with me at night.

My one memory of my dad at home was of him and my mother sitting in the backyard drinking, near to an incinerator. In those days, enlightened folks used to burn off their rubbish in a backyard incinerator. Everyone did it. But I recall that my dad was telling me to throw the stuffed toy Otter into the incinerator. I can’t recall his exact words, because I was only four or five, but I reckon he may have been telling me that the act: ‘would make a man of me’. I’m not much of man, because despite getting close to the incinerator as instructed, I ran away crying with the Otter clutched tightly to my chest.

After my dad left, we moved around a bit, staying here and there for a year or so. Eventually my mum managed to buy a town house, and we were able to stop moving around, which suited me because it meant I didn’t have to go to a new school.

My mum got remarried to an Irish – Australian bloke. He wasn’t far off a cliché, because when he was fun, he was a whole lot of fun, but then there were the dark moments. He eventually left too, leaving a lot of debt in his wake from a failed business.

I never really liked the guy, and he knew it. He made my life hell, and as an eight year old or so, he’d got this idea in his head that because I didn’t like him I must have been gay. And from that moment on he used to call me by the name “poofter”. He was a real charmer that bloke. My two older sisters read the situation correctly and knew that it was either them or me, and so they got in on the act too, and called me that name, for years.

After that bloke left, life was never the same for me. Patterns had been set, and my older sisters enjoyed the delicious taste that comes from dark ways, and they never let up on me.

The day he left was a relief, and after that time my grandfather (my mum’s dad), took me under his wing. I genuinely liked the old bloke, but never knew him as an adult, which was a bit of a shame. He was a complex old bloke, and was in some ways harsh, but in most ways he was firm but fair. He’d lead a very interesting life himself which unexpectedly had begun on a farm during the Great Depression, where he was raised by his grandmother. I think he empathised with my situation. His greatest fear was that of being put on the shelf, and so within weeks of his retirement, he promptly died and that was that.

I’m preternaturally an upbeat person, which means that I’m just not wired to get down about how things played out. So I simply played the cards that I’d been dealt whilst thinking long and hard about how to get a bit of distance between the family and myself.

That was when I discovered that in order to get a bit of distance, you needed some mad cash. Mad cash was not forthcoming from my mum, so I got a job doing the morning delivery of newspapers. Despite me never enjoying early mornings, I found myself regularly up and about on my pushbike in the pre-dawn murk in search of mad cash.

Then I scored a second newspaper delivery round. And then there were chemist prescription delivery rounds after school. I was barely old enough to have double digits to my age, and I was rolling in mad cash. I ran wild and did my own thing, hung out with friends, and thought my own thoughts, which is a rare opportunity for a young bloke.

I learned some good lessons during that time such as: Arcade games are addictive and you never win; and also, Building Societies in those days could collapse and make your deposit disappear. Yup, fun times!

But one of the main lessons that I took away from all of the drama was that the social arrangements that lead to the sorts of experiences that I lived through were at best dysfunctional, and at worst, completely bonkers.

Last year a friend (who has since moved overseas), loaned me a first edition copy of the 1972 book: ‘Limits to Growth’. It was a fascinating read as the authors used a computer model to plot and discuss the interactions of: “population, food production, industrialization, pollution, and the consumption of nonrenewable natural resources”, under various scenarios.

The conclusions of the book were frankly not good, but hardly surprising. However, it was the tone of the book that struck me as being a bit odd. The book read like a high school text book: Here are the facts as we see them, for you to consume and consider. It was all very clinical and detached as if the discussion and analysis were happening to someone else on another planet. I had a different perspective from the authors, because I already knew that it was the dysfunctional social arrangements that lead to where the authors reckon we are headed.

“All happy families are alike; each unhappy family is unhappy in its own way.”

Last week was quite warm to hot. One day the temperature outside in the shade reached 42’C / 108’F. That day the air temperature inside the house reached 27’C / 81’F which is still quite hot, but more pleasant than outside!

Later that evening a cool change swept across the south eastern corner of the continent, and it even brought a tiny bit of rain with it. The frogs were jumping all over the veranda because they loved the cooler temperatures and the sudden increase in humidity.

Despite the heat and unrelenting sun, we managed to construct another steel rock gabion. It is now waiting to be filled with rocks. We do hope that the dreaded Peak Rocks is still far off into the future.

Hot weather is excellent for harvesting the supply of winter firewood. There is no point trying to burn wet firewood, and the summer heat dries the seasoned timber out beautifully.

The first activity was to cut, split and stack the firewood. This year most of the firewood has come from wind fallen timber which has been sitting around the farm for a few years. Two days of work produced this (in the next photo) most excellent pile of firewood. The Dirt Rat Suzuki and bright yellow trailer were then used to bring the firewood back up hill one trailer load at a time.

It takes us about five to six hours of work to neatly relocate and stack about half a months supply of firewood in one of the two firewood sheds.

After another day of cutting and splitting, the firewood piles which are waiting to be brought uphill look like this:

Alert readers will note that firewood is without doubt the most time consuming regular job that we have to do each year.

For about a dozen years I have sharpened the teeth on the chainsaw chains by hand. It is not a particularly time consuming job. However, it can require a bit of physical effort, and the end of a long day working with firewood I’m tired, but I also want to put the chainsaw away sharp. I bought a super nifty electric chainsaw chain sharpener. And I’m very happy with it!

Spare a thought for the poor Sir Scruffy because this week he has not been feeling well at all. He’s now slowly recovering from his illness, but has become a bit leaky. That is not a good sign as to his longevity.

85 thoughts on “6am has never been my friend”