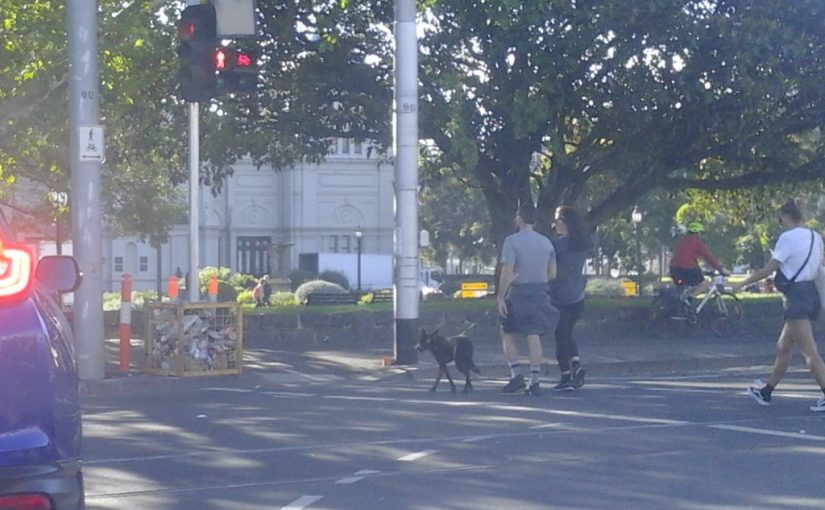 Some people have all the fun. I keep hearing about self righteous and proselytizing vegans, but all the people I know who pursue a vegan diet, are by and large, lovely people. They quietly go about their lives, pursuing and enjoying a plant based diet. Perhaps there are grumpy ones out there, but I feel slightly cheated that I am yet to meet one. Phooey, to my poor luck!

The other evening, the train was cancelled. And so I found myself as the only passenger on the train replacement bus headed into the big smoke of Melbourne. I was bored, and the bus driver was bored, so we struck up a conversation. We spoke about lots of interesting topics, and he casually mentioned that he had a friend who was a vegan. But then he felt the need to explain to me that she wasn’t of the self righteous and proselytizing type. He did feel the need to warn me against such plant munching extremists, and so I guess he must have met such a person in the past. But, with all the other interesting topics that we spoke about, I forgot to ask as to the details of the encounter.

I have definitely been ripped off, because I just haven’t met an angry vegan. Such people are so thin on the ground, I’m starting to believe that they may be an invention of a marketing agency working for the meat industry? Stranger things have happened.

As a side story, when at home we consume a vegetarian diet which includes milk, eggs, yoghurt and cheese. The eggs come from our chickens, and we’ve made our own yoghurt for so long now that I forget when we began doing so. Home made yoghurt is quite tasty, but from time to time I dream of the sugary sweet commercial yoghurts I enjoyed in my earlier years. Away from home, we eat whatever is on offer and don’t make the slightest fuss, as long as the quality of the food is good, and it is well prepared (not always guaranteed). I’ve nicknamed our diet ‘mostly vegetarian’.

Whilst in the big smoke of Melbourne the other night, I did spot a Vegan restaurant. The vegan restaurant looked suitably cool, and it had people coming and going, and they all looked cool. And so the editor I thought that we might try the restaurant in the near future. But then watching the happy and cool people sitting at the outside tables being fed vegan food, we noticed something really strange. The food was being delivered to the tables using lots of what looked to me like food grade cardboard and plastic drink containers. That was a deal breaker for me, because there is a certain bizarre irony in having concerns for animal welfare, and yet creating a lot of unnecessary rubbish when being fed.

Despite the unnecessary rubbish, I still failed to see any angry vegans, so I suspect the food was quite good. But alas, my old fashioned concerns mean that dining out for me normally involves ceramic, glass and washable steel cutlery. And I’m happy to pay for that.

Rubbish is such a strange part of our society that I suspect people no longer even notice it, whether they are angry vegans or not. The other day I took this photo:

In the photo above, you can see a yellow steel cage surrounding a temporary traffic light outside the World Heritage Listed, 19th century Exhibition Buildings and gardens. It is a truly beautiful building and gardens. Yet, earlier in the day I noticed a guy on a push bike dropping a food grade cardboard and plastic lined disposable coffee cup into the steel cage which protects the temporary traffic light. I’m pretty certain that the steel cage isn’t a rubbish bin, and I feel for the poor council employees who will eventually have to clean it out.

We have no rubbish service here at the farm, and so we are extremely careful with creating and/or bringing back any rubbish onto the property. And we have to have a process for every type of material that is deemed to be rubbish and/or materials for recycling. I guess that is why I notice rubbish.

About a year ago, the nice Chinese declared that our materials for recycling that we had been sending them for many long years, were too dirty and full of mixed materials for them to accept any more. Fair enough too, as it takes a lot of conscious effort to sort out all of the different materials, and it is much easier to just bung your rubbish into a steel cage on the side of the road.

The problem is, other than metals for recycling, as a society we’re not really recycling a lot of materials at all these days. You could say that the War of Waste (TM pending) is going very well, because we are drowning in the stuff, and a lot of it now is heading straight to landfill. And landfills have the unfortunate habit of filling up, hence the snappy name. Here is a recent update on the situation down here: Victoria’s recycling crisis goes from bad to worse as another plant shuts down.

I certainly feel that the situation is unsustainable, but at the moment it also seems very unstoppable. So, call me a naysayer, but I am seriously uncertain why people feel so positive about recycling when most of the ‘recycled’ items are going to landfill.

The weather here has been rather variable this season, and the past week was pleasantly cool and sunny. The cooler weather allowed us to work during the late afternoons, which is something that we had been unable to do recently due to the heat. Fear not though readers, this week will be hot again.

We completed constructing the final stair step in the staircase leading down to one side of the blackberry enclosure:

I also began the slow process of fertilising the fruit trees with a mixed load of composted woody mulch and mushroom compost. There are a lot of trees for me to get to, so I hope I get the job completed before winter sets in.

Observant readers will note that I removed all of the grass from around the trunks of the fruit trees, and have also removed the lower branches. Despite the hot and dry summer, the ground cover still has a slight bit of green to its colour.

Speaking of pruning, there are two giant olive trees in the courtyard next to the house. The trees are like triffids, and they grow very fast and produce a lot of olives without any watering at all. However, they have become too big, and we began pruning the trees back. Clearly this job is not yet complete!

That is one bad haircut that can actually be blamed on the hairdresser. All of the prunings were added to a garden bed, where they’ll break down and feed the plants in the garden bed.

The firewood bay that sits next to the house (and is well out of the rain) has begun to be filled. Another afternoons work should complete that job. Surprisingly, this bay can hold three bright yellow trailer loads of firewood.

It has been so hot and dry recently that we leave water out for the birds and the bees (plus all of the marsupials and other animals that live here). During the day, the bees line up at the water troughs for a drink of water:

We’re harvesting plenty of produce at the moment.

The almonds have not been watered all season and they are producing plenty of nuts:

Some of the corn plants are still growing, but we’re harvesting any cobs that look ready. With seed saving for corn, we cut off a small section of corn cob and leave them to dry, and the kernels will be planted next spring.

The tomato enclosure is producing heaps of food. The chilli’s and capsicums are really tasty (albeit some are a little bit on the fiery side):

We had a good season for apples, but I have let the native birds eat most of the crop. The trees are still a bit young, and in these sorts of hot and dry summers, the birds are doing the trees a favour by thinning the fruit. I prefer that the trees grow and survive to produce more fruit in a future year.

The almost ready to eat crops (and also the far from ripe) are: