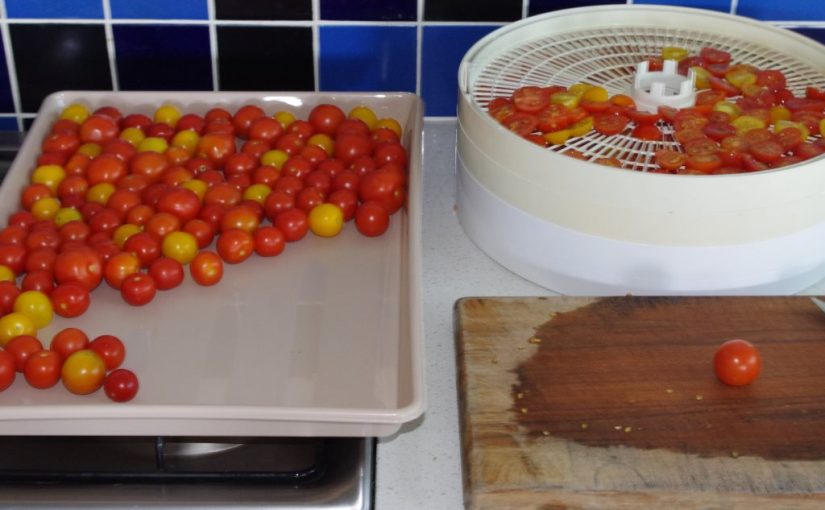 The shop was full of quirky and fascinating items. It was the sort of shop where those mysterious items spilled out onto the footpath enticing passerby’s to purchase them. I was a passerby myself, and despite having never set foot in the shop, I always imagined that there was some old dude out the back. In my imagination he would have been smoking fragrant clove cigarettes, and if you could handle negotiating with him through the smoky haze, the dude might offer to sell you a Gremlin – for the right price of course.

I wouldn’t actually recommend purchasing a Gremlin, mostly because they seem like they’d be a lot of hard work, and they would most certainly get up to mischief. Yup, Gremlins are bad news. Anyway, I couldn’t see any Gremlins for sale in the shop, however they did have a rather large steel dragon for sale. The dragon was made from what looked to me like hundreds of individual small steel scales all riveted together. Sometimes the dragon was outside on the street sitting imperiously upon an old piece of furniture. At other times, the dragon leered at people from behind the plate glass window of the shop. It was an impressive and frightening beast with a 2 metre (7 foot) wingspan.

Who wouldn’t want a steel dragon in their garden? Such a beast would terrify both visitors and rogue Gremlins alike! The editor and I both passed-by the shop many times, and we saw the dragon leering at the population. We finally discussed purchasing the beast, and agreed upon a course of action.

When we visited the shop, we discovered that whilst the shop was indeed full of many quirky and fascinating items, the steel dragon had only recently been sold. The item was a ‘one off’, and as such there was no possibility of obtaining another one. The old bloke that ran the shop offered a steel crocodile which was made using the same technique of interlinked small steel scales. Alas, in our minds, if a dragon was put into a cage-fight with a crocodile, we believe that the dragon would win – any day of the week. Regardless, it would look very stupid if a crocodile was leering at visitors from the peak of one of our sheds. Visitors would ask awkward questions like, why have you got a crocodile on the roof of your shed? And I’d be unable to provide a coherent reply. It was a lost opportunity and the steel dragon was now in the possession of somebody else’s.

It is not all bad, because there have been times when I have avoided the awful fate of the: ‘lost opportunity’. The now sadly deceased, Sir Poopy the Pomeranian fox bane (technically he was a Swedish Lapphund), was one such time.

About a decade or more ago, I’d seen a photo of the very young Sir Poopy (not-yet-knighted at that stage of his illustrious career) at the local bakery. The advertisement quite candidly noted that: “just because he hadn’t retrieved his first ball, doesn’t mean that he wasn’t trying.” And also that: “he was free to a good home.” Well, let’s just say that for the record, by his final days, I knew Sir Poopy well enough that I could say without any hint of uncertainty that he believed that retrieving a ball was an act that was beneath his dignity.

Did I mention that Sir Poopy was free to a good home? Yes, I did. Anyway, prior to us taking him on, he’d been taken by three other homes and then unceremoniously returned. Obviously people felt that in order for a dog to be a ‘real dog’, the dog in question had to return a ball that was thrown. I guess there are dogs that return thrown balls, but most of the dogs I’ve ever met give me this look that says: “If I have to collect this thrown ball. Mate, you are seriously going to have to work hard to get the ball back from me.” Needless to say, I don’t expect that dogs will willingly return thrown balls, unless they’re bored or obsessive, or possibly suffer from both conditions.

Anyway, the advertisement for the young Sir Poopy appeared at the local bakery, and then disappeared, only to reappear again. After understanding that he’d been returned a few times, we went and picked him up. And he was a great dog. Sure, most of the time he was lazy, but when a herd of feral deer needed chasing off the property, some Jehovah’s Witnesses needed to be scared enough to find a good reason to leave as soon as possible, or the fox cubs needed to be killed – he was onto those jobs, and he just sorted them out with minimal fuss.

The other evening the editor spotted a rabbit inside the tomato enclosure. Rabbits are extraordinarily rare here, and Sir Poopy would never have tolerated a rabbit on the property. And he most definitely would not have been able to go back to his extended repose upon the beanbag whilst the awful: ‘intruder alert on deck, tomato’ klaxons were blaring. I set Ollie the Australian cuddle dog (who all right thinking people know is actually a cattle dog) and Toothy onto the job, but Ollie was too big and Toothy lacked the muscle to sort out the rabbit problem. I miss Sir Poopy and his effective laziness, because from hindsight I now know how hard he worked around here. At least Ollie has recently become much better at working with the wildlife, and he shows some promise.

I’ve been thinking about lost opportunities this week, because maybe a year or two back I noticed that the local farm and garden machine store was selling seriously high quality electric chainsaws (powered by the mains power – not batteries). Long term readers will recall that the house is powered by an off grid solar power system. In order to see whether this mains powered electric chainsaw technology was any good, we purchased their smallest electric chainsaw.

Firewood for the entire year has now been completed. Even the firewood storage bay next to the house has been finally filled this week:

Small firewood is required for kindling, and all of it this season was cut using the small solar powered electric chainsaw. All of the logs were split using a solar powered electric log splitter. Every year here, we have used less and less fossil fuels in order to produce our annual supply of firewood. And this year, I reckon we used somewhere between four and five litres of fuel (slightly more than one gallon).

It is not a bad effort, but I reckon we can do better again next year and use even less fossil fuels. So I took myself to the local farm and garden machine store, and that was when I discovered that the quality brand of large mains powered electric chainsaws were no longer made. It was such a lost opportunity that I was immediately reminded of the steel dragon.

I was able to purchase a large 2.5 horsepower mains powered electric chainsaw, but of a different brand. What that means is that whilst I’ll be able to obtain consumables for the machine, if it needs repairs, that could be a problem.

For most of this week, a heatwave has hung over the farm, as indeed it has over this entire corner of the continent. The days have been hot, and there was little relief from the heat at night. The eastern half of the state is peppered with numerous bushfires, some large and some small. The only upside is that the smoke from the many bushfires produced some excellent sunsets:

Some of the daytime temperatures reached 40’C / 104’F, and I felt bad putting the dogs out in that weather, even though they were in the shade. But sometimes, out into that unrelentingly hot weather the dogs have to go. Scritchy is adept at producing what I call: “Sad dog flop number four”, and you the reader can see it for yourself in the next photo:

Due to the prolonged hot and dry weather this summer, the risk of bushfire is not something to underestimate. With that risk in mind, we installed a steel cover over the front of the now full firewood bay next to the house:

We really have tried to make the most of the solar power that we generate over summer. Another use for the electricity is a 2 horsepower electric chipper chopper with which we used this week to mulch up all of the corn stalks. We bought this second hand machine several years ago and rarely use it because it clogs up easily.

Observant readers will note that in my right hand in the photo above, I’m holding a piece of red steel that is the same colour as the machine. That colour is no coincidence as I cut a chunk of steel off the machine. It is the second time that we have had to modify the machine in order to make it work better. It works really well now, and is no less safe than it was before the modification.

All of the corn stalk mulch was spread onto the corn enclosure and we may plant broccoli and mustard plants in there for the winter:

And we also continued weeding, feeding and removing the lower branches of another 30 fruit trees in the orchard. It is a big job and will continue over the next month or so.

The above photo shows just how extraordinarily dry it is here this summer. Despite that, the fruit trees are growing and surviving without any additional watering.

It is tomato season! Over the past week we’ve been hauling in good quantities of tasty ripe tomatoes. Obviously, we can’t eat all of them, so we have begun dehydrating the tomatoes:

Every year, we put away about seven large bottles of dehydrated tomatoes in olive oil:

The tomatoes are very tasty and should last us until March next year. The tomato vines themselves are beginning to die back, but that is the time when the fruit begins to ripen in vast quantities:

For some unknown reason we grew a test patch of chilli’s this year. They’re apparently about medium heat, but all the same they’re very fiery on the taste buds.

Pumpkins, squashes and melons are continuing to also put on size:

The persimmons are beginning to change colour – both the leaves and the fruit:

Some crops I leave for the birds to enjoy, like the plentiful elderberries:

The only downside to allowing the birds to enjoy the elderberries is that there are little seedling elderberry bushes popping up in unexpected places. And also there are many fine examples of purple bird poo: