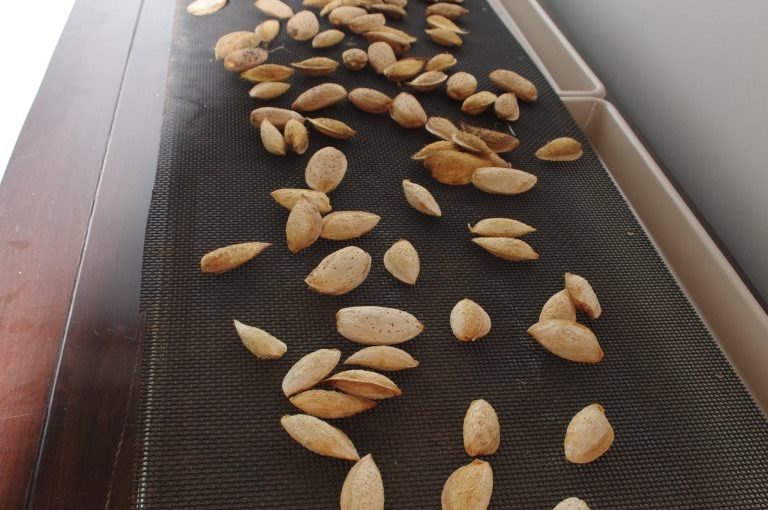 Long term readers will know by now that I rarely write about the subject of accounting. From time to time the subject of accounting can be quite interesting, sometimes it can even be amusing, but mostly the profession has a well earned reputation for being rather dull. Occasionally I’ve been cornered at a party by a well meaning, if slightly intense person, who upon discovering my profession, wants to bend my ear about the various ins and outs of their own business. They often look hurt when I bluntly tell them that: “You’ve got five minutes, get it out of your system”.

I’ve decided to break my own rule this week, and write about accounting. One of the down sides of being an accountant is that I get a lot of spam email from robots working for nice businesses who send endless emails imploring me to purchase courses, offer marketing assistance, and/or other stuff, some of which has nothing at all to do with accounting and everything to do with making me blush!

Some of the emails can be quite surprising, and they often follow various trends and fads. For example, a few years ago the robot emails were urging me to send my work to be prepared off shore (generally in India). I presume that the nice people over there would do my work for a small fraction of my fee. It sounded like a dodgy offer to me, and I couldn’t shake the feeling that sooner or later I would be cut out of this picture, so I deleted the emails.

This week, the robots sent a fascinating new offer. The robot produced spam email asked me to consider: Inviting artificial intelligence into my accounting business.

Artificial intelligence isn’t what it used to be. Nowadays, the term is used to describe clever algorithms that somebody coded up. I tend to feel that it would be hard to have a meaningful discussion with an algorithm, no matter how cleverly coded it is.

When I was a kid I thought that artificial intelligence meant that one day you could have a nice and pleasant chat with a computer like HAL 9000 (the fictional character and the main antagonist in Arthur C. Clarke’s Space Odyssey series). And all the while HAL 9000 is making witty banter and proving how much smarter it is than yourself, it is also planning to quietly maroon you in a very unforgiving environment (HELL 9000 perhaps) which will ultimately lead to your death. And the Terminator series of films hardly soothed my ominious feelings of foreboding. Yup, those stories informed me that artificial intelligence sounds like bad news, and it will most likely leave you with a bad ending.

So, it was surprise to me that this week that my email inbox included an offer suggesting that I should introduce artificial intelligence into my business. It just so happens, that I occasionally get to experience how some of those clever algorithms work out in the real world of accounting. As a rough guess, I reckon they’re right about 50% of the time, which is frankly not a good hit rate and would probably get a human accounts employee sacked. And any transaction that is complex or just plain old wrong, the algorithms don’t even attempt a guess. But all the same, I’m forced to use them in some circumstances and I can’t shake the feeling that in some strange way, I’m training these programs to do better in the future.

The other thing I notice about that these new fandangled algorithms are that they are expensive. And I assume that if they somehow get cleverer, they’ll be even more expensive. I reckon that unless they score better than a 95% hit rate, businesses will still need me to fix up all the errors generated by the use of the artificial intelligence algorithms. The thing I wonder is, can the businesses afford all of these increasing overheads and still turn a profit?

Considerations of artificial intelligence to the side, computers are only a fairly recent cost for businesses. For thousands of years before computers, businesses managed their accounting processes just fine. And I’m old enough to have been involved in some large businesses that used paper based systems for their accounts – and I understand and remember exactly how they managed that feat. Over the years I’ve observed that whenever an innovation in the accounts process was introduced (usually involving computers), sure there were benefits, but behind those benefits the costs began piling up. And often those costs began as small amounts which rapidly increased as businesses became dependent upon the innovative systems. And promises that the innovation would reduce employee costs rarely materialised. Not to mention time, energy and paper.

I have been considering these matters lately because the Australian government recently introduced legislation (with bipartisan support) that stipulates that any business which employs people, must electronically report details of the staff payments to the tax office, every single time an employee is paid. It sounds like a rather innocuous request, but it has the effect of forcing every business in the country to sign up to software that supports the legislation. And until this point there has never been a legal requirement to maintain accounts records in an electronic format. A business could use whatever format took their fancy (including paper) as long as it adhered to a few common sense principles. The new requirement though forces greater costs and obligations onto small businesses with few, if any, benefits that I can discern.

Of course, I may be affected by a certain sense of nostalgia for the days of the paper based accounts systems. But mostly I have a vague sense of unease that the few accounts software providers in the market, have suddenly captured a lucrative feed trough by increasing their revenue through legislative requirements. I note that the software fees have gone up with this change. And once there are only a few suppliers of accounts software, at what point does the government gain access to the raw data for every single business in the country? What fun work would the artificial intelligence machines be put to then, and what happens to the poor business should the machines get it wrong?

Long term, I suspect that paper based accounts systems are more resilient than the massively expensive artificial intelligence systems, and to see them again would be like coming home.

The air has been thick with smoke this week. In this state alone, a quarter of a million acres of land burned during the summer. The island state of Tasmania burned twice as much land again, some of it very old and very remote forest. The one bright note to all the smoke is the superb sunsets:

The critters living on the farm tell me that the season has changed and that rain will be arriving sooner or later. I spotted this mud tunnel which may have been produced by a yabbie (which is a tasty blue crustacean):

And early one morning, the outside temperature dropped rapidly overnight to 4’C / 39’F and I have it on good authority that earlier in the morning it was 2’C / 35’F. The day before that temperature, I was wearing shorts, sandals and a t-shirt and sweltering under the hot conditions.

Another day was spent weeding and feeding some of the trees in the shady orchard. As part of that job, I also prune off all of the lower branches which forces the trees to grow taller.

Now that there is some cool-ish weather, we began excavating again. The job is done using hand tools and an electric jackhammer and it is hot and hard work. We set ourselves the goal of excavating about 10 feet of soil so that we could place the recently constructed steel rock gabion cage onto the excavated site.

We brought in a trailer load of locally crushed rock with lime and placed that down onto the excavated surface. It looks very neat and provides an all weather surface.

And we also used the crushed rock with lime to finish off the recently constructed concrete stairs leading down to the blackberry terrace.

Despite the hot and dry weather, there is plenty of summer produce and activities relating to the produce:

The other evening I spotted a very interesting looking moth:

The wombats have been very grumpy about the lack of rain this summer and one of them even knocked over a fern tree in the fern gully. I was surprised to see that whilst the tree fern had green growth on top, it had no additional root systems.

Leaf change is almost upon us. Most certainly the leaf change display this year will be poor due to the stress from the ongoing heat and dry that the trees are suffering through.