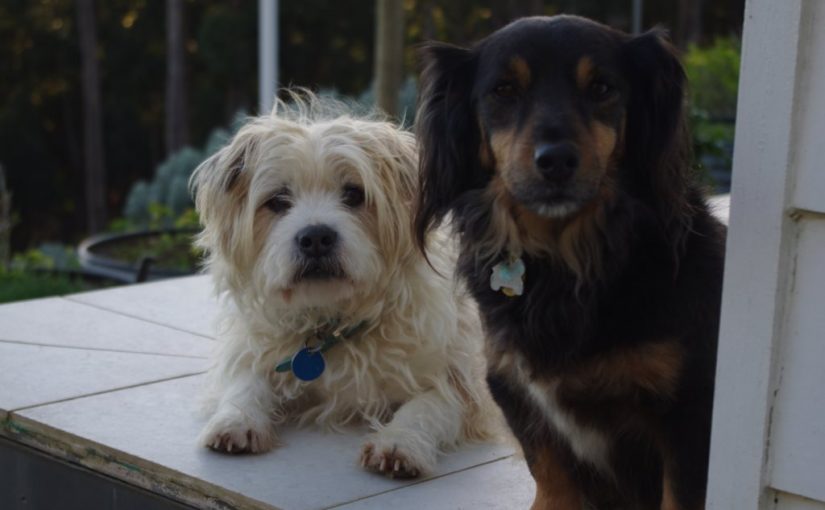 Some weeks you’re on top of the world. And other weeks you’d rather not have to revisit. Friday, was Sir Scruffy’s, final day. He was a charming old fella but he’d reached the end of his lifespan.

Sir Scruffy came into my life one day as a boon companion. The traffic was heavy and acting strangely. That may have been because it was near to school drop off time, and as everyone knows 3 out of 4 children choose to be driven to school these days.

When you are stuck in heavy traffic, like the posters for the 1979 sci-fi film ‘Alien’ proclaimed: “nobody can hear you scream”. In the immediate distance I spotted a dog running backwards and forwards across the road. It was a miracle that the dog had not been run over. Backwards and forwards the agile dog ran through the traffic. I stopped the car in the middle of the road, opened the door and yelled to the dog: “Get in”, and he did exactly that. And that was how Sir Scruffy entered my life.

Of course he had no identification tag or collar, and as I later found out, no microchip either. How are the robots in Amazon warehouses meant to find him, if he doesn’t have a microchip? Anyway, I looked at the poor dog who’d clearly been on the streets a few days and said to him: “Mate, you wanna come back to the farm?” And he turned to me on the floor of the car and replied: “It sure sounds to me like it beats the crap out of playing survival in the city”.

I had no idea what sort of life Sir Scruffy lead before turning up here. One thing I know for sure, his only previous company had been a cat. When he first arrived, he used to roll around on his back trying to nip my fingers, whilst also attempting to enjoy a tummy rub, which is typical cat behaviour. You could tell that he’d never had canine friends before because he had no idea what to make of the other fluffies. But he was a smart dog, and he copied every move the other dogs made that earned them praise or affection. It wasn’t long before he was more charming than the other dogs.

Eventually he worked his way into sleeping in the bedroom. Initially it used to drive me bonkers because he’d happily snore and/or fart. I’d kick him out of the bedroom and the sneaky little blighter would just wait until we were asleep and he’d return. He was unrelenting and just wanted what he wanted. Soon he had his own woollen blanket, and as he got older, he had a small flat pillow for his head to lay upon.

He was an old dog already when he turned up here. I’ve long wondered whether he’d just had enough of his old life with only a cat to talk to, and then one day he saw his chance to escape and have an adventure. I’ll never know what happened, but he sure was lucky enough to have a nice adventure.

However, old dogs don’t get any younger. Last week an internal organ clearly failed and he couldn’t keep down food (even his favourite beef jerky strips), and after two days he could barely move from his bedding. It was pretty clear he wasn’t going to recover, and as he was our good mate, we took him to the veterinary practice to have him put down. Both the editor and I miss our little Scruffy matey and I’m so glad to have had the chance to have known him.

We placed a deep pink Crepe Myrtle (otherwise known as a Scruff Myrtle – thanks Pam) over his grave. His grave was not far from the grave of his good mate Sir Poopy and hopefully the charming and sociable canine doesn’t feel so lonesome up there.

It has been a week of death here. I once heard an old timer quip that: If you have livestock, you’ll soon have dead stock. I can’t argue with that either. The previous Monday, I’d had to kill the Grey Silky chicken. She’d been sick for a while and I gave her plenty of time to recover. She was a very attractive chicken, but she was just so mind numbingly dumb. However, when she decided unwisely in her sick state to defecate in the chickens water trough as a lifestyle choice, I had had enough.

Good things happen in threes, well, bad things also happen in threes. Two days after despatching the Grey Silky, Liz the Araucana chicken promptly dropped dead. I liked Liz as she had a lot of pluck, and the high point of her almost decade long career here was that she was once the Enforcer (second in command) of the chicken collective.

What a rubbish week! I have not recovered from the grief from losing Sir Scruffy, but as they say time heals all wounds. Needless to say, not much work went on here. Unfortunately winter is rapidly approaching. There has even been a bit of rain.

The increase in humidity has meant that the Portuguese millipedes are again making a nuisance of themselves. They are everywhere at night.

Despite having just lost my Scruffy mate, I had to climb onto the roof of the house and clean out the flue for the wood heater before the rain arrived.

Not much creosote (the fancy name for toxic soot) fell into the combustion chamber of the wood heater during the cleaning process. This is probably because we burn aged hardwood that has a moisture content of about 13% to 14% and it burns very cleanly.

It is now cold enough outside that we’ve run the wood heater twice this week.

The tomato harvest is drawing to a rapid close. Regardless of our feelings, we had to process another batch of passata (tomato sauce used for cooking throughout the year) in the electric hot water bath.

Of course using the electric hot water bath is not without its perils at this time of year. It probably wasn’t a smart idea to run it, plus the electrical kettle and the coffee machine all at the same time. Solar power is good, but sometimes it is not good enough. As I heard the electric kettle boiling away, it dawned on me that we were running three electric heating elements simultaneously from the batteries and sun. I was curious as to what was happening with the solar power system and discovered to my absolute horror that we were drawing 290Amps (about 7.5kW) from the batteries.

We had friends over, so I quietly sauntered back into the kitchen and rapidly switched off the electric kettle and also  finished up making the coffee. I didn’t think anymore about the matter until I said to one of the visitors, do you want to check out the battery room, as I felt that they would have an interest in such things? Well far out!

The stink from the burnt plastic was epic and made for an exciting visit to the battery room.

What I believe happened was that the electricity going into and out of the batteries had caused the bolts holding the cables onto the batteries to loosen off over the past year. And today the epic amount of electricity that we drew from the batteries in such a short period of time caused an arc to form in the small amount of space between the slightly loose bolt and the metal lug that holds the cable onto the bolt. And the heat from the arc burnt the plastic.

Fortunately the battery seems unharmed. Also fortunately I had a spare connector and was able to replace the damaged one. All of the metal connectors involved in the debacle were cleaned up with a wire brush and soon everything was working again. I’ve added the task of regularly checking the tightness of the battery bolts to the ongoing maintenance list. This renewable energy stuff is simple in theory, and extraordinarily complicated in detail.

The now cooler weather has meant that some of the mandarins have ripened.

It is certainly getting more humid here because I noticed a dung beetle happily walking around. The insect shouldn’t have to go far to find poo around here.