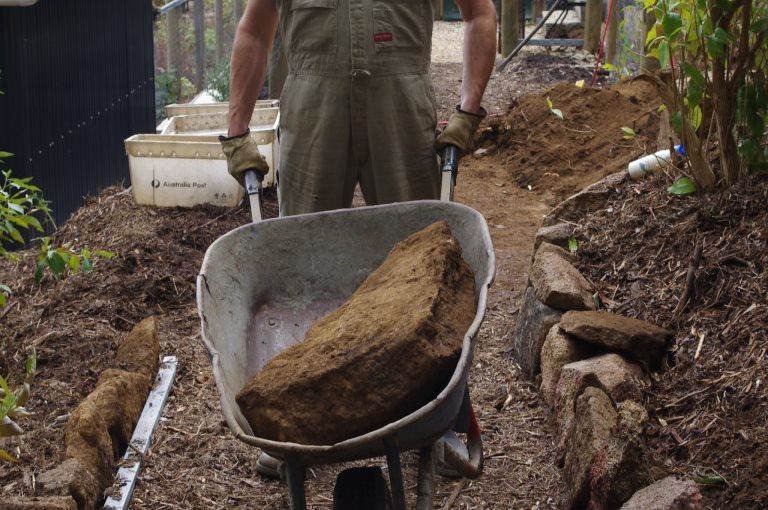 It seems to me that these days everyone wants things big. A big house, a big car with maybe even some big debt. Heck, even I want (and got) some big land. I like having big land, so I have no problems with people wanting a big house or a big car. I’m just sort of uncomfortable with the idea of big debt, and that is where I draw the line on this business of big. Not liking big debt has meant that time and time again I’ve had to start small.

The recession of the early 1990’s unceremoniously dumped me in the job of debt collection. It was the only work I could get back then, and it kept food on the table and a roof over my head. I saw the ugly side of the big story, especially as it related to big debt, and I’ve never needed to be told about either situation a second time. Plus at someone else’s expense I got to listen to every hard luck or evasive story under the sun. It never ceased to amaze me that there were not that many variations in the themes of those stories. Perhaps as a society we’d forgotten how to tell good stories?

Fast forward a bit over half a decade from those heady days of recession, and my fortunes had risen. I was also busy at nights and weekends repairing an inner city house that had a bit of land with which to grow vegetables and fruit trees. Turns out that growing fruit and vegetables was a lot harder than I thought. My confidence was perhaps bigger than my skills?

I hankered for some bigger land, and eventually we purchased a block of land that had been on the market for two years. It was a frightening block of land, if only because the land had been logged since 1860 and there was no top soil to speak of. Rain fell, hit the hard sun baked clay and just rolled on down the hill. And there was no house site to speak of just a driveway and an old timber and steel shanty. However, the zoning meant that it was permissible to build a house.

About two years after purchasing the big block of land, we eventually completed the repair works on the inner city abode, sold up and took up the dream of building a small house on a big bit of land.

In these circumstances, starting small is a not a bad idea. About the same time that we were applying for permission with the local authorities to build the house, the 2009 Black Saturday bushfires killed 173 people and burnt 1,100,000 acres. That was a big fire. And the state government immediately changed the building codes relating to bushfires which added a lot of material costs to our small building. We probably wouldn’t have been able to afford to construct a larger house given the extra costs imposed by the changes. Fortunately we wanted a small house, and we planned to construct the entire house ourselves using our own labour (excluding excavations, plumbing and mains electrical work).

As a strategy, starting small works. And if we need extra storage space, as long term readers may attest, we simply build another shed.

Since moving here, we’ve used that starting small strategy to good effect with most of the systems on the farm. The solar power system was like that too, as we started with 8 photovoltaic (PV) panels, and just kept adding panels until we arrived at 31 PV panels today. The starting small strategy gives a person time to learn the ropes and see what works and what doesn’t work.

Earlier in the week the sun shone from clear blue skies and the late autumn days were warm. The burn-off restrictions for residents were lifted, and pent up demand led to small bonfires in the area and beautiful sunsets.

However, looking at the rainfall forecast I noted that Thursday through Saturday would be quite damp. And it sure was damp as many inches of rain fell over the farm. You could see the rain moving in from across the valley:

The clouds were thick for about four days.

The heavy thick cloud and rain meant that all those 31 solar PV panels produced approximately 10% to 15% of what would be expected on an otherwise clear and sunny day. And that went on for four days.

I’m glad that we started with such a small solar power system because we have experience in learning how to live a good life with only a tiny supply of electricity. I hear a lot of big talk, often from people with little real world experience, about this renewable energy technology. They often suggest that we can supply enough electricity to run an industrial civilisation. It sounds like a lot of rubbish talk to me, as we have barely generated enough electricity to power our small needs during the latter half of this very cloudy and rainy week.

Regular readers will recall that we had been extending the corn enclosure so as to provide more space with which to grow this most excellent crop. Given the forecast heavy rain I decided to place a cubic metre (1.3 cubic yards) of coarse composted woody mulch onto the excavated areas. The mulch slows and spreads the heavy rain and works to stop the recently excavated area from sliding down the hill.

Like most systems, we started small when we began growing corn two summers ago. Back then the corn crop was this big (12 plants):

Last summer we increased the number of corn plants growing from 12 to about 70 plants.

Now of course, when you’re on the side of a hill there is no such thing as flat land for growing plants, so if you want to grow more plants, you have to dig flat land (otherwise known as a terrace). Planting more corn is the reason we began excavating the land behind the corn enclosure in the above photo. This week, we still had a lot of digging to do.

Sure enough we unearthed some good sized rocks! The big rocks are used for garden rock walls.

Ollie the Australian cuddle dog (sorry I meant to write Australian cattle dog) is clearly Lord of the Rocks (a must see image for all you Tolkien fans in the audience).

Unfortunately, at the bottom of the soil to be excavated, we unearthed the largest rock that I have yet seen on the property. The thing is the size of a small whale. One rock to rule them all?

And we decided to plant four Issai Kiwi Fruit vines inside the enclosure. Being vines, they should happily grow along and through the heavy duty chicken wire which will surround the corn enclosure.

Despite it being so late in autumn, the return of the rains has meant that many plants are happily growing. In the past few days, many new season grasses have sprouted all over the place.

The insect activity is much quieter now that autumn is nearing its end game. However, the other day we spotted this huge stick insect:

Leaf change is almost done for another year: