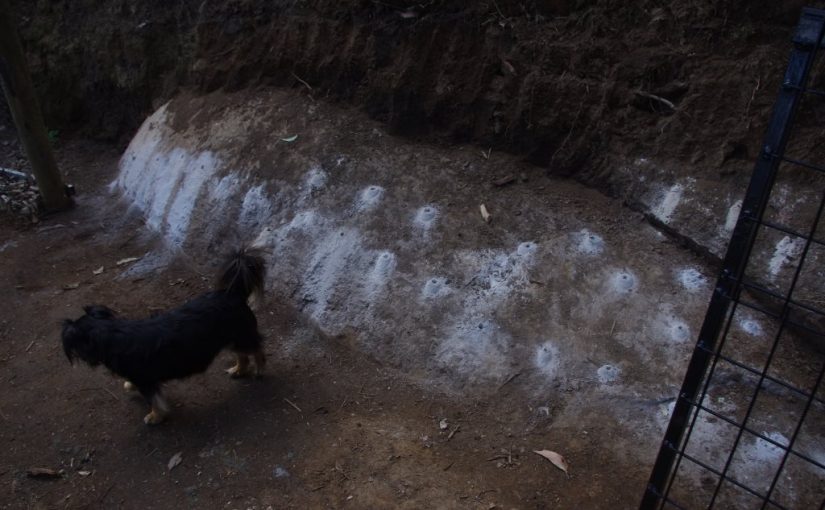 Humans exist day to day in a very complicated process of co-operation with other members of our species. But at the same time our co-operation also applies to every other species that live on this delightful planet. And co-operation inevitably involves relationships. I was thinking about such matters the other week, because somebody asked me to volunteer my time to do some unpaid work that would benefit them.

Unpaid work is the very nature of volunteering your time to do some work that someone else inevitably needs doing. That’s not to suggest that volunteering your time to help others is not a good idea, because there are many worthwhile things that actually need doing. It is just that most individual humans can’t volunteer all of their available time to help others, because sooner or later they’d starve. And then if a volunteer starved and died, who would do all of the unpaid work that needed doing?

So, the other week when someone asked me to assist them with some unpaid work that needed doing, I replied with one of my well used lines saying: “Yeah, nah. Love to help, but I’m committed to doing other work”. And that was that.

Of course as things work out, the important work was still done, although I wasn’t involved. It is about this time in the story that I fully expect plenty of people will be thinking to themselves: “This Chris character is selfish as”. I have heard such talk before.

What swayed my decision to decline assisting with this unpaid work was that I asked myself two brief questions: 1: What is in it for me to assist in this important work? and 2: Would the asker assist other people in a similar fashion? They’re both useful questions to consider. And it turns out that there was nothing at all in it for me for me to assist, and the person making the request failed to mention any benefits that may accrue. And in fact I suspect that the thought hadn’t even occurred to the person asking for my help.

Years ago I became involved in a youth mentoring program. I went into it with such high ideals, and thought to myself that this would be an awesome program. I jumped through the hoops of character and police checks, and also the many interviews. I was absolutely pumped and ready to help.

Turned out that the kid that was allocated to me in the program was in it because they received monetary remuneration for being in the program. They were in it for the money, pure and simple, and for good measure the cheeky scamp pinched my favourite sunglasses. The people organising the program likewise were being paid for their time. Turns out that I was the only bunny in that story, because I was giving my time to maintain the artifice. I quit the program and did other things with my life.

The experience highlighted to me that plenty of social relationships and social obligations had been replaced by the tool of money. Everyone knows what money is, and it is often used as a tool with which we negotiate many of the relationships in society that we all have to navigate.

But every tool can be used and abused. And money is a tool that gets abused. And if the abuse of money as a tool means that you can get your hands on some extra mad cash for doing nothing at all, then why not? Well it turns out that there are real world implications for abusing money as a tool, and they’re playing out now.

For most people their biggest expenditure of mad cash is on the house that keeps the rain off their heads. Of late, house prices down here are falling, and it turns out that there are a number of people that owe more mad cash to lenders for their house than it is worth. That situation is called negative equity: Mortgage delinquencies mount as more borrowers find their home is worth less than their loan

I’d hazard a guess and suggest that more than a few of those people in trouble with their mortgages are on interest only loans. With an interest only loan, plenty of people (up to 30% in recent times) were able to secure a much bigger loan, because they didn’t pay a cent of the principle (loan balance) as they only paid the interest. Such loans generally have to be renegotiated at the end of their terms which are often five to ten years. And if the amount owing to the lender at the end of the loan is greater than the value of the asset, then the borrower is faced with what is known in the trade as a ‘margin call’. That’s where the bank asks the borrower to make up the difference between the value of the house and the amount of the loan that exceeds that value.

Nobody ever wants to face a margin call, and it is worthwhile pointing out that they were instrumental in causing the crash in stock markets just prior to The Great Depression beginning in 1929.

Over the weekend Australia went the polls for an election to see which political party forms the Federal Government (which requires more than 76 seats in the House of Representatives). Not to spoil the story, but at this stage it looks as if the government was returned to office with a bigger majority. The opposition party campaigned on a platform of removing some of the many policies that apparently prop up housing prices and make them less appealing to be kept as investment vehicles. Clearly this was not a policy change that the electorate was comfortable with, and a person could cheekily suggest that the population said: “Yeah, Nah” to the change.

The thing is, gravity is an unavoidable force and sooner or later, all balloons come back to the earth.

Soon all of the holes were dug and the treated pine timber posts were cemented into the ground.

The corn enclosure needed a gate, and so I took six disparate chunks of scrap steel and welded up a gate. Take that McIvor and the A-Team!

Just to make it clear – Toothy was not with me when I was doing the welding.

To protect the new steel gate from the dreaded steel worm – rust – the editor painted the gate with a glossy black metal paint.

There was a bit of discussion in the comments section last week about blowing up the Moby Whale rock that was unearthed last week. In the spirit of this week’s election I took a poll of the readership, the results are in and they are uncanny. All males in the poll suggested blowing the rock up. All females in the poll were disinclined to blow up the rock. There is something in that result, but I’m really not sure what it is.

Tip of the hat to Steve C, who suggested that we use expanding grout to demolish the rock. I’d never heard of this stuff before, and a batch of it is now on its way to me here. I’d still like to blow the rock up, although the editor (and I should mention that this was a win for the ladies in this complicated matter) put her foot down and said no explosives. But to chuck me an olive branch, I can try out this expanding grout stuff. So we drilled a lot of holes into the granite.

Can’t wait to see what this stuff will do (more on this next week hopefully)! And with a bit of luck we can use fracking technology (expanding grout) for good and not evil, that being to avoid the dreaded Peak Rocks. All of the recent excavations has almost filled (but not quite) one of the steel rock gabions:

It is not all work here. Sometimes I sit out with the chickens whilst they free roam in the orchard and read about just how susceptible walnut trees are to various blights. Seems like they’re a bit of a problem, but I obtained two seedling walnut trees and will try them.

We pimped that seat. How good does it look now? Be gone 1980’s bedframe.

All of the eggplants that were remaining on the plants were harvested.

There are still heaps of chillis left unharvested:

The raised garden beds used for growing potatoes were fed with a huge amount of compost recently. And the potato leaves have almost immediately begun to emerge from the compost.

Asparagus spears are still producing seeds which may form new plants sometime over the next six months:

Cape Gooseberries are ready to eat whilst at the same time new flowers are forming.

We have a collection of succulents that rarely make an appearance on the blog, but this next one is really interesting looking:

The warm and sunny late autumn weather is causing the many trees on the farm to grow. You can almost see the sap rising in the branches.