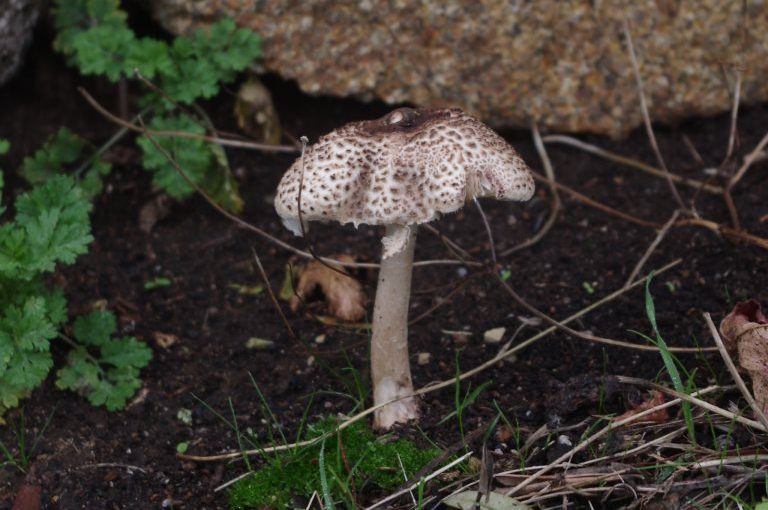 Someone once recounted an amusing story to me, the gist of which was that children these days believed that money came from ATM’s (Automatic Teller Machines). From one perspective, the kids are correct, but alas for them, that is only part of the larger story of money.

When I was a kid, ATM’s were unheard of, and being the child of a single mother, money was not forthcoming from any direction, including that of an unattended machine in a wall. Nope, if I wanted money, I had to hustle. And being a mercenary little scamp, I was pretty good at hustling. Sometimes I held up to three jobs at a time, so as a young kid I was rolling in mad cash.

At about the age of around eleven or twelve I was dragooned into domestic duties. Before that time, food used to be this magical – if somewhat uncreative – process that resulted in food being placed on the table for me to consume. After being dragooned, I knew where the food originated (the shops!), how it was prepared, and how the preparation was cleaned up, only for it all to be repeated again the next day.

Back then, I may not have known the term stoicism, but I sure was living the philosophy! To me domestic duties were just another form of hustling to add to my already long list of activities that had to be done. But fortunately for me, the food genuinely was uncreative, and mostly made from raw materials. What can I say, they were cheap. I rapidly mastered the skill of basic meal preparation from scratch. At the time, it wasn’t lost on me that ding, ding, reheating cooking was for other people. And, processed food was something that was talked about but rarely seen.

Despite being broke, as a kid we ate reasonably well and I don’t recall any serious bouts of illness. Fresh fruit and vegetables were cheap, and basic cuts of meat – usually lamb chops – were also cheap. I fondly recall picking the lamb chop bones clean, and I savoured the fatty tail and even sucked out the marrow. If Ollie the Australian cattle dog was around in those days, he’d be pretty unhappy with how little was left over on the bone for him to chew. Nope, very little food was ever wasted.

Many years later, my mother hooked up with a bloke whom she later married. He was a good bloke, if a bit rough, and I owe him a debt of thanks as he taught me a whole lot of things about how to use all sorts of tools and make the most of a home workshop. He was one of those handy backyard folks who could make or repair all sorts of items. But at some point in his past he either smoked or had had sun stroke (or possibly both), because he had little sense of taste. And my mum who was never keen on the domestic arts in the first place, gratefully left all of the cooking to him.

Did I mention that the bloke had a very poor sense of taste? Well he used to load huge quantities of salt into his meals, as well as so much garlic that I’ve experienced enough for one lifespan. And chips (thickly cut fries) deep fried in lard were very tasty, but hardly the sort of thing you should consume every night. And there were the yummy processed foodstuffs befitting a household who’s economic star had risen.

The abrupt change in diet was a bit of a shock to me, and I didn’t really take to it. And despite paying 40% of my $12,000 annual salary to them for board, they stopped me from cooking my own food. And I must have been annoyed at the impasse, because when a mate suggested moving out into a large share house, I jumped at the offer.

Of course as fate would have it, my displeasure at the situation made itself known in other ways, and so I made a lot of noise and was a general all round pain in the backside to them. A day or two before I moved out (I had neglected to mention this inconsequential matter) my mother suggested to me that I should think about moving out of the house. And it was with an ironic feeling that I remarked that I was leaving Saturday.

It felt good to step out into the world on my own terms. Plus it was cheaper, and I could cook the food that I wanted to eat.

The feeling of freedom was a heady experience for one as young as I was at the time. And the house mates were entertaining and always up for mischief. Sometimes there was too much mischief! Late nights, mysterious and colourful guests, and dirty Saturday mornings walking out of clubs as the sun rose above the horizon. Fun times.

I was burning the candle at both ends as the old timers used to quip. One day, I recall feeling a bit done, and one of the house mates offered me a multi-vitamin tablet. And when I could feel the vitamins kicking in, I knew I had to slow down a bit and eat more diverse range of fruit and vegetables. I somehow didn’t manage to slow down in that household, but I did improve my diet. About a month later I took another multi-vitamin tablet and felt nothing at all. Of course I was still tired, but that was most likely due to the extraordinarily late nights.

Since those days, I’ve never stopped cooking. The editor is no slouch in the kitchen either and we still prepare most meals from the basic raw materials. It is still fairly cheap to cook that way, and most days of the year we have fresh fruit and vegetables right outside the door ready to pick. And winter is the time for citrus crops here. At the moment I’m consuming ripe lemonades and mandarins in my breakfast. Soon the grapefruit will be ripe, and there are always lemons and limes not to mention the fresh vegetables and herbs. We also supplement our home grown produce with other fresh items purchased from various markets.

I’m really not sure what most people do for food these days. It is a bit of mystery to me. The other day I encountered someone who, I believe, has scurvy. They certainly exhibit the symptoms of the disease. It is a disease caused by a lack of Vitamin C – which can eventually kill a person if left untreated. It is the sort of thing that nowadays people in refugee camps suffer from (and pirates of course).

Ascorbic acid (vitamin C) is important because it is used by the body to maintain and produce collagen, which is the main structural protein found in skin and other connective tissues. Without maintaining your bodies collagen, you basically begin falling apart. It is not nice. Humans and guinea pigs are some of the only animals that can’t produce Vitamin C, and we can’t even store the stuff in our bodies, so we have to consume some Vitamin C every single day of our lives.

I get the impression that this person who possibly has scurvy, believes that they eat a considered diet rich in healthy foods. Like the kids with the ATM, the full food story might be entirely lost on them.

Earlier in the week we installed the gate to the corn (which contains vitamin C) enclosure extension. The fencing was also installed. Most of the materials were sourced from scrap materials that we had to hand, and the chicken wire came from wallaby proof cages around fruit trees that were no longer required.

Along the new fence line we planted lavender plants on the outside of the enclosure and several kiwi berry vines on the inside. Kiwi berries are a small variety of self pollinating kiwi fruit and chock full of vitamin C.

Work on the Moby (Bodyrock!) Rock has continued and we continued to widen and deepen the many holes in the rock before pouring in expansive grout. We’re hoping the expansive grout breaks part of the rock. At the time of writing this blog, our hopes are exceeding reality.

One of the hardened steel drill bits broke during the drilling process. I am often unimpressed by the quality of goods sold these days.

The path leading into the far side of the corn enclosure (where the new gate was installed) has had a load of the locally quarried crushed rock with lime placed over the surface.

Whilst we were waiting for the expansive grout to do its rock demolishing trick (which it hasn’t done so far) we collected a huge quantity of rocks and placed them in and behind one of the steel rock gabions. It is almost – but not quite – full.

And it is with sadness that I have to announce that I cut down a mop top (Robinia species) tree that was growing well but over shadowing the strawberry enclosure. There seemed little point in constructing such a useful enclosure and then losing a lot of strawberry production to shading from the tree.

A lot of purchased (and free) organic matter is brought onto the farm and I am always surprised at the sheer quantity of plastic waste that it brings onto the property. I am not left wondering why the Chinese no longer accept our recycling waste because of the impurities it contains.

The remaining tomato plants are right at the end of the season. We’ve removed most of the plants, but left a few that were still producing. Whilst the tomatoes in the next photo are green, they contain all of their sugars and will ripen to a nice yellow colour in the house.

A group of rare birds visited the farm the other day. It was a family of four Yellow-tailed black cockatoos and they are as large as a wedge tail eagle. All of the permanent birds that live on the farm studiously avoided taking note of the large birds presence.

Food is a bit scarce for the red and blue parrots (Crimson Rosella’s) that live on the farm and they happily pick through any uneaten grains that the well fed chickens have thoughtlessly discarded:

The recent rain (the rain is belting down as I type this) has caused the return of the huge variety of fungi that are found in the soil here: