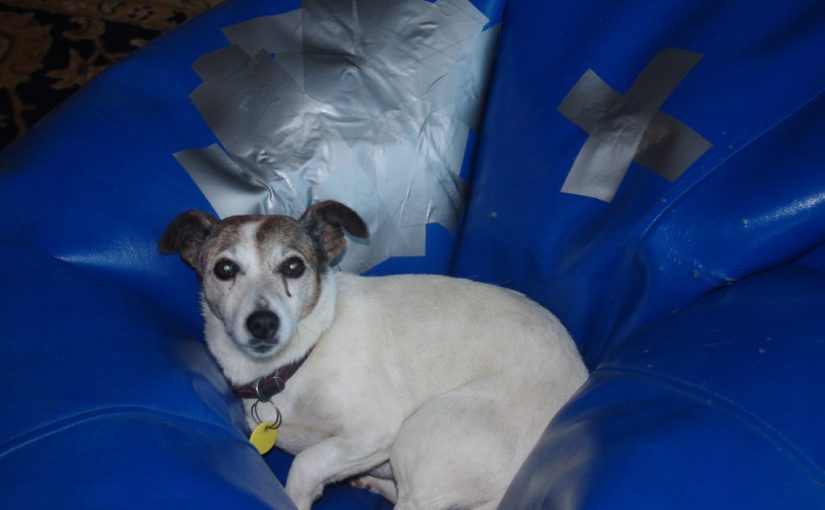 When writing a weekly blog, it is tempting to only write about the successes and the wins. But sometimes you don’t win, and despite your best efforts, success is out of reach. This week, I acknowledged that Moby (body) Rock is a worthy adversary that bested me. Moby (body) Rock is the huge chunk of granite that was unearthed recently when excavating the corn enclosure extension.

Our society often fixates upon success at all costs. It seems a bit of an unhealthy obsession to me. A few years ago, I used to occasionally travel past a football club in the big smoke. The club had hung a huge banner on the front of the club buildings. The banner proclaimed the club slogan, which was something along the lines of: “Whatever it takes”. When the football club was later embroiled in a “supplements saga” that was investigated by Australian Sports Anti-Doping Authority and the World Anti-Doping Agency, I wasn’t particularly surprised. In my opinion, the slogan proclaimed that all options were on the table, failure being one of them as it turned out. It was an perhaps an unfortunate choice of words for the club.

As a child, adults used to tell me a similar shtick, and that was that: I could do anything that I wanted to do. Now of course, even as a child I realised that such talk defied reality. And it wasn’t lost on me that the adults pedalling such nonsense still had to go to work on a Monday morning, despite their beliefs.

Nowadays, I’ve noticed that people no longer tell children such tales. No doubt that is because we are much smarter now and more progressive, instead we tell children that they can be either Princesses or Super heroes! Maybe the costumes are cheaper than providing real opportunities.

Moby (body) Rock is a massive chunk of incredibly hard granite. In the past dozen years that we’ve owned this property, there has been only one other time that a huge chunk of granite was encountered. And given how much soil we have relocated over the years in order to make this farm, we’ve been really lucky not to have encountered more granite. The earlier instance was the huge rock that sits behind the house and dog run. It is a huge rock, and a 20 tonne excavator could neither relocate nor budge it. So there the rock sits today in all its rocky glory. And I wasn’t allowed to have it blown up at the time (as I still remind the editor, frequently).

Moby (body) Rocky was a different situation, because all we wanted to do was remove a small fraction of the rock. Turns out even that small hope was far harder to do than to talk about.

Thanks to Steve from Colorado’s suggestion to demolish the huge chunk of granite using expansive grout, we began researching and trialling methods for demolishing the rock. We initially purchased cheap tools with which to tackle the job, and those tools promptly broke (not a bad effort for only a few uses!) We then upgraded to far better quality tools and discovered the expansive grout failed to set, but it quickly became obvious that the effort involved was not worth the outcome.

So, on Saturday lunchtime after many hours of drilling and also chipping away at Moby (body) Rock with an electric jackhammer, we called it quits, and decided to do something more beneficial with our time.

There are easier projects to do here that will bring more substantive benefits given our limited time, resources and energy. The situation is a good metaphor for: “Energy Returned on the Energy Invested”, which is a concept that has great implications not only for the corn enclosure where Moby (body) Rock proudly sits, but also for the renewable energy systems that powers our farm during this Wintery time of year.

And the corner timber post required an even bigger amount of granite to be removed from Moby (body) Rock. It was a big job.

The next day, we cemented the two timber posts into the cut sections of the rock. The heavy duty chicken wire and steel rails were also added onto the corn enclosure fence. I reckon it looks quite good.

The kiwi berry vine was planted (making four vines in that enclosure) and we can now declare the corn enclosure project complete!

Almost doubling the size of the corn enclosure over the past couple of months will allow us to plant out about 130 to 140 corn plants next season. That many plants should yield about 260 to 280 corn cobs. And looking down on the corn enclosure from above, you’d never realise how new it all is:

It has been a stormy old week. The sun has occasional shone forth from the thick clouds, but more often than not, thick clouds have been the order of the day:

I previously mentioned the renewable energy systems that provide electricity from the sun, and on days like the one above (of which there have been many this week), the system barely makes 10% of its rated output:

I’m always surprised when serious people suggest that we can run an industrial civilisation entirely on renewable energy sources. Such claims defy reality, but then I guess people tell kids nowadays that they can become princesses and super heroes (perhaps they might want to try ‘solar power man’), so I shouldn’t expect better. Anyway, for three weeks either side of the winter solstice, there are days when the system here generates far less energy than even our modest requirements.

There were so many beans everywhere, that Ollie may have started it, but we had to finish it. The holes in the bean bag were patched with duct tape and the beans were vacuumed up.

Last week we had a batch of milk which when heated tasted a bit odd. We pay well over $3 per litre ($11+ per gallon) for organic unhomogenised milk. Never mind, the dogs and chickens enjoyed the odd tasting milk. However, there was another unopened carton of the same brand and batch of milk, so I thought to myself that I’d use it for making yoghurt.

Turns out that was a really bad idea and I inadvertently made a monumental blunder. When I tasted the batch of yoghurt, Acetobacterium had contaminated the batch. Acetobacterium produces the distinctive smell and taste of Acetone which most people would encounter as a strong solvent used as nail polish remover, among other industrial uses / drug manufacturing by-product. The batch was completely ruined and not even the dogs or chickens could be fed this stuff, although the worms are far less fussy creatures and they disposed of it. However, I had failed to retain some of my earlier yoghurt as a backup starter culture, and so over several hours I lost two to three years work at producing a reliable and tasty starter culture. Back to the drawing board.

We may only be three weeks out from the winter solstice, but there is plenty of fresh fruit to eat from the diverse range of fruit trees in the orchard. At this time of year, citrus trees are real givers, like this mandarin:

I eat a variety of citrus fruit sourced from the orchard:

The only beans that grow at this time of year are the broadbeans, and they’re doing quite well:

We still have a lot of chilli’s. Pity we can’t eat them. Pretty though:

Some birds are only temporary visitors to the farm, but most are permanent residents. Earlier on Sunday I spotted a honeyeater enjoying nectar from the flowers of a recently planted Irish Strawberry tree:

67 thoughts on “Failure is always an option”