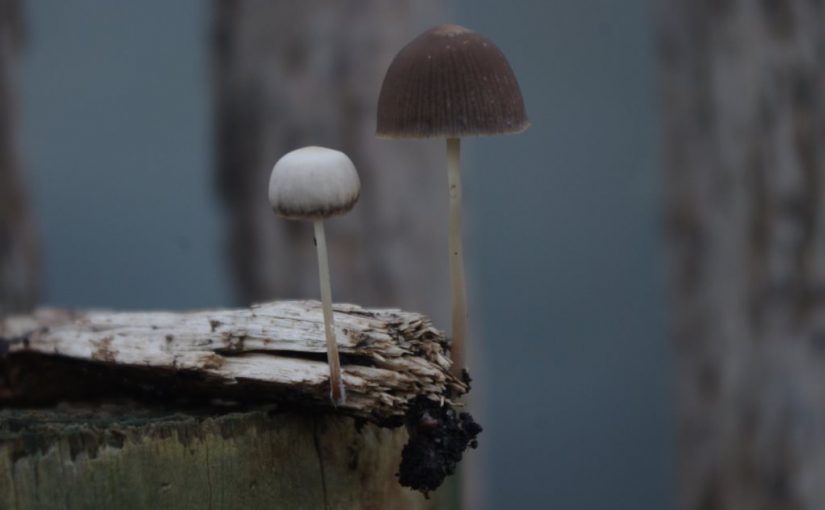 The house was frankly a bit of a dump. On the other hand, the proportions were grand, and I’m a bit of a sucker for 1880’s boom style architecture. The houses from those days are fairly basic, but with lots of interesting details, such as the cast iron lacework at the front of the house. Who could possibly not note that the ironwork in this case, needed a bit of paint to protect it from the ongoing ravages of the weather.

It was a narrow house, as most century old workers cottages in inner Melbourne are. Back in those days, building materials were expensive and so the houses were generally quite small. With houses of that age, the toilet was often found at the very rear (please excuse the pun!) of the property. And I recall that my grandmothers house had the flush toilet all the way down at the end of the small garden and towards the back lane. It was called a ‘dunny’, and there was a certain natural reluctance to visit it on a cold wet winters night.

Back in the days when I looked at such houses with an eye to fixing them up, it was quite easy to find a house that was a bit over a century old and appeared in fairly original, albeit very run down condition. By sheer chance, on a different day the editor and I stopped past a mortgagee auction (the bank had foreclosed upon the premises) for a house that had been used a brothel. Of course, we were snoopy and poked our noses around the property which had an unusual internal configuration (lots of spa baths) and colour scheme (lots of pink). We hung around watching the auction, and the bank owners and the real estate folks were almost begging us to buy the unusual house for the outrageous price of $49,000.

It always interests me to see the materials used in dodgy constructions. I recall demolishing a lean-to on a century old house, only to discover that the folks who constructed it had used timber packing crates to hold up the walls and roof. I was glad that the plumber who was working on the house with me, had not fallen through the roof!

But the particular house from the start of the story that I was looking at also had a newish two story lean-to. However this one looked to me as if it was about to fall over, and in fairly short order too. People at the inspection were barred from entering the second story of the lean-to at the rear of the house, and that probably was a good thing.

I thought that the house would be sold on the cheap, and so asked the nice real estate agent about the property. Without being prompted, the real estate agent informed me that an insurance claim had been lodged and accepted. The claim was purportedly to cover repairs for the dodgy lean-to. I kept a pleasant and mildly goofy look on my face at that news, but internally a klaxon siren was screaming at full volume: ‘Do not touch or consider this property’. Sound advice, but I was still curious about the insurance, and so asked the real estate agent if he had anything in writing about this matter.

Turns out the insurance policy was with HIH Insurance. As an interesting side note, the company was placed into provisional liquidation and is considered to be the largest corporate collapse in Australia’s history. A tidy effort. It would have been an interesting intellectual exercise to extract the money for the repairs of the dodgy lean-to.

The insurer was big, and I even ended up unwittingly having a policy for building insurance from them. I was selling a house, and was required to furnish an insurance policy along with the contract of sale. I’d purchased and paid for a policy on the very afternoon of the day before the insurer was put into provisional liquidation. At least the nice people at the insurance company, upon accepting my payment, also immediately provided me with a certificate of currency for the insurance policy. And I desperately needed the paperwork as a condition of the contract of sale of the property. In a technical sense, there was an insurance policy in place at the time of the contract of sale. However, I was eternally grateful that nobody ever looked terribly closely at the paperwork.

Note to self – always read the contract.

The insurance that I purchased provided for a six year guarantee for structural faults in the house. I had no worries on that score, because if anything I’d always over-engineered any structures that I’ve constructed. Not every builder acts that way, and of late there have been a number of high profile high rise apartment towers that allegedly have structural problems. Some have even been evacuated.

People often feel the need to remind me of the high bushfire risk that goes along with living in the mountain and forest where the farm is located. The risk is real, but some risks such as bushfire capture the public’s imagination more than others. Probably that is because of the sheer horror or death toll. But even so, I for one wouldn’t want to live in or anywhere near to one of those high rise towers with the alleged structural faults, should they fail.

As part of research for this blog I read a few articles on the subject of the high rise towers. One core issue that was consistently repeated was that the apartments contained within the buildings had lost value. Maybe it is just me, but I’d probably be more worried that I’d be in or near the building if it possibly failed. Not good. However, if an apartment had only lost value and was still saleable, that implies that there is someone who wants to purchase the apartments at a discounted price, otherwise known as a ‘fire sale’.

The winter solstice was reached and for six of the past seven days, clouds have obscured the sun. Some days the thick cloud stuck to the mountain range like a toasty warm blanket.

At least up here on a mountain saddle, the deep winter weather was warmer than in the valley below. When I could see the valley of a morning, frost had settled everywhere.

It was cold and damp here for most of the week, but at least the temperature had not yet dropped below 0’C / 32’F, although we got very close one morning.

Alert readers will note that we don’t tend to go overboard when it comes to heating the house over night.

Despite the frost in the valley being quite heavy, up here the morning frost was only minor. It looked quite nice.

I always have several bowls of water available for the use of the wildlife, and that morning, the water was covered in a thin sheet of ice.

Overall, the winter so far has been reasonably mild. Two apple trees are a bit confused by the weather and have failed to completely go deciduous.

The almond trees have begun to produce swelling buds.

I’ve even noticed that a hazelnut (filbert) has produced a catkin (the technical name for their flowers).

I recently cut back the Asparagus plants, but one or two of them continue to grow.

Today I spotted what looks like either a Daffodil, Jonquil or a Snow drop.

Over the past two weeks, concerned readers have been expressing their deepest sympathy for my well being due to the break down of my coffee machine. Well, fear not brave readers, for I have now fixed the coffee machine. The parts turned up in the mail on Thursday. I wasted no time and began rapidly dismantling the coffee machine.

It is an elegant machine that was designed for a long lifespan and with the concept of repair as a distinct possibility (unlike some buildings). Out with the old parts, and in with the new parts:

All is now good with the world as I can enjoy my regular morning coffee again.

In breaking fluffy canine news: Ollie blamed Toothy, but the editor and I are no fools, and we blamed Ollie. He somehow managed to chew upon one corner of the green couch. The green couch has travelled with me for the past 25 years. I am very annoyed at Ollie as he acted badly that day. We have repaired the damaged to the couch, but Ollie is now no longer allowed to be in the house unsupervised. Alert readers will recall how cold it is outside at this time of year.

It was so cold, damp and miserable outside this week that we didn’t actually do that much work about the farm. However, by Sunday, the sun broke through the clouds and provided some much needed solar power. That day, we went on a major rock scavenge and managed to discover and move another huge rock for the developing succulent garden terrace.

The shadows cast that day were long as we are only a day past the winter solstice. That didn’t stop us though and the large rock was moved into position in the new succulent garden terrace.

A lot of the rocks acquired in the rock scavenge, ended up in a steel rock gabion cage. However, mid sized rocks were used to correct the rock wall on the potato terrace (the gabions are on the lower side of this terrace).

In the above photo the rocks closest to the camera were a bit too small and that allowed soil to wash over them during very heavy rainfall. The newer rocks (further away from the camera) sit high above the soil level and that corrects the problem.

As we were moving and relocating rocks, a family of laughing Kookaburra’s observed the work and dived on any grubs that we uncovered.

The return of the rains has meant that it is fungi time. And there are a lot of different fungi species living here. Fungi do great work converting woody organic matter into rich black soil. Fun times.