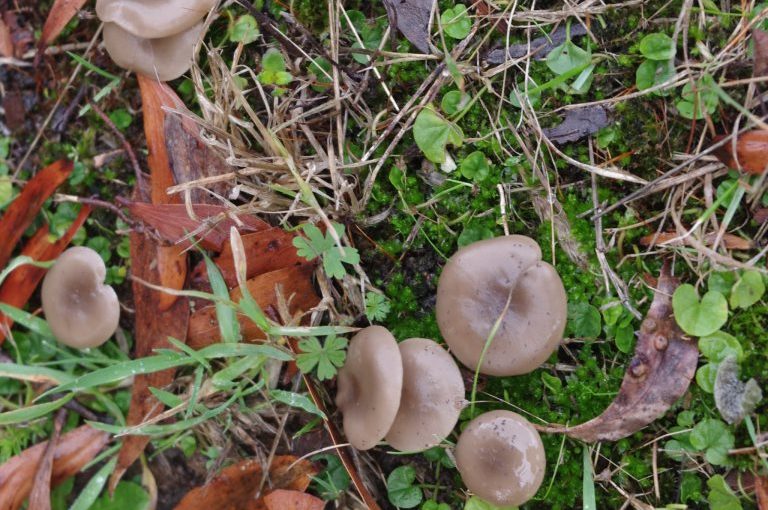 Early mornings are usually accompanied by strange sounds. There is the initial solid sounding click. Then all goes quiet whilst the boiler goes about its boiling. Another click produces a delightfully anticipated whirring sound as the pump pushes hot water through the coffee grounds. But nothing quite compares to the hiss of the steam as the valve is opened and the steam heats and froths the milk to an exactitude.

Some people love the sound of race cars and motorbike engines, and that is cool. I’ve even observed people waiting upon the steam rail society to take their steam locomotive through the local railway station. The whistle of a steam train is unmistakable and distinctive, and when they run the steam train runs I can hear the whistle clearly despite the distance. However, I like the sound of coffee machines.

It isn’t because I like the clicks, and whirs and hisses the machine makes, no. It is because I anticipate the fine quality coffee that my brain requires in order to get kick started early in the morning. Without coffee, early mornings are not clear. I am most definitely not an early morning person. And woe is me, because the coffee machine broke down earlier this week.

Fortunately, this particular coffee machine is a very old design, and replacement parts are readily available. The parts just haven’t arrived yet at this remote location! I confused the concept of ‘express post’ (which I paid extra for) to mean something other than the ‘slow delivery’ that I enjoyed.

The lack of early morning coffee is making me feel a bit edgy this week. Unlike many people that I speak to, I usually sleep very soundly. Everyone is different on that matter, but I normally require a lot of sleep, usually between eight and nine hours per day.

However, this week, in addition to no early morning fine quality coffee, my sleep has been disturbed. And because of that, I’m even more out of sorts early in the morning.

You see, my mind has been mulling over a problem of my own making. I did someone a favour, on the basis that I’d known them for years and years, and they really did need the help. The favour was delivered upon, but then that is when things got strange. What began as a favour, rapidly escalated into the new normal for their expectations. And I was left scratching my head as to how did something that commenced with such good intentions, end so badly for me?

At such times, I like turning over a problem in my mind and examining it from every angle that I can conceive. The editor and I discussed it too. Several possible courses of action were mooted. And finally, we asked the hard questions as to what could be learned from this, and how the heck do we avoid such unexpected nonsense in the future.

Fun times, and I’ve been rather busy this week, so my mind has been full of other matters. But then in the dark wee hours of the night, the Bogeyman rolls out the gang plank, and beckons for me to join him upon the deck of the good ship: HMS Wide Awake in the Middle of the Night. Fortunately for me, all good things come to an end, and I finally solved the puzzle, and got back to sleeping well. I had confused the concepts of ‘relationship’ to mean something other than the ‘exploitation’ that I experienced. And just to add insult to injury, there was still no fine quality coffee to wake up to.

It’s an outrageous state of affairs, however, I’m not alone and there appear to be plenty of other people that are confused by concepts. At least I’ve got an excuse, because unlike me, some of those confused people are probably enjoying fine quality coffees.

Earlier in the week I was pondering the unusual and confusing expectations that some people seem to have in relation to renewable energy systems. For about a decade, I’ve lived in a house that is not connected to the mains electrical grid. It has been a fun and interesting ride. In order to get my head around how this stuff works, many years ago I began keeping records of the daily data for the system. And here it is, all in a nice colour up to date graph:

When I look at the green line in the graph, it becomes clear that the solar panels produce more electricity in summer than they ever can in winter. The reason for the difference is that the sun is lower in the sky over winter, and the days are shorter. If a person was to graph out the daily growth of plants during a full year, they’d probably see the exact correlation to the solar power electricity generated.

Whenever they are running, night or day, fossil fuel powered electricity generators provide for an electricity output at a more or less constant rate. Solar panels on the other hand produce different outputs of electricity, every single moment at every day of the year – and certainly nothing at all at night. The two different generators may both produce electricity, but the delivery is very different, and I suspect that in the rush to deploy renewable energy technology, not many people have grappled with what that actually means. People, I feel have confused the concept of ‘continuity of supply’ to mean something other than the ‘intermittency’ that they’ll possibly enjoy.

The weather has alternated between pleasant sunny winter days, and seriously heavy downpours. And the more fashionable part of the mountain range enjoyed periods of thick cloud that just scraped the edge of this mountain saddle. The clouds sure looked pretty though:

The thick clouds brought lots of rain, and I noticed that the large reserve water tank has gone from empty last week, to now being about 40% full.

Excavations for the new garden terrace continued. It wasn’t long before we’d unearthed yet another very large rock (but nothing near the size of the Moby (body) rock). So further digging was halted, and we set about learning how to break the larger rock into much smaller sized and more easily handled rocks.

To break up large rocks, a number of deep 22mm (9/10ths of an inch) holes were drilled into the rock.

Once the holes were drilled, the electric jackhammer with a sharp wide blade was brought into play. After a few minutes work with the jackhammer, cracks appeared and the rock fell into two pieces. All of the tools were powered by the solar power system, so this work had to take place on a sunny day.

We unearthed a number of large rocks in that area.

A wheelbarrow was used to move the smaller (but still large) rocks to their new home which is where the old strawberry patch was located. They’ll create a series of ever higher terraces. The editor intends to plant succulents in the terraced garden beds. The first terrace is nearing completion.

Rock walls are quite handy, because they can be easily adjusted. The rock wall on the downhill side of the courtyard has begun to be adjusted so as to reduce the curve of the rockwall.

Rocks are great resources. We use rock filled steel gabion cages to hold back the steep soil on the potato terrace. Last week, one of the two open steel rock gabion cages was completely filled with small rocks. This week we sewed the cage shut using steel wire.

It all looks pretty good, especially when looking from the potato terrace down to the level that I’m standing on in the above photo.

The rain eventually stopped and over the following days, the tree ferns were planted in the fern gully.

In the (newest) strawberry and grape vine enclosure, we relocated some strawberry runners. Some areas in the enclosure had been a bit thinly planted, whilst other strawberry plants died during the most recent very hot and dry summer.

The garden bed behind the corn enclosure was filled with composted woody mulch. An Irish Strawberry tree as well as an Escallonia shrub were planted in the soil.

And the corn enclosure received an extra quantity of fertiliser in the form of additional composted woody mulch, dolomite lime, and a 10kg (22 pound) bag of blood and bone. Ollie the Australian cuddle (cattle) dog was very excited by the smell, and had to be kept out of the enclosure because he wanted to eat the stuff. A snack sized hole can be seen on the right hand side.

One day next week is the winter solstice, and the asparagus spears finally yellowed and succumbed to the winter weather. It is a good time to cut the spears back hard and apply more compost to the three asparagus raised garden beds.

Having only a limited amount of sunlight at this time of year, does not mean that plant growth stops, it just slows down a lot. Despite all of that, there are still plenty of edible plants to consume.

There are plenty of flowers around, but regular readers saw them last week, and perhaps also the week before. Instead this week, I’ll show some of the mosses and mushrooms that are growing: