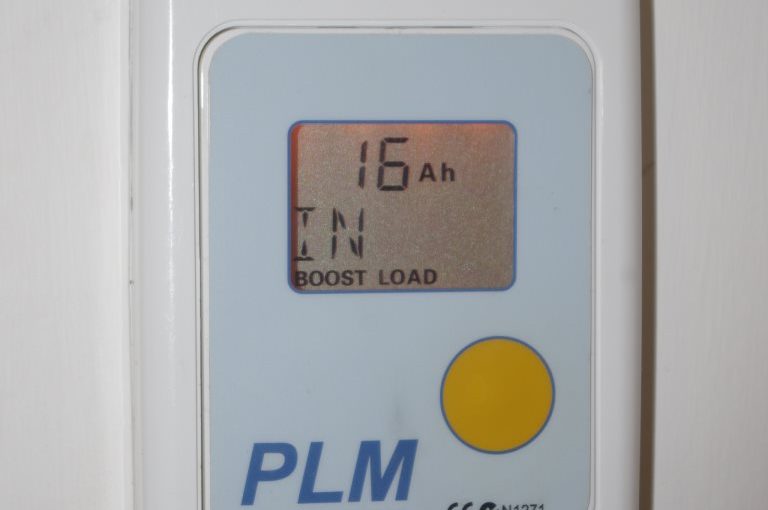 The winds roared, the temperature dropped and the rain was unrelenting. The noise of the wind howling through the trees during the previous night woke me from my slumber on several occasions. Before dawn the rain was falling heavily, and it continued to fall steadily until well after sun down.

Two and half inches of rain filled the remaining gaps in all of the water storage tanks. Such rain does not arrive without its attendant thick clouds, and the sun was obscured and dim, almost as if it decided not to show its face for the day. For all I know, the sun may have been elsewhere given the weak illumination it provided. And the solar power system responded by producing just 6 minutes of peak sunlight for the entire day. A truly impressive effort for such advanced technology, and such a result should be reassuring for the true believers in the audience (you know who you are).

Anyway, the day was cold and wet, and it started me thinking about mid-winter feasts and Christmas. Christmas takes place here at the beginning of the hottest part of the year, and so all the images of snow and reindeer’s down here just seem really odd to me. I mean the mental image of Santa wearing a mankini with some cool sunglasses, is bad enough to scare small children. Let alone the same dodgy character trying to harness up several kangaroos to a flying sleigh full of presents for the already scared kids. I have strong doubts that the marsupials are going to appreciate the experience.

So, all the rain and cold was turning my mind to thoughts about Christmas, and for some reason the editor and I began talking about favourite Christmas movies. The beautiful 2003 film, Love Actually, ticks all the boxes for Christmas movies. But then, I also secretly enjoyed the 1988 Christmas action film, Die Hard. Fortunately, due to the wonders of the Internet, my enjoyment of the film is no longer a secret.

Troubled relationships aside, the work Christmas party gets even stranger. However not strange due to the sort of party drug and alcohol usage that was depicted in the Hangover series of films. Nope, the party got strange, as often happens at boring Christmas work parties, because the party is disrupted by the arrival of a German terrorist, Hans Gruber, and his merry band of heavily armed men. Their goal was to pretend to be terrorists whilst stealing a whole bunch of bearer bonds.

Mayhem ensues with a lot of cat and mouse scampering throughout the building. Eventually, our hero, the gritty NY cop, (spoiler alert!) happily kills all of the baddies and saves the day. The Christmas party surely would have been prolonged, memorable and somewhat ruined by the arrival and subsequent deaths of the German terrorists.

There was a poignant and tense moment in the Christmas film when a sleazy executive, who was a hostage of both the Christmas work party and the terrorists, decided to act as negotiator so that the gritty NY cop gives up the game. Drugs may have been involved. It turns out the sleazy character may have been good at talking a big game in business, but it is a whole different skill set when it comes to negotiating with criminals. I mean the actions speak for themselves as the terrorists put him out of business – in a most permanent way.

A lot of people make the mistake of believing that because they are good at one specific skill, that they’re somehow good at everything. I wouldn’t want to put such beliefs to the test.

The recent heavy rains mean that from a statistical point of view, we’re having a reasonably average year for rainfall. However, the delivery of that rain is all over the place, and not much fell during what was otherwise a very hot and dry summer. Such weather is probably a good indicator as to what climate change holds in store for us humans. But more importantly, it makes for really challenging conditions when growing edible plants.

Well over a decade ago, I used to believe that growing edible plants would have been the easiest thing to do in the world. I mean, my granddad didn’t appear to have any problems with his huge backyard vegetable patch, so why should I? Turns out I didn’t know that much, and had to learn a whole bunch of stuff about plants. And even today a decade later, I’m still learning a lot on the subject.

Apparently these days, 98% of the population are involved in activities other than agriculture. They must know something that I don’t know about agriculture because the shops are full of cheap food. I guess some of those people are pretty good at negotiation, because just for one example, I see milk being sold for a dollar a litre. I’m told that such a state of affairs is good for consumers. Turns out though that it is probably really hard to make a living producing milk at such prices, and I’ve read recently that a number of dairy farms are being put out of business – in a most permanent way.

The fluffy canine collective (the dogs in the above photo) have created something of a mystery. It is a generally accepted fact of life in this part of the mountain range that the soil does not hold water at ground level in dams (ponds). But in the dogs enclosure, the dogs have dug a hole which holds water. I’m not really sure how they managed that feat of soil engineering, but it may be a combination of lime, soil compaction, and either dogs poo or urine. There is certainly something to be learned there.

Maintenance of the property is serious business and we do our best to correct failures in systems should they appear. Way back in late 2009 there was a super cell storm (the fancy name for a massive thunderstorm) which dumped over four inches (100mm) of rain in an hour. After the weather settled down, we corrected all of the damage that occurred during the storm, but the surface soil in one the location has dropped a little over the past decade and took a water pipe along for the ride. The footings for the house (the concrete that the house sits on) are four times deeper again than the water pipe, and they have displayed no movement.

The blue glue compound will be painted over during summer.

Another day of digging was done on the developing garden terrace.

Despite the heavy rain and occasional heavy frost, there is still plenty going on in the garden. Edible greens are slow growing, but plentiful:

The self seeded avocado trees seem to be surviving the occasional heavy frost, albeit with a few small frost burns:

Olive trees shrug off the very worst that the winter weather can chuck at them:

There is plenty of fresh citrus on the trees:

Over the next twelve months we intend to experiment with producing a batch of rose hip wine. It should be an interesting experiment, and over the next month or so we’ll track down some rose varieties that produce large rose hips.

The Poopyquat seems to have recovered from the hot and dry summer, and may even produce some kumquat flowers:

Fungi are also active all over the farm:

Some of the plants are convinced that spring is here early.

Here are some of the ferns that this farm is named after:

87 thoughts on “Christmas in July – Penguins and Polar Bears”