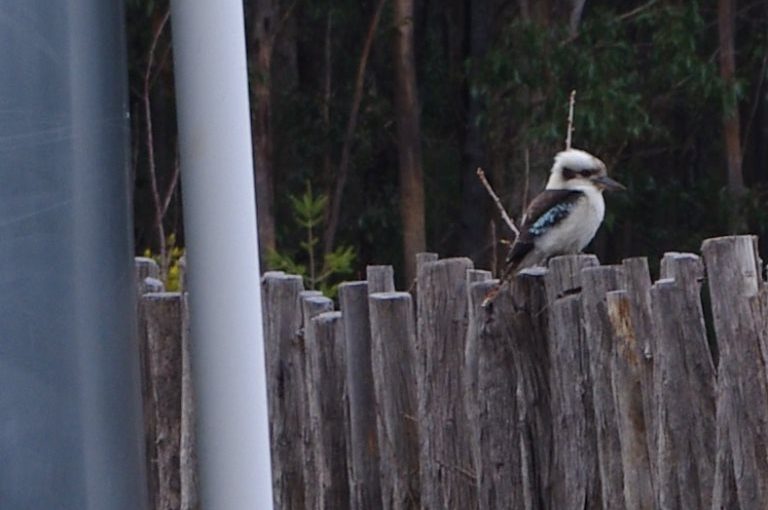 This is the final instalment of the gripping tale of a duck that ends up in murky financial waters. Editor says: Thank goodness you’re winding the story up, I can’t recall the previous three instalments!

Our hero Sitting Duck, the cadet reporter, has been sent by Truman the Turkey to seek out Roasted the Sheep for further comments upon the new economic theory. Sitting Duck lost his way on that journey, and was almost squashed by Basashi the Horse after he had the temerity of questioning deeply held beliefs about debt and dates with hot mares.

The fleet footed (and winged) Sitting Duck once again, took to the skies over Utopian farms, and with better directions this time, he rapidly located the correct paddock.

Roasted the Sheep gazed quizzically at the intruder who settled into the green paddock. Roasted the Sheep is a mild mannered Merino sheep (bred for wool production) who looked at Sitting Duck as if he was surprised to find a duck sharing his paddock.

“This is my paddock, you know”, remarked Roasted the Sheep.

Sitting Duck is an intrepid and fearless cadet reporter, and so he blithely ignored the peevish complaint and pressed on with the task at hand: “I’m Sitting Duck a reporter for the ‘The Big Swine’. I believe you are Roasted the Sheep. Nice to meet you. Truman the Turkey sent me to interview you about how Modern Grain Theory works out for farm animals”.

Roasted the Sheep positively beamed with happiness at the sudden break in routine. “Nobody ever asks me about anything. So I’ll tell ya what I can tell ya, and hopefully that’s enough.”

The sharp witted Sitting Duck had no idea what to make of the reply, so he abruptly changed tack and asked the searching question: “Cool. So what do you do around here?”

The sheep thought about the question for a moment before replying: “I work hard. I crop my paddocks, produce fertiliser, and once a year the pigs take my fleece. And that’s about it.”

Roasted the sheep didn’t mention the subject of Modern Grain Theory, and the fact wasn’t lost on our intrepid cadet reporter. For a few moments, Sitting Duck anxiously wracked his brains about how to progress with the interview, all the while trying to look intelligent. The sheep on the other hand looked at the duck with big gooey eyes. With no better questions to ask, Sitting Duck blurted out: “So is the work hard?”

A moment or three passed by, and Sitting Duck worried that the sheep’s mind had turned to other matters. Suddenly, Roasted the Sheep re-focused his attention on the duck and the gaze from the eyes was now sharp and lucid. “See that ewe in the paddock over there?” and with a raised hoof, Roasted the Sheep pointed to a nearby paddock.

Sitting Duck’s eye’s followed where the hoof pointed and saw a happy ewe grazing in a distant green paddock.

“That ewe over there is my mum. Way back in the early days of Modern Grain Theory, she purchased her paddock for three years of fleece from the pigs. Nowadays, my mum uses the surplus grain from the sale of her annual fleece to purchase trees, reliable water and extra feed from the pigs.” Replied Roasted the Sheep.

After a brief moment of contemplation, Sitting Duck said: “That is a good looking paddock and your mum looks pretty happy.”

In his slow way, Roasted the Sheep contemplated the duck reporter for a while and then said: “Yeah, she sure is happy over there. I dunno whether you’ve heard, but since Modern Grain Theory has been around, and don’t tell Truman the Turkey or Big Pig that I said this, and you can’t quote me as a source, but paddocks sure are getting more expensive these days.”

With the guts of the story now opening up before Sitting Duck, he agreed with the conditions whilst encouraging the sheep to go on (now anonymously, of course). Satisfied that he wouldn’t be directly quoted, Roasted the Sheep continued: “Nowadays a paddock will set a sheep back about eight years of fleece. I live for about a decade and so I says to the pigs: How come my mum could retire so early and I can’t? You see I’d like a few nice trees in my paddock, the summer sun you know, it sure is hot. And it would be nice to take a break from the relentless paddock cropping and fertilising business. But what with the price of paddocks these days… And you know what the pigs said to me?”

“No. I have no idea what the pigs said to you” replied Sitting Duck.

Mournfully, Roasted the Sheep replied: “And so the pigs said to me: ‘Look. Just give it a go. You might like it. It’ll give you purpose and stability.’ That was their words and I didn’t know what to say to the pigs. The pigs are working hard too, or so they tell me. And so I just went on back to my paddock. And here you are now. That was a while ago”

The story raised further questions in the mercurial mind of Sitting Duck and he asked: “How long have you been at the cropping, fleece and fertilising business?”

“Long enough, I guess. I’m getting to be an old fella and I’m not sure how much longer I can keep up the pace though, and I haven’t yet repaid the pigs. The pigs said something the other day about mutton, but I wasn’t quite sure I heard them right. Tell ya what, I sure would like some trees in the paddock though. What alternatives have I got?” Roasted the Sheep looked forlorn and shorn.

“I’m not sure mate.” replied Sitting Duck, and the interview had clearly run its course. Sitting Duck thanked Roasted the Sheep for his time, and again promised not to reveal him as the source.

With much to think about and notes to review, Sitting Duck flew back to his rented apartment. After several beers, Sitting Duck sat at his desk and began tapping away on the computer keyboard. The article began to unfold:

Sitting Duck was rather pleased with the title. And he sat and considered how to proceed with the story. Then before he knew it, something special happened and he began rapidly typing away.

Once upon a time, in the paradise of Utopia farm, several pigs concocted the economic theory: Modern Grain Theory. The pigs cried to all who would listen: “The old rules no longer apply!” And for a while all was good with the land. Then one day…

And so continued the fairy tale which Sitting Duck wrote that day. Of course upon reading the story, the face of the editor at ‘The Big Swine’ turned an unusual shade of purple (he knew and socialised with the pigs of Utopia farm who regularly purchased advertising space, and with whom he was distantly related) as he devised plans to either sack Sitting Duck or just basically yell a lot at the intrepid cadet reporter, or maybe both.  Thus proving that no good deed goes unpunished! THE END.

Spring is on it’s way. The days are warmer and the UV is now rated as medium. And some of the very early fruit trees have begun the slow process of producing leaves and blossoms (flowers). Still, the cold weather can return without warning and late in the week, a very heavy frost arrived.

We didn’t let a bit of freezing air stop us. Well, it did delay us a little bit whilst we waited for the morning sun to burn away the frost. Such times are always a good time for a coffee, fruit toast and a read!

After a long day excavating and moving soil, we finally completed the upper garden terrace.

There are now 24 roses planted on the upper garden terrace.

Some of those roses were planted last week, and they’ve already grown, as can be seen in the next photo:

From the far side of the lower garden terrace, it can be more easily seen where the new ramp is heading.

Observant readers will note that there is still a fair bit of soil to be excavated from the lower garden terrace. We’re not really sure how long that excavation job will take, however there are no urgent deadlines for completion of the project.

Long term readers will note that we maintain a very tidy and neat property.

Mostly we keep the farm that way because it suits our nature. However, from a fire risk, it is not a bad idea to keep a property neat and tidy. I recall reading a year or so back that the Aboriginal people describe the process of getting to that state of affairs as: “Cleaning up”. And I can’t argue with their logic. The surrounding forest is a bit of a mess after over a century of logging which began in the 1860’s.

If a fire swept through either of the areas in the above photos, it would burn very hot indeed. The fires are generally driven by a combination of hot days, high winds and dry and fine forest litter. It is not a complicated story. Even when green this stuff burns.

The best thing about winter, is that such burn offs don’t try to escape and get bigger. But all the same, it is better to burn off the materials now, rather than let a very hot fire sweep through and kill the big trees that live here. Some of those trees on the farm pre-date white settlement. As part of the clean up process we harvest a small amount of firewood. Much of the firewood is from wind fallen trees and branches and it is better for us to harvest and burn it for heating than to have a huge bushfire sweep through the property.

The farm is a haven for wildlife which lives in the surrounding forest, and a local farmer once amusingly remarked to me that we’d: “created a supermarket for the wildlife”.

The warmer early spring weather (sprinter as I call it) has caused the vegetables to grow.