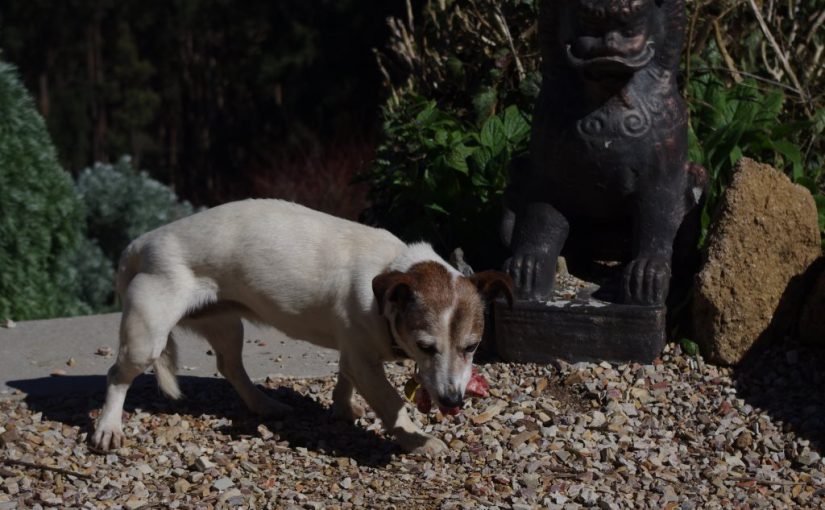 I just wasn’t cool enough. I mean who is cool enough? A few years ago I spied a blue hat in one of my favourite shops in the inner northern suburbs of Melbourne. About once a week, I’d pass by the shop and the blue hat called to me from the other side of the pane of glass: “Chris! Chris! Purchase me!”, the hat called. And for a while I resisted the call of the Sirens to purchase the blue hat.

Long term readers will know that at times I enjoy long walks through the inner city and northern suburbs of Melbourne. A person could get lost living up in the forest, and I counter that risk by taking regular long walks through what I call, ‘The Big Smoke’.

Sometimes I feel as if I don’t recognise the city that I grew up in. Only two and a half decades ago, at night the city was a quiet and dark place with only the occasional club or bar open. Nowadays, the city streets are a throng and swirling mass of mostly young people – who all live in the city. A multitude of apartment towers have thrust their way into the sky, where once a person could see the night sky. And the exhausts from restaurant kitchens entice the customers by bringing the smell of cooking to the street level. It is a different city than what I recall in my youth.

However, you don’t have to walk far out of the city before things quieten down. It is there that the streets of the sleepy inner northern suburbs fill with charming row upon row of nineteenth century terrace housing constructed for working families. Such terrace houses are expensive nowadays, and the larger sites where the old factories once stood which employed those workers are now being converted to multi-story apartment complexes.

I like to regularly feel the pulse of the city and observe the changes lest the sorrow for what once was becomes too great an emotion to bear. And in my long ambling walks I occasionally pass by a very cool hat shop. And it was there that the blue hat taunted me from the other side of a pane glass window. So, about two years ago, I threw caution to the wind and purchased the blue hat.

It was a beautiful hat. As I’m getting to be an older fella, I’m coming around to appreciating hats because they’re very practical. One hat will keep the sun off your head, whilst another hat will keep your head warm on a chilly winters day.

The blue hat on the other hand was uncomfortable from day one, so I never wore it. The hat was the correct sizing for my head, however on the inside of the hat it had a leather band which was taut and never gave a millimetre, let alone an inch. That placed pressure on my head and gave me headaches. Who wants headaches? So, I never wore the hat.

The editor, had long taken note of this beautiful blue hat sitting unloved on a hook in the hallway of the house, just inside the front door. And the editor took the virtually unworn blue hat back to the store so that it could be adjusted and made more comfortable. The nice bloke at the hat shop stretched the hat, but remarked to the editor that the hat was no longer made, and he knew of some bloke in the UK whom had lost the exact same hat and had been distraught by the loss. An offer was made on the day to the editor to swap the blue hat for another hat.

I’ve met plenty of people over the years who when faced with an opportunity, don’t have the faintest idea as to what to do, and usually they end up doing nothing. I’m of a different sort, and so when I heard about the offer to swap the blue hat, making a decision was not hard. Finding the time to get to the hat shop on the other hand, was hard. But it just so happened that over the past week I had a free day where I could visit the hat shop and swap over the hat.

When I was in the shop talking to the proprietor, I had to firstly ascertain as to whether the offer was serious or otherwise. And as it turns out, the bloke in the shop was serious. But to cover my discomfit at the prospect of returning an item that was purchased two years ago, I made a few jokes such as: “I’m just not cool enough to wear the hat, and I felt like the hat was wearing me, and not the other way around!” That scored a few laughs, but the guy knew his business and he could see that the hat was in ‘as new’ condition. After about maybe half an hour or three quarters of an hour of discussions, I walked away with a grey, rabbit felt Akubra hat. All was good again with the world!

I like my new hat, but I feel that the lesson here is that opportunities can often present themselves at odd occasions and it is up to us to recognise them as such.

Today is the official first day of spring in my corner of the world. The days have been mostly sunny and warm with the occasional thunderstorm. Some of the mornings have been very cold, which brought minor frosts. Down in the valley below, the frosts were even worse!

With the exception of an electric (and solar powered) jackhammer the excavations and clay are moved and compacted using hand tools. I enjoy the slow human scaled pace of the work, and with few deadlines it is a relaxing process, whilst also being physically demanding.

At the top of the ramp is a pile of firewood waiting to be split and stored, but beyond that pile lies a yet-to-be-constructed path leading above the house and to the driveway, almost on contour.

Some of the soil excavated on Friday was used to fill and compact the area above the new upper terrace. A sturdy fence will be installed in that area when all of the excavations are complete. The flat surface there will also be home to many black and red currant bushes. The currants are used to make a very tasty wine.

On the upper garden terrace which sits just below where Ollie is in the above photo, all but one of the 24 roses planted last week are doing very well. One rose looks like it is set to produce two flowers over the next week or so:

Behind the house sits a courtyard with two very large olive trees. A hire company was disposing of the advanced olive trees many years ago, and we took them off their hands for very little coin. In the intervening years, the olive trees have continued to grow strongly. The growth of the olive trees has been so great that one of paths in the courtyard had become overgrown and it was hard to walk through.

Moving the olive tree would have been difficult, but moving the path proved the much easier option, and so over the past few weeks we’ve been moving the path and creating more space. The job has not yet been completed, however in a month or two it won’t even be obvious that the path had been once overgrown.

Now that spring is here, I’ve noticed that the European honey bees have been out and about and foraging for pollen and nectar. The hive has been abuzz!

However, today I spotted another variety of pollinating insect that maybe a native wasp or bee. Given the perilous state of the European honey bee, this little critter may become very important for pollinating services in the future:

Dame Scritchy the venerable elder of the fluffy collective – who is no fan of winter – has also been enjoying the recent sunshine. The other day I kicked her outside in the sun with a bone to chew upon.

Observant readers will note that the raised bed closest to the forest has been the most decimated!

The recent heavy snowfall and frosts have not killed off the two tea camellia’s. I have high hopes for these plants as they are the real deal sub tropical variety, and over the past few years the weather conditions have already killed off about four tea camellia plants.

The capsicum (peppers) and chilli’s were not so hardy, and they are now very dead. People have told me stories about these plants being perennial, but that doesn’t seem to be the case here.

On the other hand, the broccoli seedlings shrugged off the winter conditions and are now growing strongly:

And the alternating warm and cool conditions combined with regular rainfall has proven to be a boon to the diverse fungi that live here.

Fruit and ornamental tree blossoms are beginning to make an appearance here. It is an exciting time of year full of the promise of future harvests: