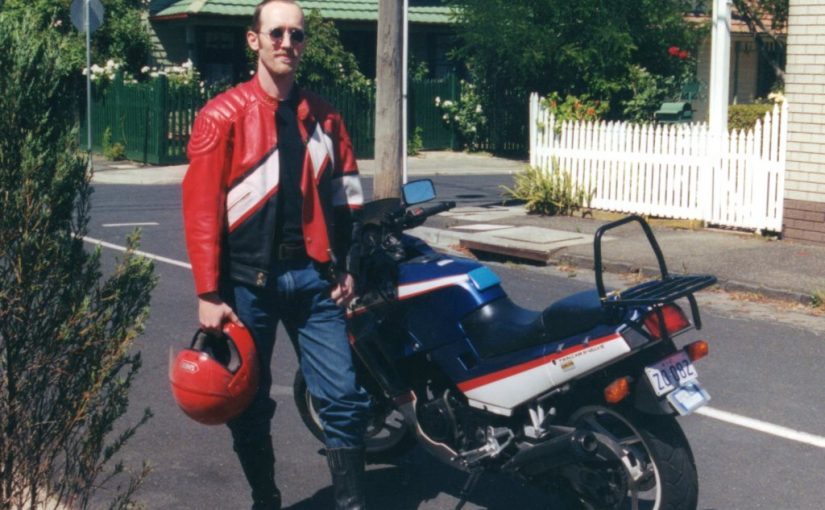 Email rarely holds the same appeal and anticipation as unlocking a post box at the local post office. There is magic in the simple opening of the hinged post box door and peering inside. You never quite know what will be contained within the dark confines of a post box. Sometimes there is so much content contained within the post box, that the hinged door pops open, possibly with relief for having its contents emptied. But most of the time the post box only contains a few items, and hopefully never a spider.

Having been in the area only a dozen years, and thus defined as a Johnny-come-lately, my post box is at the very highest level of post boxes. This is in the undesirable section of post boxes. Even at six foot tall, I struggle peering inside and assessing what contents are contained therein. Spare a thought for the editor who is not as tall as I, and who has long since relinquished the task to myself. However, I feel that the difficulties of the post box, also add to the mystery.

Now of course, the post office also serves coffees whilst supplying and holding my regular newspaper. Also, there are cakes and fruit toast. As such it is a true hardship on my part to have to endure the task of clearing the post box. Please take a moment and spare a thought for my ongoing regular ordeal.

Late last week, my hand reached into the post box and I pulled out a letter from an insurer. It is always sad to remove a bill from the post box, because they are pesky things. It is a much finer thing to remove a note declaring that there is a package to pick-up for me at the post office counter. I love packages, and I have amusingly mentioned to the lovely people working there, that visiting them is like enjoying Christmas, but all the time.

Woe is me though. The insurer had sent me a bill for my house and contents insurance. The bill was duly paid, but I’d noticed that the bill was 17.3% higher than last year. A bitter taste accompanied my coffee at the post office that day, and it wasn’t the coffee which caused it.

Math has never been my strong suit, but even I can work out that with compounding increases of that sort, it won’t take too many years before the house and content insurance policy will be truly epic – and mostly unaffordable.

For some inexplicable reason the thought of the insurance bill recalled to mind the year I didn’t own a car. As an adult, I haven’t always owned a car and for a while two decades ago I rode a motorcycle instead. Here’s me trying to be cool at the turn of the century:

Motorbikes were a bit like the Y2K bug (older readers may recall the events of the time), and like that furore, it was a bit too exciting for my tastes. After a few years of commuting, I quietly sold the machine. On the other hand, the year without a car was an entirely different matter.

The story does not reflect well upon anyone involved in the circumstances. To cut a long story short I’d loaned my trusty car (a Datsun 180B SSS coupe) to my then girlfriend for a few months. I had no need of the car at the time, and was hoping that the gesture would win some brownie points. I did say that I was not cool! Anyway, as things turned out, the car was handed back a little worse for wear. We broke up, and the car was disposed of because I lacked the funds to repair it.

No girlfriend, no money, and no car presents unappealing prospects for the young gentleman about town. I may not have been cool, but I understood the philosophical school of stoicism. So, instead of getting down in the dumps about my lack of prospects for a date on a Saturday night (because I couldn’t get anywhere without a car), I decided to ride my pushbike – everywhere. And in the process I saved a fair bit of mad cash.

For a year, I rode my trusty mountain bike everywhere. I thought nothing of pedalling 20km (12.5 miles) to visit friends and then back home again at any hour of the day or night. It did nothing for my love life, but I sure got seriously fit that year. In those days, nobody rode pushbikes and I never had any incidents with cars.

In fact so few people rode pushbikes that late one Saturday evening, I couldn’t avoid the thing that is known down here as a ‘Booze Bus’. That is a colloquial term for a police alcohol breath testing station. The police randomly block off roads and test all drivers to ensure their blood alcohol levels are below 0.05%. There are serious penalties if a driver fails that test. Anyway, I was on my pushbike and the police waved me into the testing station. As I stopped I asked them: “You’re not seriously going to test me are you?” But no, they were indeed serious. Bonkers.

I also used to ride my pushbike to and from work. Back in those days I rarely took note of the weather. It just was what it was and I had to deal with it.

One afternoon at work I watched a ‘super cell’ storm rip through the area. They’re impressive storms and can dump 100mm (4 inches) of rain in under an hour. I’ve heard it said that such storms are a one in a hundred year event, except I see them occur every few years or so. Sitting at work and looking out the window I did take note of that particular storm, and decided that it might not be a bad idea to head home after it had passed. And sure enough the storm soon finished.

Heading out of the building on my trusty mountain bike, the late afternoon was quiet. Trees were down across roads, power lines were down and roads were flooded, albeit only slightly flooded. At the time I was in South Melbourne, and originally before European settlement, the area had once been swampland. Every now and then, nature decides to alert us to the fact that what once was, can be again, and the rain and the flood waters filled the streets and roads.

But it was the quiet that struck me. It was like a scene from a zombie apocalypse film playing out in the streets which I had thought that I knew so well. Being out on a mountain bike, I had no trouble getting around trees on the road, and flooded roads were only a minor inconvenience so long as I didn’t want to take my feet off the pedals and put them into the water, although my runners were already very wet by that stage.

My normal route home took me next to Albert Park Lake. Nowadays, it may host an annual Grand Prix, but before the lake was formed and before European settlement, it was a swamp. And a lot of the water from the surrounding areas were draining into the lake. Vehicle barricades had been hastily erected over the road entrance leading into the park which surrounds the lake. Nobody was manning the barricades, and I thought to myself that I didn’t want to miss this spectacle. So I just went around the barricades and began pedalling down the road which nowadays is occasionally a race track.

It was hard for me to believe it, but the scene became even quieter. With the road blocked off to traffic (with one notable exception on a pushbike), I rode at my leisure. I marvelled at the huge tree branches that had been torn from the old oaks and elms and were so easily strewn by the violence of the storm onto the asphalt. At some points the road was slightly inundated but everywhere was just so quiet. The black swans which inhabit the lake didn’t seem to mind the devastation at all, and they continued their stately promenade upon the water and occasionally ducked their long necks under the surface looking for things to eat.

I took my time traversing the road, not because it was particularly challenging or threatening, but because of the surreal scene that I’d found myself in. There is something indefinably beautiful whereby nature can make a usually noisy scene suddenly go oh so very quiet. I’ve never really understood what I felt that day, but it was peaceful. And sometimes I fancy that the possibility of what I encountered that day is always at the edges of my senses, and if I but just turn and face it, I’ll encounter it again. But before I do, the possibility has gone again where it hides at the furthest edges of my awareness.

Nowadays I am more aware of the climate and weather, but I also note that in the greater scheme of things, there is little you can personally do about it, so adaptation is not a bad strategy. This week has been occasionally sunny, but mostly it was rather cold, wet and overall it’s just damp.

The storms ripping in from the Southern Ocean have brought winds with them, and the head of one large tree is now hung high up in another adjacent tree. The head of the tree may hang there for many years before eventually returning to the earth. The kookaburra’s seem to enjoy this new state of affairs as it has provided them with new horizontal tree perches!

Looking along the lower garden terrace, we believe that there may only be another day or two of excavations.

The roses on the new middle garden terrace are growing very well despite the lack of sunshine.

And all the clay excavated from the lower garden terrace had to go somewhere. So we have begun creating a new upper (Third) garden terrace.

This project began small and has ended up being epic in both size and scope! It will provide a huge amount of growing space.  And on one of the very rainy days earlier this week, we picked up seeds for plants that we intend to grow on these three terraces.

The excavations have proven to be a bonanza for rocks. Rock walls are being constructed with the larger rocks, whilst the smaller rocks are ending up in the steel rock gabion cages that retain the soil on the potato terrace.

My garden nemesis, the wallabies (a slightly smaller forest dwelling kangaroo) have been eating the leaves of the potato plants. Recently they appear to have developed a new trick, and that is digging up the potato tubers. Nice effort, and that should save me from having to harvest them.

We’ve begun making a new batch of olive oil soap. Making soap is easy so long as you treat the process with respect and care. Even people living in the tiniest of apartments can make their own olive oil soap. And the quality is superb.

Despite the stormy weather, things are warming up and asparagus spears have begun poking out of the soil.