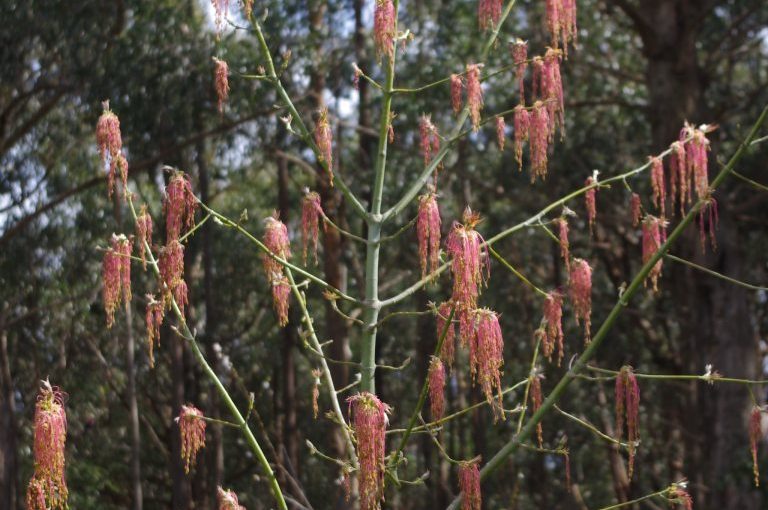 It is a truth universally acknowledged that the road to Hell is paved with good intentions. My deeper understanding of that particular aphorism took me a long time to acquire. And as usual, the understanding came with a whole bunch of unnecessary pain.

As a young adult I was very earnest. The unbearable lightness of earnestness is a difficult state of being, mostly for the other people who may be around you and get to experience it first hand. Friends would complain to me about something or other, and I’d respond by saying: “That’s awful, you-we-or-I could do something about the awfulness of the awful situation.”

Now I’m not the sort of guy to go around complaining to other people about the awfulness of an awful situation. And I only ask for help when I actually really, really need the help. In such circumstances, I don’t hesitate asking for help, I just have no desire to abuse relationships. Relationships can get abused, and I recall years ago volunteering my time, but after a few years of that effort it ended up feeling and looking a lot like an unpaid and demanding job with no social benefits – and who wants that?

However, many long years ago a mate of mine was in a spot of bother because he hadn’t completed required taxation paperwork for about a decade. I resisted the urge to get involved in my mates dodgy paperwork drama, but at the same time I also had to listen to the tales of woe and also the direct and implied requests for help.

Friends are great things to have. Business relationships are good too. But should the two be mixed and stirred? Possibly not. Friends can be enjoyed despite their foibles. Business on the other hand, is business. There is an ill defined line which can be crossed if the two were to be mixed, and that is when best intentions often go awry.

To cut a long and dull story short, I decided against my better judgement to become involved in my mates dodgy paperwork drama. And the outcome of that situation gave me a bizarre insight into the human condition. Once I’d decided to get involved, I was like a blood hound let loose on the trail of the ever tiring quarry. It had never even occurred to me that other people wouldn’t want to complete such a task, despite their words to the contrary.

So I crossed the line, stirred and mixed, and the resulting cocktail left a sour taste for the friendship. As far as I can understand matters, the task was almost completed – but not quite. Someone who was a long term friend, gave me an opportunity to peer into their decision making processes and motivations, and I did not like what I saw. The insight forced me to reflect upon the friendship itself, and for their part, I suspect that they just blamed me for their continued plight. And nobody won, and I haven’t spoken to them now in over a decade. I can’t with all honesty say that it was a smart move on my part to get involved.

Still, it was a good lesson learned and it has proven to be a valuable one. (Edit: there was another nasty tasting cocktail shortly after this sad episode which truly rammed home this lesson. Another friendship lost too.) With only a single exception, I now do not provide any professional services to friends. And with new clients, before taking them on, I assess the state of their mess. If the mess has been caused by a short term mishap, and everyone gets to enjoy those from time to time, then I’ll over look that, and work with them to move on. But with people who enjoy living in a state of chaos and have taken that on as a lifestyle choice, as far as I can ascertain, there is little help for them. And certainly help from me is not forthcoming.

The notion has larger implications for all sorts of relationships. I see the political discourse descending into a similar state of chaos – which looks like a lifestyle choice, and it leaves me with deep uncertainties that those so called ‘decision makers’ can rise to the challenge should any present itself.

One of the most interesting challenges over the past two years has presented itself in the form of the recycling debacle. The short form is that: China sends us a lot of plastic goodies to buy; and the Chinese no longer accepts our plastic waste, mostly because it is too contaminated (i.e. we don’t clean the plastic waste before sending it back to them). We’ve known for years that the Chinese would stop taking plastic waste as of January 2018, but the politicians haven’t appeared to be able to address the predicament. They do seem very good at waving a whole bunch of paper (contracts) at companies, despite the underlying realities of the situation. And all the while, the plastic is either being mostly stockpiled, put into landfill, or shipped elsewhere overseas.

Recycling is one of the myriad problems facing decision makers and society. Another is that we’re exporting so much natural gas these days that shortfalls are predicted as early as 2022. The city of Melbourne is predicted to face a shortfall of fresh water by 2028. And by 2040 I believe most of the countries coal fired electricity generators will have reached the end of their lifespan. Given the track record with recycling plastic, I do wonder how those problems are going to work out.

The thing is, you can’t really help people who are unwilling or unable to help themselves. And if decision makers enjoy chaos so much that they are unwilling or incapable of making decisions, then they have to be very careful that someone doesn’t just come along from out-of-left-field and slot into that role.

Spring has definitely arrived. The days have been warm and sunny, when it hasn’t been raining. And even when it did rain, the air has been warm. Another day was spent excavating clay on the garden terrace project. We’re hoping that another day or two will complete the excavation stage, and then things will get really interesting. But for now the lower (of the three garden terraces) looks like this:

The view of the lower garden terrace from the other end looks good too!

Observant readers will note in the above photo that at the far end of the ramp there is a large stack of seasoning firewood. The firewood was placed there in order to cure (i.e. lose the sugars and moisture inside the timber) a few years ago. The idea for the terraces was not even the dimmest of thoughts when the firewood was stacked there. The situation had become a problem and the path had to be cleared of firewood. The reason for concern was so that I can use a wheelbarrow to bring the (possibly) six cubic metres (10 cubic yards) of organic matter onto the terraces for the gardens that will be growing there. The alternative option was to walk all of the organic matter in crates up the concrete staircases.

I wasn’t really too keen on the option of walking so much organic material up the stairs, and so we spent a day in the warm spring sunshine splitting and moving (throwing) a whole bunch of firewood. It was a massive job, but we completed it in a day.

Over the next week, as long as the weather is OK, we’ll hopefully finish the lower garden terrace excavations and use the clay to construct a flat and wide path through the area where the firewood pile only recently sat. Alert readers will know that having a path there, will also mean that I’ll be able to use the same path to remove the firewood by a wheelbarrow (all downhill of course). From the very furthest end of the lower garden terrace, you can now see the path leading away from the ramp and towards the driveway. All three garden terraces can also be seen in the next photo.

This week, all of the clay which was excavated on the lower garden terrace was used to construct the third higher garden terrace. The clay was moved up hill using a wheelbarrow and slowly compacted over the course of a day using the weight of the full wheelbarrow.

And it wouldn’t be Fernglade Farm if we hadn’t unearthed some unfeasibly large rock during the days excavations. Here is a close up of the rock (and it weighs far more than Ollie, who is no lightweight).

The olive oil soap making has continued, and this week the editor poured the mix into the silicone trays where it will continue to cure. You know when the curing process is completed because the soap bars will turn white.

During the recent heavy snowfall a few weeks back, some concern was expressed regarding the Tea Camellia plants. Both green and black tea can be produced from the leaves of these plants. I grow two of them (after killing about four) and they originated from a nursery in the sub tropical part of the continent. But so far they seemed to have survived and have even produced a flower this week.

In the same garden enclosure, we’ve planted out a whole bunch of red and black currant cuttings, and they’ve all taken. We use the currants to produce a very tasty (and one of my favourites) country wine. Getting the plants to take took no more effort than taking cuttings in autumn and then poking the cuttings in the soil. It really was that easy.

As the early spring warmth breathes life into the plants, the European honey bees have been working hard around the property. Other insects are beginning to make a special guest appearance as well.