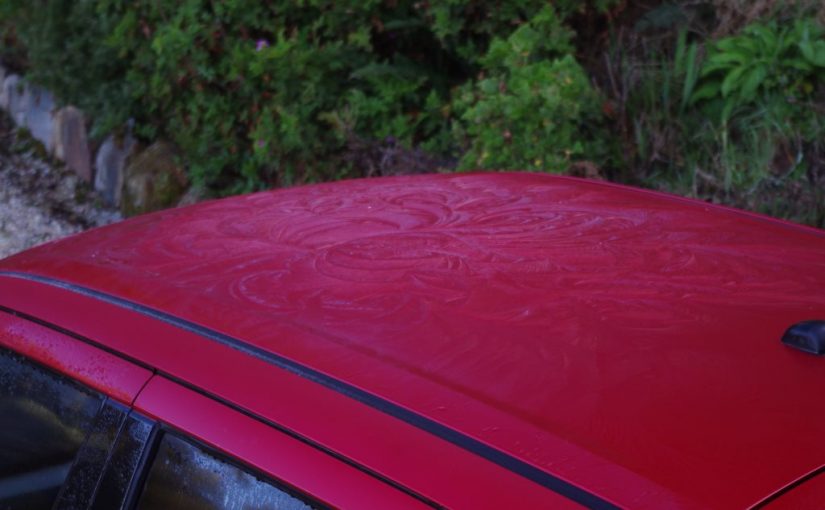 Large parts of this island continent are in the grip of an epic drought. The stories and photos I see coming from that large part of the continent are heart breaking. There are towns that are now within only a few days of running out of water, and they’re now trucking water in (at huge expense) for the residents. You can be pretty certain that in those towns, few if anyone, would waste a single drop of the precious life giving stuff. And some of those parts of the continent have received only a couple of inches of rain (25mm) over the past year. Chuck in some unseasonably hot and extreme weather, and they’re doing it tough. Most crops grown in western cultures require at a minimum 600mm+ (23 inches+) annual rainfall, and even that is stretching the friendship a tad too far. Droughts are a normal part of the land in this country, but this particular drought has proven more extreme than previous droughts.

At the farm, last summer was really hot and mostly dry. From memory there were about 10 or 11 days above 40’C / 104’F. Those sorts of days are accompanied by a low level of anxiety because the Eucalyptus forest is extraordinarily flammable. But by autumn the rains returned over the mountain range, and so now the farm is one of only a few spots on the continent that has enjoyed more or less average rainfall for the year to date. However, it is not lost on me that I have no idea as to the sort of weather conditions that the coming summer will soon bring.

A few years ago during the summer of 2016-17, and a day or so just before New Years Day of December 2016, the summer rains dumped four inches (100mm) of rain in under an hour. I’d seen such heavy rainfall before in previous years. And my experience with other such extremes of weather tells me that they can produce sudden and unexpected outcomes. Long term readers may recall the now infamous landslide incident.

During the heavy rainfall on that infamous day back in 2016, water pooled above the house and then funnelled into small area at the top of the cutting. A huge volume of water poured down the face of the cutting and washed away all of the soil and vegetation. It took about three days to rectify the mess that was caused in a matter of mere minutes during the storm.

In the month after the storm, we decided that the best way to ensure that such a landslide did not occur again was to cut a path in the land above the house (at the top of the cutting). The idea is that the path slows the flow of water which may pool up there during heavy rainfall. Furthermore, the rocks and vegetation placed on the downhill side of the path would break up the flow of water and spread the energy, thus ensuring that the water was not concentrated in any single area along the path.

In the month after the storm, we put the theory to the test and constructed one metre (3.3 feet) of path. Then some other things happened and the path stayed that way. It was truly the short path the began nowhere and led nowhere! We’ve just been fortunate since then that the rain has not been heavy enough to recreate the potential for another landslide.

Sometimes projects just don’t feel right, and the original path that we created up above the house was one of those projects. In this uncertain circumstance we decided that it was best to do nothing and await inspiration – and just hope that there was no seriously heavy rainfall in the meantime.

This week, inspiration struck and it became obvious that the original metre of path had been cut too low in the clay, and also too close to the edge of the cutting. We just needed a whole bunch of extra clay to correct the deficiencies of the original path. Fortunately over the past month or so, we’ve been excavating the three additional terraces, and so had plenty of spare clay.

This week, work continued on the excavations for the three new garden terraces, and the excavated clay was put to good work on creating a wide path up above the house.

However, all of the excavated clay was used to construct a new and improved path up above the house – which coincidentally also leads directly off (and onto) the lower garden terrace.

It was disappointing not completing the excavations on the day, but after another days work on the project, the job was done – and all was good with the world!

And all the extra clay was very useful for extending the new path up above the house. The original rock path is now under a very thick layer of compacted clay.

Hopefully, the excavations on the third and highest terrace are completed over the next week or so.

The stump grinder was also used to remove two tree stumps from the middle terrace. And that terrace, which has all of the roses growing on it, is now also complete.

The plants growing on those three terraces will have what I believe is one of the best views in the mountain range.

The excavations have proven to be a bonanza for rocks and during the week, we continued to correct the rock wall in the courtyard (which is just behind the house). The original rock wall there was set in the wrong place and the rocks that we used were just too small. The recent excavations have provided us with many much larger rocks, and so the wall has been upgraded and realigned to provide another four or five feet of courtyard space.

On Tuesday morning there was a late minor frost and the outside air temperature was 0’C / 32’F, and it sure felt cold!

Fortunately the frost was only light, and I noticed a strange and psychedelic, but also really cool (excuse the pun) ice pattern on the roof of the Dirt Mouse Suzuki.

I’ve been daily checking upon the early blooming fruit trees to see whether they were affected by the light frost, but so far things seem OK. The biggest risk at this time of year are the almonds and apricots, because most of the other fruit trees are far more sensible and are only now slowly breaking their dormancy.

Some other fruit and nut trees are only just beginning to break their dormancy this week, like this Horse Chestnut:

The Broccoli that was sown in the corn enclosure is growing strongly, as are the kiwi-berries that were planted in there and the vines will grow along the enclosures fences.