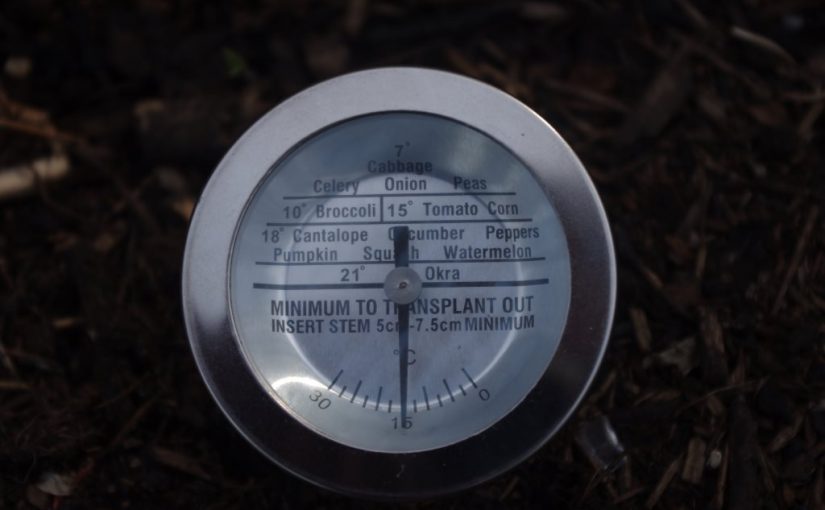 One of the Araucana chickens died earlier this week. One day she was bossily bossing all of the other chickens around, and the next day she was dead. Chickens are like that, and you never quite know when they’ll drop off their perch. Anyway, I discovered the lavender coloured Araucana chicken one morning sprawled out on her side where she was stone cold dead.

I recall purchasing her many years ago. She was offered for sale as a lavender coloured bird which laid blue eggs. That description may have been something of a flight of fancy, because she was and did, neither claim. To my eyes she looked sort of light grey coloured and laid off-white coloured eggs. After a year or so, I was not a believer of the claims. People dealing with other people in the world of chicken, probably need to keep their wits about them when considering a purchase. Definitely don’t believe the hype and always remain skeptical lest some sly person sells you Bessy the hen, who after several months turns out to be Dexter the psychopathic and highly aggressive rooster.

Chicken returns are very complicated matters unlikely to bring anyone any happiness, and I guess that there is a reason that the French developed the meal: Coq au vin, which can be literally translated as: Rooster in Wine. Nuff said and I’m sure it’s tasty.

Some folks who keep chickens for eggs have advised me to cull the entire flock every 18 months. That’s what commercial egg farms usually do (and possibly less time than that), which I’m sure it’s highly efficient (whatever that means). Nah, when it comes to chickens I’m a bit of a soft touch and have allowed them to reach venerable ages. They get to live out their retirement in peace. I can’t be sure, but birds are exceptionally gifted at teaching their peers, so the flock of chickens here, which contains many sage elders, is reasonably peaceful and always has been.

So far the spring has been very cool, unlike other parts of the country where the heat and dry can best be described as totally bonkers. I’m sure that when the heat arrives here in the New Year, it will be equally bonkers. But at the moment, the chickens are responding to the cooler weather by producing less eggs. Some days, the dozen chickens produce only two eggs.

However, the chickens feed is an entirely different matter. My understanding is that someone, somewhere else, is farming about half an acre of grains just so that my dozen chickens can dine upon their daily snacks of mixed grains. All I have to do is drive down to the local feed store, pick up a couple of bags of mixed grains for the chickens, and then drive back again. Easy. I’ve actually heard the ‘someone, somewhere else’ farming technique described as ‘ghost acreage’, and I quite like the sound of that technical term. When it comes to ghosts, I tend to take my lead from a ghost film of long ago which had the catchy ditty: ‘I ain’t afraid of no ghost’. On the other hand ghost acreage is something to be afraid of and the ongoing drought up north of this continent is pushing grain prices upwards.

Fortunately the chickens also enjoy scraps from the kitchen, plus huge amounts of fresh greens and other produce from the garden. So, all up the chickens are doing OK and living out full and meaningful lives – at least as far as chickens are able to do so.

But then that still leaves me with the problem that the dozen chickens are sometimes laying as few as two eggs per day. Maybe I should just listen to advice and relieve them all of their heads, and begin again. It’s not as hard a job to do as you’d imagine, and with practice it gets easier. Mind you, I have no plans to do that any time soon, and the chickens need not fear for their peaceful retirement.

I often wonder about how my own retirement will play out. Retirement is not a subject that is actually on my mind, it is just that because of my profession, people (of all stripes) regularly talk to me about the subject. It isn’t a subject that I’m interested in, however I like to help where I can and when faced with the retirement question, I offer some friendly advice: Get some friends, join some groups and develop some hobbies. People should pay for such wise advice.

I’ve long since come to terms with my gut feeling which suggests to me that I won’t be able to retire. Anyway, for my generation the retirement age was lifted to the age of 70 a few years back. I’m decades away from that age, and yet I’ve got this gut feeling that due to the future economics of the situation, I’m really not sure that retirement as it is understood today, will even be possible. I’m thinking it will look closer to what my grandparents enjoyed, and I don’t recall them going anywhere at all, and they certainly weren’t buying take-away coffees every day. At least they had a productive garden. But the core story of commercial egg laying chickens being culled after 18 months has never been lost on me (roughly interpreted as: Be productive or lose your head!)

In the meantime, the chickens enjoy a peaceful retirement free from the stress of sharp heavy knives, and I foot the bill.

Scritchy the former boss dog is enjoying a comfortable retirement, but it is hard to ignore that her physical and mental health is deteriorating.

This week we worked towards installing the fencing around the garden terrace project. It’s a big project that takes up a big area, and so the fencing is likewise a big job. The first job to tackle this week was creating two gates from the steel security doors that I picked up at the local tip shop.

I cut the security doors down to a more reasonable size for gates. The hinges and handles had to be removed. Holes in the steel mesh had to be repaired. Then I cracked out my new arc welder and welded new tops and bottoms onto the gates. I like my new arc welder, and purchased it on a whim after receiving a 50% off offer from a machinery supply business which I’d had previous dealings with. How an arc welder can be delivered to this remote spot for under $200 is a true globalisation mystery.

The next day, the two tip-shop-hacked gates were installed on the garden terrace project.

I was particularly pleased with the arrangement that I’d developed for the hinges because the gate can swing both inside and out of the garden terrace. Here’s a close up of how the hinge works:

Ollie the Australian cuddle dog (sorry, he’s actually an Australian cattle dog) was visibly upset that he was not allowed to stomp the daylights out of the new cement step that we poured.

Whilst we were mixing cement, I also dug holes for, and then cemented in, another seven treated pine posts around the new garden terrace project.

Very strong welded wire mesh was then installed on the outside of the garden terrace project on the side that has the gates. The wire welded mesh can be cut to accommodate the differences in ground levels, and the horizontal lines also sort of match the other enclosures on the lower terraces. And the welded mesh is most certainly wombat proof. Wombats are tough as, and they can bend all manner of steel fencing – but not this stuff.

The gates and fencing can be more easily seen from inside the enclosure.

In future years, the garden terraces will provide us with an additional 200 lineal metres (660 feet) of growing beds. And we’ll sure make good use of that. For this growing season, despite our best efforts, the clay soil is just too new to grow heavy feeding vegetable crops. On the other hand, the roses are growing really well in the conditions, but they were planted in late winter when the project was far from complete, and the plants have been fed regularly ever since.

Close up some of the flowers are spectacular, and the varieties were chosen as much for visual pleasure as for fragrance.

Another trailer load of the locally quarried crushed rock with lime was added on the path leading from the driveway to the garden terrace project. This path doesn’t look much, but is around 80m (262 feet) long end to end. Epic!

Sulphur-crested cockatoos are occasional visitors here, and it is hard to ignore them because they screech just to let you know that they’ve arrived. They can live for up to 80 years too, so it is best not to annoy them (or feed them) as they probably have long memories.

The continuing cooler than average weather (with the occasional bonkers hot day) has meant that the soil hasn’t warmed up much and the growing season may be very short this year. I tested the soil two days ago and it was only 15’C / 59’F which is on the very cold side of things for many of the crops that I usually grow.

Despite the cold soil, we are harvesting heaps of strawberries. And they are very tasty. Most of the berries are being frozen and when we’ve harvested enough, we’ll turn them into jam and strawberry wine (which is really tasty stuff).

The corn seedlings are growing, although the cold soil has meant that germination rates from seeds are as low as 20%. It is enough to make me purchase some corn seedlings (but editor says no and recommended instead for me to buy some patience)…

Zucchini (courgette) is doing well and most of the seed germinated. Zucchini is the plant that I believe is the closest relative to that of a Triffid just because the fruit grows really fast.

Wild rocket has slightly taken over one of my three asparagus raised beds. That is not a bad thing because the asparagus spears in that bed were still too new to harvest. We’ve been eating fresh asparagus from the other two beds for many weeks now.

The apple trees are having an off year. Every second year, apple trees decide that they’d rather grow than produce fruit, so in such years there are few apples to harvest. The few fruit that the trees have produced are growing reasonably well.

The apricots have produced a very nice crop of fruit and I’m watching them eagerly and will harvest them as soon as they’re ripe. Mostly, we preserve the apricot crop for consumption over winter.

64 thoughts on “Chickens, death and stuff”