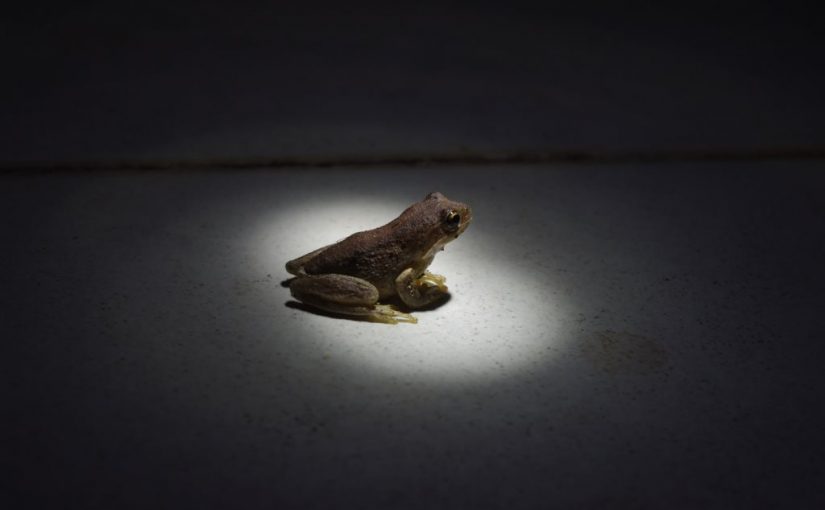 I love the ongoing war of waste. I mean who doesn’t love it, and the war efforts seem like a whole bunch of fun to me. Over the years it’s been one of my strategies to gain an advantage by not participating fully in the ongoing war effort. I figure it takes income to produce waste, who wants to waste income?

However, this week I lost a long battle and had to give ground to the enemy. Upon learning of my loss earlier in the week, I was very upset. Actually I was really very angry, which is a rare state of mind for me. After a day or so, my anger turned into a simmering pit of resentment. A few more days and the emotions cooled and acceptance settled in. I could almost hear the sage words of a very long dead bloke suggesting to me that: “Render to Caesar the things that are Caesar’s; and to Nature the things that are Nature’s.”

The problem is that I’m just not sure that nature is ready to take my perfectly functional mobile (cell) phone as waste. For some reason I’ve always had a mild revulsion to mobile phones. My feelings are probably borne out of a desire to be contactable when I want to be contactable, and then at other times I appreciate the distance. It is a personal quirk I guess.

When I was a kid, telephones used to be things that were wired into a wall socket and not something that you were expected to carry around with you. It was always an exciting event when the telephone rang: Someone is ringing the house, who could it be, and I hope the call is for me! The only exception to that rule was when the phone rang late at night. At such times it was probably one of my older sisters dubious boyfriends, or possibly some relative had died and the news just had to be shared immediately despite it being the middle of the night. So late night phone calls were always met with a bit of trepidation in those days, but mostly it was always bad news.

Before mobile phones, people made arrangements and had to stick to them – lest their no-show favour be returned with interest. And nobody ever remarked that they ‘Liked’ the death of a relative or friend as they do in these enlightened times. In travels, if you got into a spot of bother, you simply had to find a pay phone or navigate the intricate world of strangers and seek assistance. Yup, fun times.

The first person I knew who had a small mobile phone was a mate of mine. His parents were cashed up and not shy of sharing the loot with him. Other people had mobile phones the size of bricks, with thick antennas poking out the top. Not my mate, because he’d imported this tiny phone from who knows where, and somehow managed to get the local telco company to allow him to use it on their new network. What can I say, the guy had force of personality to back up the parents loot. As an unrelated side story, I met the editor because she was also a friend of his.

Nobody else anywhere had a mobile phone that small, and my mate thought he was royalty. I can’t be sure but I always had a suspicion that his phone bills were epic, but that was cool because there was always his parents loot. I recall that he liked to be seen in public with his tiny mobile phone, and given it’s rarity and my mates ostentatious behaviour, some righteous free speaking folks were happy to share their thoughts with him. Some of those thoughts included a naughty word which sounds like the word ‘tanker’ but begins with the letter ‘w’.

It wasn’t long though before the people who were making derogatory comments to my mate, had also joined the ‘tanker’ party because they had small mobile phones too. And some of those mobile phones were even smaller than my mates device.

For long years afterwards, I resisted the urge to get a mobile phone, big or small. I was happy enough to be contacted through the fixed landline. It worked for me, and rarely was there any work situation where an immediate response was required of me. But in 2008, we moved into a rural area and so had to make some allowances to people who may have wanted to speak with us. So the editor and I both got basic mobile phones.

As we live in a rural area, I picked a hardy basic phone that can be dropped into water and/or onto hard surfaces, has a long battery life and the screen can’t be scratched, if only because it is probably made out of some exotic material that isn’t usually found in nature. I’ve noticed that it is reasonably common that the glass on peoples mobile phones is cracked. Sometimes a sense of mischievousness takes me over and whenever I encounter people with broken devices, I amuse myself by dropping my phone on whatever hard surface is near to hand and then exclaiming: Look, it still works! I’m not entirely certain that other people share my amusement.

The devices sure are handy. Whenever I walk through the city, I’ve noticed that people avoid other people by having their heads buried in their mobile devices. It is a strategy that works I guess, although I have to admit that I’ve been bumped into on a number of occasions by people who appear to be giving as much notice of their surroundings as the average zombie who’s had their fill of brains for the day.

Whenever I see people with their heads tilted downwards as they amble about their day to day activities, it sort of reminds me of a 1960’s pulp science fiction novel written by one of my favourite authors: Jack Vance. The book is titled: The Eyes of the Overworld, and it follows the adventures of the anti-hero: ‘Cudgel the Clever’. According to Wikipedia, Cudgel:

“finds two villages, one occupied by wearers of the violet lenses, the other by peasants who work on behalf of the lens-wearers, in hopes of being promoted to their ranks. The lenses cause their wearers to see, not their squalid surroundings, but the Overworld, a vastly superior version of reality where a hut is a palace, gruel is a magnificent feast, etc.— ‘seeing the world through rose-colored glasses’ on a grand scale.”

Regardless of my flights of fancy, the devices seem to be clearly addictive. As such I’ve always maintained a basic phone because I have no wish to find out if I too can become addicted to one of these devices. And I’m about to be sorely tested, because the government decreed that if I wish to maintain earning money in my profession, both the editor and I have to get a smart phone. My current phone has served me well for the past six years, and now I have to waste it and purchase one of these newfangled and not very robust smart phones. And that is why I was angry earlier in the week.

The additional expense is just another knife in the guts. It seems like every year or so, I’m being told that I’ve got to pay some sort of insurance, subscription fees to access the government websites, fees to the professional body, and fees for increasingly complicated software. And every year it seems like the prices rise for these services, all of which I have no choice not to pay if I wish to continue in my profession. Earlier today I looked up the word tyranny and it is defined as:

“a situation in which someone or something controls how you are able to live, in an unfair way.”

The week has been cool again, although the coming week looks set to bring an epic heatwave stretching right across the continent: Heatwave to deliver extreme temperatures in parts of SA, NSW and Victoria, BOM says. As they say in Star Trek: “All hands brace for impact!”

Many parts of the continent have had epic bushfires already this year, and whilst the air is mostly clear here, some of the particulates from the bushfires are present in my little corner of the continent. And the sunsets have been truly astounding as a result.

During the week we completed the fencing around the new garden terrace project. Steel rails were added top and bottom along the entire upper fence line. The steel rails support the chicken wire and that means that it cannot be easily bent or pushed aside by the local wombats and wallabies. Wombats are tough as, and they have a hardened plate on their back and can easily damage fencing if they decide they wish to go where they will and an inconvenient fence is in the way.

Incidentally, Ollie the Australian cuddle dog (who’s rugged exterior defines him as an Australian cattle dog despite his personality) is looking uncomfortable in the above photo, because we’d constructed another concrete step.

Ollie has an unfortunate tendency to want to sign his paw print in any wet cement. We have other plans. It is Ollie’s kryptonite. Everyone has one, and that is his. A second concrete step was also constructed.

The completion of the fencing around the garden terrace project means that we now have easy access to the roses in the middle terrace. This week I was able to install a water dripper line which runs for five minutes every second day. The water robot does not deliver much water to the roses during those five minutes, but it is better than nothing at all.

The garden has its compliment of frogs, and some evenings the Southern Brown Tree Frogs visit the veranda to snack upon the many insects that are attracted by the house lights:

A decade old Lemon Eureka fruit tree is in the final stages of succumbing to a dreaded plant disease called: “Collar Rot”. The diseased fruit tree eventually starves and dies. About a month or so back I planted a replacement apparently disease resistant Lemon Eureka. Due to the cold spring and early summer weather, the poor fruit tree went into immediate shock and dropped all of its leaves. I then pruned the fruit tree back quite hard. This week, the citrus tree has begun growing replacement leaves:

Gooseberries and Jostaberries are almost ripe, and it looks as though it will be a bumper harvest this year.

The strawberries continue to produce very well and the small freezer is groaning at the sheer quantity of strawberries.

Raspberries and Blackberries also look as though they’re going to have a good season. A common blackbird lives here and it has a beautiful song, but far out it is eating too many ripe raspberries! A bit of moderation is called for in this instance.

Blueberries are growing well, but as per the raspberries I have to keep a sharp eye on the birds. Needless to say the local birds enjoy blueberries.

Much of the fruit hanging in the trees has put on good size over the past week or so. How good do these quinces look as they slowly ripen?

83 thoughts on “The Eyes of the Overworld”