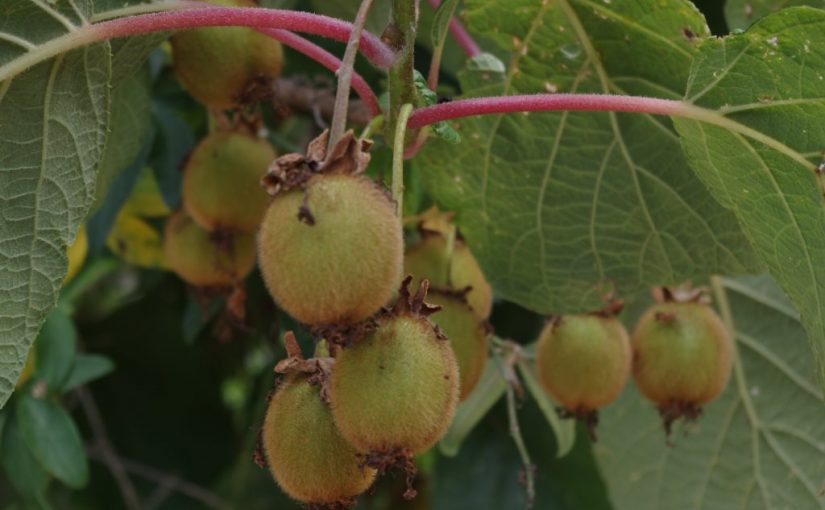 Trial and error is a tough way to learn, but for some things I don’t see anyway around using the technique. Last week’s blog included a short note about using coal to produce electricity. I then contrasted coal to the process of generating electricity using renewable energy. And as I was writing the story, I thought to myself: ‘Gawd, I hope nobody thinks that I’m schilling for the coal industry.” #notsponsored

Anyway, it is sometimes hard not to be self-conscious when writing, especially when feedback is immediate over the interweb. And for the record, I don’t take donations from anyone as I cover all of the costs of running the blog out of my own pocket. My writing is a hobby after all. But returning the discussion as to the self conscious aspect of the writing experience, I do sometimes actually wonder who I’m going to piss-off with the latest blog entry. People can get so easily offended these days.

A case in point was the spoof blog essay I wrote a few months back about a fictional experience in a restaurant when the food served could best be described as: ‘not good’. The inspiration for the blog came earlier that week when both the editor and I were served food at a restaurant that could best be described as being: ‘not good’. We handled the situation with good grace, and even paid for the food without consuming it. I know enough about small businesses to know that the restaurant was just having a bad night. And I had history with the restaurant so knew they generally performed better work than that night. It happens from time to time, and if you go to enough places to eat, eventually you’ll encounter the experience. The somewhat fancy and technical mathematical description for that situation is a: ‘statistically valid sample size’.

Anyway, I wrote a fictional account of the restaurant experience, but amusingly decided to describe me acting rather poorly. It wasn’t hard to do either because I’d used every bad complaint that I’d heard over the years to escalate the tensions in the story. I had a blast writing the story. It really was fun for me to write, and it was one of the quickest blogs that I’d written to date. And it was pure fiction.

At one point in the story I may have even channeled (I forget the details of the story now) a horrific video that I was shown many years ago of someone allegedly cracking the complete sads at a drive-through fast food counter. Chicken nuggets may have been involved in the situation as were possibly methamphetamines. It is nice though that such businesses have quality video and sound recording devices, so that the sweet moments of customer politeness can be celebrated long after the moment has passed. Anyway, I was most unimpressed with the actions of the person, up until the moment they declared the truly intriguing threat: “Don’t make me take my ultimate form!” It left the horrendous question in my mind as to what does such a threat even mean? I’ll probably never know the answer to the mystery. And I have little doubts that many centuries ago people making such claims may have been burned at the stake.

The thing that fascinated me about my spoof restaurant outrage story, was that people actually were outraged. Within a week of posting the blog entry, about one fifth of the blog readership simply stopped reading the blog. What can I say other than: ‘Sayonara suckers!’ The loss of those readers is of no consequence. However at the time, I had an eerie echo of the words of the now deceased Australian singer, Michael Hutchence, running through my head: ‘Words are weapons. Sharper than knives’. An astute observation from the artist.

I don’t necessarily go out of my way to annoy people, if only because I realise that people hold grudges, and sometimes they can act upon those grudges. In such circumstances and with such people, it is best not to poke them too hard. Sometimes though, despite your best intentions, things can go awry.

Recently I spoke with a bloke who was having a few troubles with the renewable energy (off grid solar) system on his house. It has long since been an observation of mine that these renewable energy systems don’t tend to come with instructional manuals as to how to live with them. Many of the systems, like my own off grid renewable energy system, are custom one-off systems. They comprise all sorts of components that are derived from many different manufacturers with little thought as to how they’ll integrate as an entirety. I now know enough to know that these systems are inherently complicated and they work far differently than people expect them to.

So upon hearing the distress that the bloke was having due to the troubles with his renewable energy system, I set out to try and enter into a discussion about how to begin addressing the troubles. I’m a deeply pragmatic bloke and if people are happy to whine at me about their problems, they may just have to confront candid solutions to their problems. As an interesting side note, the reaction of mine is probably a personal failing (or strength) of my own, if only because I have noted that plenty of people want to indulge their second or third whine, and I have little tolerance for such words.

The discussion however was fruitful, and in order to make the bloke more comfortable, I shared some of my own personal anecdotes of epic failures with renewable energy. There have been a few of them to choose from, so finding an appropriate example was not such a difficult proposition.

As I am skillful at reading an audience, I could sense that we were beginning to get somewhere with the discussion. But then I had to take a break from the discussion and go and collect my meal from the kitchen. By the time I returned from the kitchen with my meal in hand (for those that are curious the meal was an Aussie chicken parma with chips and salad), the bloke was departing, and so that was that for the discussion. Conclusion – maybe I am not so good at reading an audience.

After the abrupt ending to the discussion I’m now left carrying around the ongoing mystery with me. Did I offend the bloke somehow? Was the bloke actually interested in resolving the problem? Was he feeling overwhelmed? And perhaps, possibly, did he doubt my credibility? I guess I might never know the answer.

Smoke has reigned supreme over the skies this week. You can see smoke, you can smell it, and you can most certainly taste it. I can’t suggest that I’m a fan of the smoke, but things could always be worse on that front, so best not to complain. At least the sunsets are truly epic.

The sunsets have been glorious. The monsoon is now active over the northern tropical part of the continent and clouds and storms are beginning to work their way down into this far south eastern corner of the continent. One early morning brought fog over the valley with smoke haze sitting above the fog.

Observant readers will note the small tugboat looking device in the lower part of the above photo. That device is the remote unit for the weather station which provides details about the weather at the farm. With a lack of summer rain, I had failed to notice that the rain gauge on the device had stopped working.

One afternoon I had an hour or two free and so I decided to dismantle the little tugboat looking remote unit and discover why it wasn’t working. Turns out that at least five spiders had taken up residence inside the workings of the machine. The spiders were unimpressed at my cleaning efforts, and well they may be.

The weather station works as good as new now. And I have added a note to the maintenance list to dismantle the device annually and give it a good clean.

The weather has been quite humid this week, and Ollie the Australian Cuddle Dog (he’s actually meant to be an Australian Cattle Dog) appeared to be invigorated by the turn to a more humid summer.

To be fair to Ollie, he was having an afternoon nap when I took the photo. He usually keeps me company whilst I’m working around the farm, so he is quite an active dog.

The return of the rains has encouraged the editor and I to place several trailer loads of composted woody mulch along the downhill side of the new path up above the house. The composted woody mulch slows the movement of water and allows it to infiltrate into the ground. A few years ago there was a minor landslide at that location, and so the new path and mulch work together to reduce the risk of another landslide reoccurring.

The firewood bay next to the house and secondary firewood shed are continuing to be filled up.

There is a bit of urgency about getting the firewood put away for the season because the monsoonal rain has returned for now. Personal experience has shown me that you can grow an extraordinary quantity and variety of mushrooms by storing wet firewood in sheds. Scritchy the elderly boss dog has also discovered that the rains have returned and perhaps Ollie is too large for her to safely attack without fear of retribution.

Another dozen bottles of apricots were preserved. About two years ago I purchased a second hand electric preserving boiler and it is a truly simple and amazing device.

The rains, heat and humid conditions have caused the globe artichokes, eggplants, tomatoes and capsicums to finally grow.

The globe artichokes have begun producing some chokes this week. They are very tasty, and I recommend them.

Today I spotted the very first capsicum (pepper) of the season. Due to the usually cooler summers here, the variety we grow are the thinner variety rather than the larger bell shaped fruit.

The dozens of kiwi fruit are looking great and getting bigger with each week.

Some of the juniper berries were used to make a small quantity of what is politely known as: ‘bathtub gin’. The juniper bush is the spikiest bush around and the birds leave the berries well alone.

The male tassle flowers of the corn stalks have just begun to show this week.

72 thoughts on “Ain’t no instructions”