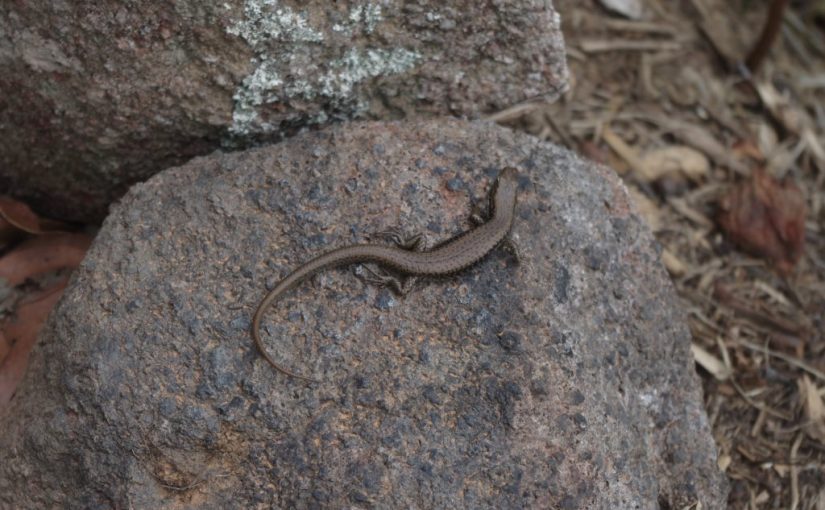 The Global Financial Crisis was a fun time to sell a house. In Melbourne it is fashionable to sell a house by the process of public auction. There is not much more of a public display than for all of your neighbours to stand around the street whilst an auctioneer conducts a public auction for the sale of your house. Of course just to add to a persons misery, all of the neighbours had previously been right through the house poking their noses into every nook and cranny before the auction was held during the earlier ‘open house’.

The public auction turned into a humiliating defeat, and that was despite there being two interested parties present at the auction. Nobody actually made any bids on the house, I guess that was how things just rolled during the Global Financial Crisis.

After the spectacle had died down, a few of the neighbours hung around and commiserated with us. The more sensitive and astute neighbours saw themselves in our circumstances, and so they kept their thoughts to themselves and mouthed platitudes that are to be expected in such a circumstance. One old biddy suggested that if we wanted to sell the house, all we had to do was knock half of it down and and add on an ensuite (a bathroom connected to the main bedroom), and according to her we’d do just fine. Like such a thing would be easy as. Thanks for the advice, and it may also have been the last time I spoke with her.

We’d bought the house eight years earlier. The house had originally been constructed in about 1890, but 110 years of continuous living can wear out a house. There was actually an old timer living in the house when we purchased it. Her kids had apparently decided to move her into a home, and then sell the house. It probably wasn’t a bad idea, especially given the house wasn’t much more than a brick shell with a good roof. I recall that the flooring in one room was held up by six layers of extraordinarily stinky damp carpet. In another room the timber floor was no more than a dark shadow on the underlying clay. The rear of the house containing a kitchen, laundry and bathroom had been constructed using packing crates. And the list of features went on and on.

The editor and I were fearless when confronted by the realities of the decrepit house, and we could see that that despite the general decay, the brick walls of the house were fine and the roof mostly kept the rain outside. So, we stripped the entire house, demolished the packing crate extension, and rebuilt a more modern (and to the building code) open plan extension at the rear of the house and basically repaired the entire house room by room to better than new condition. It took a lot of late nights and long weekends, and in the very early days of us living there, I recall that there was flooring in the hallway and one room and a single power point for the entire house – and that was it. However, eventually the house was repaired, restored and updated to the best of our abilities, and we decided to sell the house and move out to the bush and construct the house here. Unfortunately the house did not sell at the public auction.

Such public failure requires a bit of reflection and thought. There’s no point doing such heavy mind work on an empty stomach, so we headed off to one of the local cafes and availed ourselves of an emotionally settling coffee and cake. And we’d been through the full gamut of emotions that day, and so a coffee and cake settles jangled nerves.

On that particular day, the editor and I talked long into the night. Pizza and tiramisu may have been involved at one point.

It would be a common reaction to be daunted by such a public failure. It would actually be easy to give up when faced with the humiliation as our plans came to naught. However, into the wee hours of the morning we talked and chucked around various ideas as to how to sell the house during the Global Financial Crisis.

As the morning sun rose, we went to bed to get a few hours sleep, and then for the next week, we decluttered the house of excess furniture, painted several rooms a bland off-white colour, and installed built in cabinetry in some rooms. In the backyard we removed the garden shed and water tank so as to give the appearance of more space. Despite my misgivings, we installed a permanent clothes dryer and dishwasher.

The real estate agent hadn’t contacted us by the end of the first business day following the failed auction, so we sacked them and hired a new agent.

For a week, the work days were epic and way beyond what we would normally do. We’d get up in the early hours and just work on the house all day. Long after the sun fell below the horizon, we’d fall into bed exhausted. Despite being initially upset about the failure, we never took it to heart, and instead we decided to just fight it out.

After a week of that activity, the house was re-opened to the public and it sold. When I was a kid, adults used to say: If at first you don’t succeed, try, try, again. It was a catchy saying that one, and it speaks to the character trait of resilience.

However, the deeper insight that I took away from the experience was that the things that we place value on, were not the things that other people place value on. The colours that we had chosen for the walls in a few of the rooms was not to everyone’s taste. I see character and interest, and others I guess, want to fit in and blend. Where I saw a resource in the water tank, other people saw a giant chunk of plastic filling up space in an otherwise large garden. And where I saw unwanted luxuries in the form of a built in clothes dryer and dishwasher, other people saw necessity. I saw a structurally sound building, and other people just didn’t notice.

But I reckon the most painful part of the experience was putting our values out there in public and having the public find them to be wanting. Fortunately for us, we are resilient.

Wednesday night brought a storm which delivered some handy summer rain. Unfortunately the storm also dumped a whole lot of red dust from the centre of this hot and arid continent. The red dust has even gotten into our water supply, and we are now waiting for the dust in the water to settle.

The farm is not in a windy location, however the storm produced a few very strong wind gusts. One of those gusts of wind tore a branch off the Black Locust tree. The tree branches have some incredibly sharp spikes, and I am not looking forward to cutting the branch up.

We continued adding layers of composted woody mulch onto the downhill side of the new path up above the house. As water gets into the composted woody mulch, fungi will work to bind all of the organic matter together. The binding actions of the fungi will help slow the movement of water during very serious storms which occasionally visit the farm.

I began the slow process of clearing unwanted plants from around the trunks of the several hundred fruit trees. One of the citrus trees succumbed recently to a disease known as ‘collar rot’, however I do not know whether I contributed to that disease by allowing some Borage family plants to grow next to the trunk of the fruit tree. I discovered that slaters (wood lice) were consuming the bark off the now ailing fruit tree.

We’ve finished storing away firewood for the year. This week, the secondary (smaller) firewood shed was filled. We estimate that it may be possible that we have two years worth of firewood stored under cover.

A full compliment of firewood, is like mad cash in the bank, but easier to get access to when living in the boondocks! The firewood bay next to the house was also filled.

During summer it can be a bit unnerving walking around the farm. A person has to keep an eye on where they place their feet, and the local reptiles are unnervingly and forever scuttling out of your way as they dive for cover.

Breakfast is a nice experience at this time of year because fresh forest berries are available in the garden.

Last year the three kiwi fruit vines produced a single kiwi fruit. This year there are dozens of fruit hanging off the three vines. They’re not ripe yet, but the fruit still looks great.

Nectarines don’t grow well here. The humid and cool early spring weather means that the trees suffer from a fungus called ‘curly leaf. The fungus does what its name implies and the nectarine leaves curl and die. And then the tree has to produce a whole new set of leaves. Needless to say it, but due to the fungus these trees are really slow growing here.

The pumpkin vines are beginning to grow and spread. The largest vine has even begun producing fruit.

A very reliable, but very old fashioned fruit is the medlar. We have a couple of the trees growing here, and the fruit makes a solid jam with a vegemite consistency, or a fine country wine. We tend to use the medlars to produce the fine country wine.

We have a lot of Chilean guava plants, and they produce a huge number of very tasty (think lemonade) berries. The berries might make an amazingly tasty jam, but it is a lot of effort to pick the small berries, and so we eat them fresh.

The very first tomatoes were spotted the other day. Without doubt, this year may go down as the worst (and possibly latest) harvest of tomatoes that we have ever produced. Normally we would expect to harvest about 100kg (220 pounds) of tomatoes and then dehydrate them, produce passata (tomato sauce), and also tomato wine for cooking. This year we’ll be lucky to produce one fifth (20%) of a usual harvest due to the bonkers weather.

The globe artichokes are looking sensational, and they are almost ready to begin harvesting.