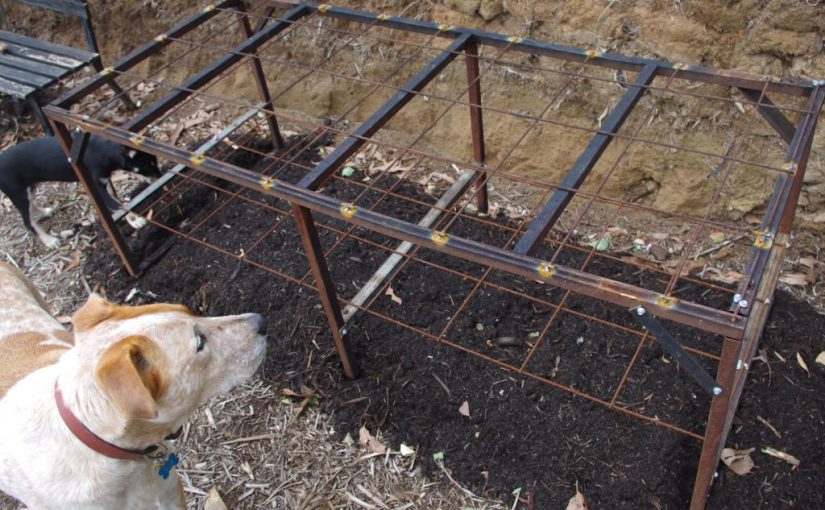 Of late it has been hard to shut out the constant noise of fear from the media about the novel coronavirus. That’s not to suggest that the virus is not something to worry about, because it looks as if it will be a problem for many folks. However, the result of all that constant dumping-on of fear by the media, is that most people are carrying around with them a form of mild anxiety. And the anxiety is distracting from other important goings on.

The mild anxiety is working itself out in all sorts of unusual ways. If you want a few laughs, try buying hand sanitiser at the pharmacy. Or how about obtaining a pack of toilet paper at the local supermarket? Saturday morning, a trip to the supermarket in the nearby town revealed empty shelves. Truly, toilet paper was not to be had for either love or money. Even the stuff I prefer which is made from recycled office paper was not in evidence.

Fortunately for us, we don’t use that much toilet paper in the first place, and so require but a tiny supply of the stuff. Years ago I wrote an essay asking the hard questions as to why are people using so much of the stuff, when at the same time they profess a love of the forests? Seems like an important question, especially when people are using forest products to wipe their bits. The issue was brought to my attention early on when in a share house, a house-mate used an astounding amount of toilet paper.

Me, being me, I asked the hard question of my house-mate: What are you doing with all that toilet paper? To which she enigmatically replied that: Toilet paper was useful for so many things. Turned out I didn’t really care why so much toilet paper was being used, I just had no desire to continuing funding her wasteful addiction. So she had to buy her own supplies from then on. Such wasteful behaviour grates upon my very soul, and we weren’t house-mates for very long afterwards.

But seriously, the mild anxiety that people are feeling is a very familiar feeling to the editor and I. On hot windy summer days, the editor and I often wonder whether some numpty is going to do something stupid and set fire to the forest around these parts. It is a valid concern, but something only shared by people living in rural areas.

But now, every man and their dog appears to be suffering from a similar low level anxiety, but this time around it is because of the virus. It makes them do odd things like hoarding toilet paper, which I’m guessing makes people feel better. Upon reflection it is a fairly harmless activity. And it is worthwhile noting that humans have done far worse than this fairly harmless activity, and have done so time and again historically.

If people really wanted to worry, perhaps they should have taken note that a few months ago, a rather innocuous sign inside the local bank advised that large withdrawals of cash were now required to be organised in advance. And the cash withdrawal limit was not high. Of course there are plenty of innocent reasons as to why that limitation was put in place. But then there are also some not so innocent reasons too. The innocuous sign did not divulge the reasons as to why this new requirement was put in place. Some mysteries you just have to carry around with you!

In 1990, my mad cash (what little there was) was held with a bank that suffered from a run, and to be candid, the scenes from those uncertain days seem an awful lot like the recent run (please excuse the pun) on toilet paper. It didn’t look that much different, except at the bank you had to stand patiently in queue.

All the same, we are having troubles shutting out the low level anxiety caused by the constant concern over the virus. The other day in a rare moment of distraction, the little red dirt mouse Suzuki hit (with some help from the distracted driver) a sharp edged granite roadside curb. The tyre began deflating really quickly. It was a big puncture. The first order of the day was to get the dirt mouse Suzuki into a nearby car park so that there was little chance of being run over whilst replacing the tyre with the spare.

The tyre was soon dead flat, and very sad looking. It only took a few minutes to replace the tyre. The replacement was a very tiny looking spare tyre that frankly should not be used for more than a minor trip.

Lunch was then necessary to soothe the now even more elevated and tense nerves. It was a good lunch of organic scrambled eggs on sour dough toast with a side of mushrooms. Unfortunately, lunch was interrupted by the need to track down a replacement tyre, so relaxation was not to be had. And a lady two tables away was snuffling and hacking up a lung, and soon left – to everyone’s vast relief.

Fortunately a nearby tyre supplier could replace the tyre with an exact match, and so we dropped off the car at the suppliers and then went for a walk.

Walking is a favourite activity of mine, although looking at all of the vehicles on the road these days, it is possible that my enjoyment of the activity is not shared by others.

The walk took us through an area of the big smoke which had been constructed post WWII as all the buildings dated from that time. The primary exception was the old bluestone (a local grey/blue coloured granite) walls of the notorious old Pentridge Jail. The site has now been converted into a swanky new housing estate. Who knows what was meant by the advertising boards proclaiming in bold lettering: Come live the Pentridge Lifestyle. Is it a clever play on words, or are they being serious? It is possible that a few older crims and former residents of the jail may not see the amusing side of that advertisment.

Whilst on the walk we passed by a huge shop which had a massive collection of cement and stone figures. It was a truly fascinating business. And in the collection we discovered a Gargoyle which uncannily resembles Ollie the Australian cuddle dog (he’s actually a cattle dog). Had to get that.

So yeah, you could suggest that something good has come out of all this anxiety about the coronavirus, and who knows where this road will lead.

For curious readers (and I’d like to think that includes everyone who reads the blog), the Chinese Guard Dog and Gargoyle now do a proper face off competition.

And who could resist a cheeky gnome figure? The gnome now resides in the fern gully? What’s with the gnomes always appearing as if they are up to socially challenging mischief?

It is with sad news that I have to announce that the delightful elderly dog Mr Toothy passed away this week. He is sorely missed. Over his grave was planted a flowering gum otherwise known as a Corymbia Ficifolia.

The remaining Fluffies have been a bit despondent, but the antics of the two new Sheep dog pups (Plum and Ruby) are providing a great distraction. To put it mildly, Plum and Ruby do not appear to be despondent in any way shape or form, but that is to be expected due to their youth.

As we’ll all discover sooner or later, life and time moves on. Speaking of which, the winter vegetables have begun germinating.

Another days work was done on the new steel stand for the additional second hand solar panels. It is hard work drilling structural steel, and so I’m doing the project when the mood takes me.

A new orchard was established this week. The new orchard is sited next to the new garden terrace project. There were a number of fruit trees about the farm that were not doing very well due to factors arising from their location. One such example was the Quince tree which had been pulled over to a near horizontal position by a wallaby (a smaller forest kangaroo). Relocating an 8 foot tree is no easy matter.

Several plum trees, a couple of olives, some citrus, a nectarine and a quince tree were soon established in the new orchard.

The editor had an idea to convert an old steel frame into a support frame for beans and peas.

The old steel frame looks a bit dodgy. However, with a bit of work, more steel drilling and cutting, and the use of the welder, the bean and pea support frame looks heaps better!

Regular readers will recall that a raised asparagus bed was recently moved. Moving the raised garden bed created a bit of a mess. The locally quarried crushed rock with lime was placed over that area and now you’d never know where the garden bed used to sit.

The new path up above the house that leads from the driveway to the garden terrace project was also extended a little bit this week.

The weather swings from warm to cold, although there are in between days which are almost perfect conditions. As we slip into autumn, the garden continues to produce (albeit at a slower rate):

The recent combination of intense rain and then some heat has produced a bumper crop of very strange looking fungi, like this one: