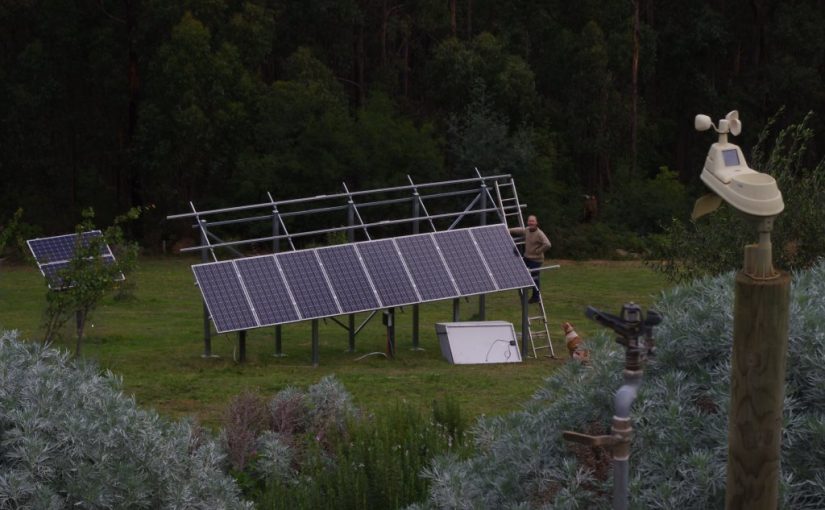 Without any doubts, the past week has been the craziest week that I can recall. At the beginning of the week I had a business, now at the conclusion of the week, I don’t exactly know what is going on. The things I’ve seen and heard this week would stir the blood of the average prepper and make them excited beyond belief. And the state of Victoria now appears to be in lock down. How am I meant to get my coffee fix if the state is in a lock down?

For some strange reason my sleep this week has been far less sound than usual, and I awoke in the dark hours of last night to the story of the memories of one of my earliest encounters with the editor.

It must have been around 1992, and the youth radio waves were filled with the sounds of angry garage bands. You may have heard of the band Nirvana, well the lead singer was still banging on the radio about this harsh cruel world. And who could forget the angriest song that I have ever heard: Rage Against The Machine – Killing In the Name. Few artists could reach into such depths of rage and angst and produce such anger – with a bit of well timed potty mouth to boot.

There was something to be angry about. We were in the recession that according to the Federal treasurer of the time: “We had to have”. Nice words, but with 10% unemployment, you fought tooth and nail to get a job, and the competition was fierce. I’d lost my cushy job with the state government. The editor had lost her job with a big tech company.

At the time I knew of accountants who spent their days stacking shelves in supermarkets. I couldn’t afford to be out of work, and heading home was not an option. Being the crafty sort that I am, I took the unglamorous job of corporate debt collection. Bizarrely enough given it was a dirty job and someone had to do it, so long as the money poured in, nobody bothered me. I spent four years pretty much calling my own shots – as long as the money continued to roll in.

One of my favourite activities with the job was doing the banking. Back in those days, nobody did electronic banking, and cheques (checks in US parlance) were physically sent in the mail. And I had the honour of recording the payments (cheques were a win for team me!) and taking the cheques down to the bank to deposit.

Pension days meant that I could be stuck down at the bank for a couple of hours along with a whole lot of pensioners. At least I was getting paid to do so. It was always important to note which days were pension days because I made sure that I went to the toilet before I headed off to the bank to deposit the cheques.

As someone doing a necessary, but dirty job, nobody kept any tabs on me. And whilst I am usually scrupulously honest, one time I ducked out to visit the other bank in the area where I did my personal banking. Nobody noticed. The goal was a personal loan for a Personal Computer. True story!

Computers were very expensive in those days (About $4,000 compared to a one bedroom apartment which was about $40,000 at the time). And I’d talked myself into the need for one, just so as to make it easier to do my part time (at night) University undergraduate work. You see, when I worked for the state government, I became rather used to using their computers, printers etc. But now, as a lowly paid corporate debt scavenger, I no longer had easy access to a computer.

As these stories go, I didn’t have two cents to rub together so as to pay for the computer, so my solution was to hit up the bank for a loan. Winning! Except the bank was having a run on its funds by overly concerned deposit holders. I didn’t see what all the fuss was about, and never had any money to lose anyway, but far out, the bank queues were so long.

So there I was standing in line at the bank, that was having a run on its deposits, and behind me in the queue was the Editor. I worked in South Melbourne, she lived in South Melbourne and we used to bump into each other. Of course I didn’t know the Editor well at the time, as she was a friend of a friend. However the queue was long and we struck up a conversation: “Hey, you’re Paul’s mate. How are you going?”

Now the Editor was wearing a delightful white cheesecloth dress that showed off all the right curves in all the right places. From time to time when the Editors eyes drifted away and her face expressed disdain for the length of the queue, I managed a quick sneaky look. I was smitten, but the Editor was clearly out of my league – and she knew it. Still, into the fray I leapt, and engaged her with witty conversation. We had a few laughs and fortunately for me, the queue was long and nobody cared where I was.

The editor was unemployed at the time, and had previously been working for a big tech company, which meant she knew absolutely nothing about computers. This was fortunate for me, as if she had known why I was at the bank that day (grovelling for a personal loan for a computer), there may have been a scene!

The Editor: Why is the queue so freakin long? All I want to do is pay this bill. Who are all these people? Don’t they know that the Reserve Bank has promised to support this bank? Have they nothing better to do with their time! The way things are going I might miss my midday coffee. Hang on, is that Paul’s friend, Chris? He’s alright that guy, but why does he keep staring at my boobs?

Who would have thought that standing in a bank queue could be so much fun. Glad I wore my cheesecloth hippy dress today, because it is not my usual get-up. Oh no, we’re getting to the front of the queue and he hasn’t even asked me on a date. Guys, Pah!

And we met again several more times by chance before I plucked up the courage to ask her on a date!

Hope you enjoyed the story! Recessions aren’t all bad news as you never know what opportunities will present themselves.

We kept working on the epic upgrade of the solar power system. It boggles my mind sometimes that a chance discussion at a pub with a friend of a friend lead to such a massive project. Regular readers will recall that a bloke offered me 8 solar panels for free, and I picked up another 8 solar panels for $400. People rarely take up such opportunities because they turn up wearing overalls and look like hard work! And that has certainly been the case with this project.

This week, the huge steel frame was trimmed and bolted together.

After another days hard work, the steel arrangement for the two solar panels in the above photo were disassembled and the first eight solar panels were installed. Although none of the solar panels have been wired up yet.

Earlier in the week rumours of lock downs were flying left, right, and centre, so I dropped everything that I could drop, and fertilised the new garden terraces with a mix of composted woody mulch and compost for the raised row beds. This week, I truly have worked like a dog.

Observant readers will note the patches of green in the above photo. Those are broad beans which will happily grow right through the winter.

For folks with a delicate disposition, please skip the next paragraph and photo. For everyone else, Ollie Esquire, the Australian cuddle dog (he’s actually a cattle dog) hunted, killed and ate his first rabbit this week. He was so proud of himself, and he even shared his meal with his two side kicks, the Australian sheep puppies Plum and Ruby. If he can keep that up, it will surely save on dog food costs, which are already pretty cheap given that we make a lot of it ourselves.

Since the demise of the gentle Sir Scruffy, the rabbits have been enjoying a good time of it on the farm. Sir Scruffy was a rather robust dog that demanded very little in the way of feed, because he was eating the rabbit population. A lovely dog who is sorely missed.

Anyway, Ollie’s side kicks (Plum and Ruby) love him to bits, and I reckon he is their mascot.

In breaking produce news, the growing season is coming to an end: