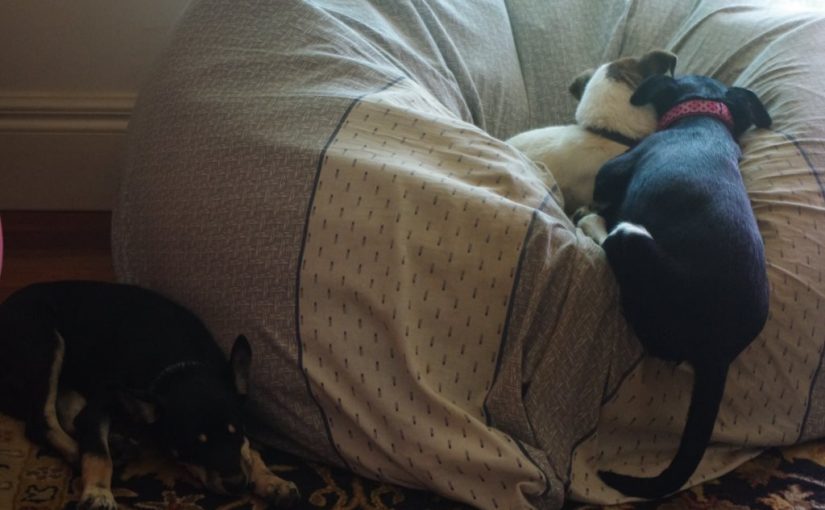 Last week the tale was told of the intersection of a personal loan, a personal computer, and the editor. The editor stuck around, the loan from the bank was paid out, and the personal computer had a really fascinating journey. I learned a lot about the nature of some folks during the computers journey, so I guess the pain was worth it.

Accounting was good, but a career in computers would have been the financially wiser move. As a kid, my wealthy grandfather gave me a Commodore 64 personal computer for a birthday present. Best present ever!

The games on the Commodore 64 personal computer were amazing. I could spend days battling out monsters in vast dungeons in the Ultima world of games. Or head out into the depths of space in the game Elite, of course I did that in my ever upgraded spaceship battling pirates and aliens. Yeah, days and days went by and I was absorbed by the activity of the computer.

I still hung out with my friends, worked various jobs and kept on top of my homework. But the computer called to me in the off hours and it took more and more time. After a while I began to get into the real guts of the computer, and even sold my stamp collection – thus proving what a massive dork I was (stamps and computers). The funds from the sale of the stamp collection were used to purchase a book on machine language programming for the computer, and I read it back to back several times.

Word got around school that I knew a thing or two about coding, and so I’d swap code which I’d written with some of the other kids that were normally outside my social circle, but were also into computers. They never really accepted me into those social circles, and that was cool, because I had a computer.

In those days there used to be businesses that were wall to wall arcade games, and as a young bloke you’d head in there, battle aliens and monsters and without noticing it, you’d spend your hard earned mad cash. And such places sure did eat my hard earned mad cash, because after a while, I didn’t have any mad cash left. Hanging out with mates was complicated because they did have mad cash, although their parents were often the source. As a comparison, I had to hustle, and was up in the pre-dawn hours getting paid jobs delivering newspapers before school. But all the mad cash disappeared.

It was a bit of a problem really, and so I eventually sold the computer through a classified advertisement, and never stepped foot in an arcade amusement business again. It did wonders for my stores of mad cash, but at the same time I had to let it all go and get more involved with friends, study and sports. It was not an easy choice to make.

So years later when I purchased the personal computer mentioned in last weeks blog, I did my utmost best to ignore it during breaks in between semesters at University. In those days I had plenty of friends who played computer games, and whilst I dabbled a bit, I never really wanted to indulge again. My friends could never understand my reluctance and there seemed no reason for me to explain it. One of them much later suggested to me that I should get with the times and join them in their multiplayer games. Yeah, nah. I lost a few friends out of not joining them on that journey.

But on one of those summer breaks, a very good mate asked if he could borrow the computer. I had no hesitation in handing over the computer, we’d been mates for years and years. It was no hardship at all, and so the computer that I was paying for headed over to my mates house. I didn’t give the machine a second thought and didn’t ask for anything in return – we were mates. That’s what mates did.

Although I worked full time, the summer holidays in between semesters were long. During that time, another mate was writing custom software for a hotel chain, when his computer suddenly packed it in without warning. He needed a bit of help quickly and he asked me if he could borrow my computer. I had no problems with that. I agreed to help him then and there.

However, there was one minor problem. My computer was residing at my other mates house, and he bizarrely refused to give the computer back until I was due to go back to University. To say that I was dumbstruck by the response was an understatement of the depths of my feelings. Clearly I was naive because I had not even asked for anything in return for the loan of the computer. It was a true unexpected dog act.

Anyway, I explained the pressing need to get the computer back, but he did not budge. Then he thought he could deflect my attention away from his extraordinary greed via the dialectic technique known as a furphy. A furphy is the technical description for an erroneous or improbable story that is claimed to be factual. And so he began arguing that we had some sort of contract in place, and I was a bad person for trying to bring it to an end early. Indeed.

I despaired at my friends response, and it was one of the final few nails in the proverbial coffin of our friendship. My other mate (who desperately needed a computer for his business) even contacted him (we were all part of a larger group of friends) pleading with him, but no.

I eventually got the computer back, but ever since those days I am wary of loaning anything to anybody. And our friendship was very luke warm after the incident. However, I had the last laugh because the editor was also a friend of this person, and it was through him that we met. I call that winning!

The editor is a mysterious person who for her own obscure reasons desires to have a very tiny interweb footprint. She can’t be found, although there was that one time when a friend mucked around with some security settings, but that is another story. Here she is:

No, just kidding, that isn’t an image of the editor, but I do think of her every time I spot the image. The editor after all is no slouch and knows how to wield a chainsaw, wedges and a log splitter. So she is pretty handy out in the forest and around the farm. The label is from a local brew-pub that was shut down in these crazy days of the great re-localisation. I decided to support the brew-pub by purchasing a six pack of their most excellent brews. For the moment they are still also selling their famous gourmet pies – but for how long that can continue is an open question.

As a postscript to the above computer story, the last time the editor and I encountered my computer hoarding mate was at a wedding reception of another friend. At such places meals are brought out without concern for the attendees preferences. The wedding reception was in the early days of winter, and I’m guessing the business was clearing out the refrigerators of old stock as they headed into the low season. Anyway, whatever the reason, the fish was stale. It wasn’t off, it had just been frozen for far too long and tasted a bit unpleasant.

I scored the fish meal, and I noted that my mates wife also scored the fish meal. As a mostly vegetarian, when away from the farm I eat whatever and don’t make a fuss about things. However I draw the line at stale fish – it was not good. The editor concurred with me that the meal was not good, and I shared her meal of roast lamb, which was quite good. My computer hoarding friend however refused to share his meal with his wife, and she went hungry. Hmm.

Earlier in the week we secured the eight second hand solar panels onto the upper rails of the steel structure that had been under construction over the past month.

You don’t realise how high the steel structure is until you’re hanging onto a heavy solar panel and lifting it whilst perched at the higher end of a ladder. The ladder only slipped once, and that was an exciting feeling!

Wiring up is not yet complete. However, six of the sixteen solar panels are now connected to the batteries. Another three or four hours work should see the job completed.

Speaking of dog acts, the new sheep dog pups received their collars a few days ago. To make it is easier for us to identify which near identical pup is which, the collars have different colours. Ruby has a pink collar, and Plum has the blue collar. And both pups were depressed.

Scritchy the elderly miniature fox terrier is without doubt the least warm canine personality that I’ve known. But, yeah, for the two pups to seek solace from her is indicative of the deep feelings they had upon receiving their collars. Scritchy on the other hand was annoyed by their presence.

The following day, all was forgotten and the two pups were enjoying life on the farm again. And they caught and ate a parrot.

With a possible lock down impending I rushed around fertilising all of the garden beds. The raised potato beds scored a good feed of quality compost.

The old corn enclosure was stripped of plants other than the kiwi berry vines and a single large broccoli plant. The corn stalks were chipped up and applied to the rows, and good load of compost was also added to the rows. The intention is to move all of the raspberry plants into this enclosure soon, and it will then become a dedicated raspberry enclosure.

The winter vegetables have been germinating over the past week or so. This week we planted out the remaining winter vegetable seeds only moments before a heavy rain storm drenched us.

The blackberry harvest is finishing up for the season. There are still a lot of berries on the plants, but I’m not really sure that the farm will enjoy enough sun and warmth for the berries to ripen.

Earlier in the season we stored blackberries in the freezer. Last week blackberry wine was made, and this week we made the very tasty blackberry jam.

Persimmons are beginning to slowly ripen as the leaves begin to turn towards the colder times.

I discovered a nest of European wasps. I hate those insects.