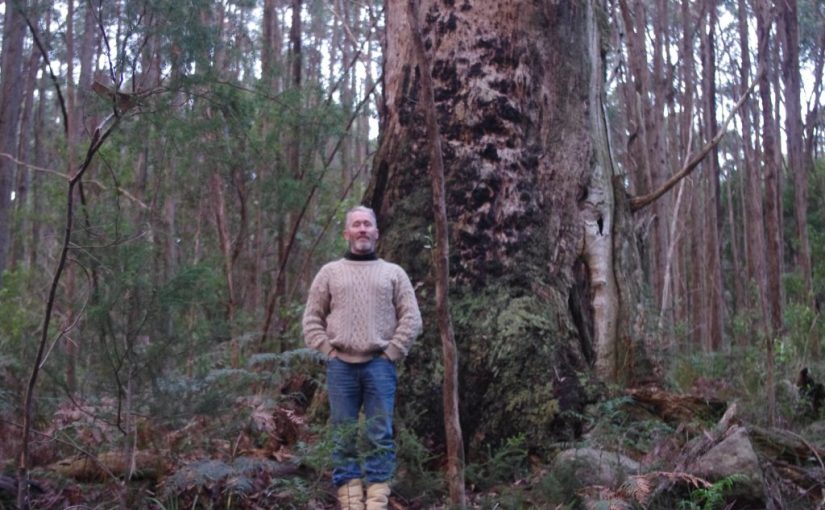 How did that famous song sung by Bob Dylan go, oh that’s right: ‘For the times they are weird-ing’? Possibly he might not have sung those exact words. Given a vast portion of the population is in lock down (due to the subject that dare not be named) he might have been better off belting out the words: ‘Despite all my rage, I’m still but a rat in a cage’. A salient observation on the current state of affairs, but hardly an effectual point of view. Some things are just bigger than individuals.

It is not lost on me that right now a lot of the people I encounter are distracted and in a highly emotional state. Take last Saturday morning for example. I travelled to the local General Store / Post Office to check on the mail and pick up the weekend newspaper. Speaking of the weekend newspaper, the print vampires have been clearly sucking hard at the blood of that particular institution because every week the newspaper seems to be getting thinner.

And so much of the reporting these days is about the subject that dares not be named, that I almost missed the beautiful story of Wandi the pure bred Alpine Dingo (a local indigenous dog). Wandi is a pup who was dropped by a wedge tail eagle into an unsuspecting persons backyard. Wandi the Dingo now has an extraordinary number of Instagram followers. Fortunately I am not distracted or in a highly emotional state, and so I got to enjoy the story in the newspaper.

So, Saturday morning I was at the General Store and whilst I was there I thought to myself: Why not order a take away coffee? And I did. Winter is just around the corner and the weather was filthy. Cold winds and heavy rain make for an unappealing morning. But having lived in a cool mountain climate for over a decade I’m sort of acclimated to such cold weather. It is just one of those things that happen.

And being hardy sorts, the editor and I waited patiently outside the General Store under the shelter of the veranda whilst the staff inside the toasty warm building produced our coffee. The rain fell heavily, however we were dry and wearing warm clothing. Other less hardy sorts waited inside the building. I’m cognisant that only so many people are allowed inside the building at any one time and think that it is best not to push matters in the strange days that we find ourselves currently in.

Our take-away coffee orders were produced, I entered the building to collect them, and to my utter horror I noticed that a lady who had arrived after us and spent her entire time waiting inside the warm building suddenly grabbed both the editor’s and my coffees thinking that they were hers. Not so. I was outraged at the affront. The lady apologised for her gaffe, but then tried to make light of the matter. You’ve all seen such entitlement displayed before and know the story: “It doesn’t matter, how amusing and delightful am I?” Yeah, not so. It is not lost on me that these present times are forcing people who would otherwise not be concerned about other people, to be concerned about other people!

Of late I have been practicing the gentle art and state of being that is: Taciturn. That is the fancy name for saying nothing or very little. It is a very effective strategy to deliver a rebuke by saying very little, yet delivering an icy cold stare. Of course the truth was that I hadn’t had any caffeine that morning, so my brain was a bit sluggish, if somewhat mildly outraged! And also due to the lack of caffeine, my eyes were probably a bit unfocused and staring in a zombie like manner (instead of clamouring for brains I was clamouring for coffee). In such trying moments though, saying nothing is a tried and tested path, whilst avoiding the pitfall of getting caught publicly saying something that you may later regret. We’ve all done that before…

Are you feeling distracted and in a highly emotional state? Possibly you’ve been spending too long isolated in your home, all alone with your own thoughts? Have you run out of things to watch on your streaming service? Well, we can help you. Call us now on 1800-wak-e-up with your credit card details and look forward to a new you.

We now resume our regular programming.

So yeah, people are a bit odd right now, and their normal patterns have been rather tossed aside. The editor and I have for many years made a habit of enjoying the simpler pleasures in life. As a strategy in these strange times, so far it appears to have worked well. Apart from the local pub (which is closed) we’ve merely had to adapt our previous simpler pleasures to the new circumstances. Instead of enjoying coffee in a porcelain cup whilst reading a book, we get take away coffees and stand out in the cold weather enjoying the beverage. At least we haven’t tried to take another person’s coffee order.

The other night we were both in the big smoke of Melbourne, and on the way home we stopped off at a gourmet burger restaurant to order a take-away gourmet burger and chips. The burgers are good, but again it was a cold night, and we ate the food on the walk back to the car.

The burgers are gourmet and the chips are also gourmet. The chips have sea salt crystals on them mixed with rosemary. They’re very tasty and just the thing for a cold night. I mentioned previously that people are in a distracted and highly emotional state right now due to the subject that dare not be named. And unfortunately the chips had a lot of salt on them. And I mean a lot.

As I greedily picked off the top most chip in the take-away cup I thought to myself, my that sure is a lot of salt, but scarfed the chip down my throat anyway. I’m tough and hardy and a bit of salt wont hurt me. It was an exceptionally salty chip, and so were many of the other chips which I continued to munch away on.

As you can imagine when I got back to the car after all the chips were finished off (only a short walk), I was feeling rather unwell. I thought I was going to be sick, but no, I valiantly fought off the waves of nausea hitting me hard like rogue waves. Fortunately I had a bottle of water ready to hand, and with a few sips of water, the nausea receded and I was able to enjoy my gourmet burger.

I haven’t learned much in life, but one thing I can be sure of is: don’t consume out-of-control salty chips. And also I’ve learned that if you live in a strange world where people are even more distracted than usual and in a highly emotional state, it is probably not a bad idea to spend a bit more energy keeping an eye on the people around you and their actions.

Earlier in the week, the cold Antarctic winds just blew and blew. The farm is in a location that is very protected from the winds, and so when they do blow in from just the right direction it can be quite startling. And lots of dead branches fell during those days.

Due to the summer bushfire risk and also the fact that insurance premiums appear to be increasing at around 18% per year, we like to keep a very neat and tidy property. The small branches and dead Eucalyptus leaves burn with an astounding amount of energy. Over a day we collected all of the fallen branches and dead leaves and piled them up so that they could be burnt off at a later date. Even we were surprised by the volume.

The yellow power wheelbarrow was also used to take some cut firewood from the larger branches back up the hill.

Once the machine reaches its destination, the contents of the yellow power wheelbarrow can be easily dumped.

In the above photo you can see two large Eucalyptus Obliqua trees. They’re big and old and the farm has many such trees. However none are as big or as old as the biggest of the lot. It is a big old tree and is certainly hundreds of years old. It was never harvested by the timber workers because it has a hollow core. That’s no problem for the tree though and it quietly watches the world go about its crazy business.

Observant readers may note that the trunk of the tree has been scared by bushfire. That probably would have been from the 1983 Ash Wednesday fires (or possibly the 1939 or 1851 bushfires). The tree survived the fire, although the fire worked its way into the hollow trunk. What interests me about the tree is that there is no other tree located within its drip line. And if you look carefully at the thick forest of young saplings behind the trunk you’ll notice that they are all of a uniform size and height. This indicates to me that they were all regrowth from the 1983 fires. And most of those trees have zero chance of surviving the next drought, if only because they are too closely spaced together and the competition will be too great. The dead trees will simply make the next bushfire all that much hotter and put the larger and older tree at serious risk. And in the forest here, only the really large trees provide any shelter for the many birds and animals that live here.

The storms that rolled in from the south and south-west this week were cold and brought moisture laden air.

Last week we purchased a whole bunch of ferns to plant into the fern gully. During the storm I left them out in the rain where they could enjoy a good drink of water.

The fern gully received 100 crates of the chipped up organic matter which was the stuff left over by the power company. And into that fertile soil the new ferns were planted.

Some of the older ferns have begun the process of reproduction. The mother shield ferns are interesting plants as new plants form on the very end tips of the fronds. The fronds bow towards the ground, and if conditions are right, a new fern gets established.

In breaking Fluffy news: Scritchy the elder was busted teaching the impressionable Plum (the younger) how to break into the cupboard containing the dog food bucket.

Leaf change is here and it is real:

It’s mushroom season too (all toxic):

Despite the cold and rainy weather, many of the plants are continuing to grow: