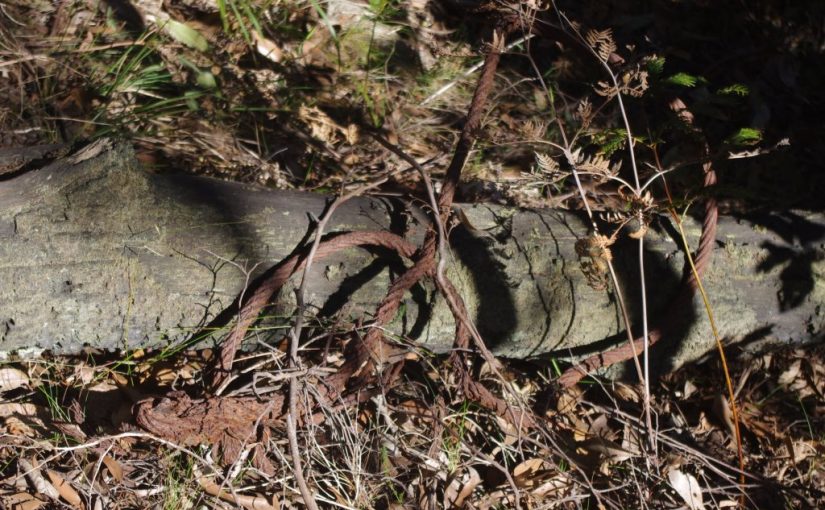 Growing up in a household with a single mother, I guess that must have meant that we were relatively poor. I can’t really say that as a kid I took any notice of that lowly status. Things were just as they were, and none of my friends seemed to live more opulently than we were living.

Food was always on the table and there was a roof over my head. I’ve never known what it is like to be truly hungry and starving. My mum worked full time and studied part time to ensure that we all never suffered on those fronts. And as a kid I earned my own money, but also pitched in with work around the house. Work has been a consistent theme in my life and I’ve learned that it is best not to avoid work where it is necessary.

So it was a bit of a shock for me to encounter kids with different economic circumstances at the more English than the English, Grammar School. The education took up the final four years of my High School. My wealthy grandfather clearly stumped the mad cash for the experience. He had what I would describe as a self-motivated personality, and he either did, or could get things done.

He had grown up on a farm during the Great Depression and was apparently raised there by his grandmother whom he never really spoke about. And despite his wealth he always maintained an extensive vegetable garden. His backyard originally had a tennis court which was later converted into neat rows of raised garden beds. In between the raised garden beds you could still see the asphalt that was once the tennis court surface. Sunday mornings saw me working in his extensive vegetable garden. He would direct me to work and I followed his instructions.

And as I worked, he’d tell me stories. I was pretty young at the time so I don’t really recall most of the stories, but I’m sure they made an impression on me. Once he remarked to me that: Those that can look ahead, get ahead. To be honest at the time I was wondering what he was looking at, but I think I understand him better nowadays.

It was good listening to him telling me his stories, and I’ve sometimes felt that it is appropriate that the older folks in society undertake that task of guiding the young and sharing wisdom. That doesn’t happen much nowadays as some of those folks appear to be chasing tax breaks and cruise holidays. And neither of those options look very wise to me right now.

Anyway, as well as telling me stories and sharing insights into the world, my grandfather also generously stumped the mad cash for my last four years of High School education.

The kids at the school were hardly from an homogeneous economic background. They came from families who had vastly differing circumstances. There were kids with very wealthy families. One mates family did something in the construction industry with asbestos, and they had more money than I could even begin to get my head around. But strangely my mate just didn’t seem self motivated. The family did however have a big house, fast cars, epic holidays, but underneath it all they weren’t living that much differently than what my family were doing. And I’d lost contact with him by the time he went to University, and later heard that he committed suicide in his early 20’s.

I was a bit of a dork and so hung with the dorks. In the strange world of High School sometimes having a family of means, meant that your social status was elevated beyond that of dork! But not always, as dork runs deep in some people.

When you are young, you sometimes imagine that if a school gives you the opportunity to learn and prove your mettle against the academic standards of the day, you’ll rise to the challenge. But I’m not so sure about that now. In High School there were kids with vastly differing capabilities. And I really can’t say for sure where self motivation comes into the story.

I was always a motivated student, but the two years earlier in a hippy-dippy High School meant that I found myself at the very bottom rung of the academic ladder in my first year at Grammar School. The comparison was very stark and unflattering. It was also hard to ignore. But then I slowly clawed my way up the rung. My mother was largely uninterested in my education, and possibly this was a good thing if only because the option of failure was my responsibility alone to bear. My grandfather never spoke to me about the education and at the time I had no idea that he was my benefactor.

So I really had no idea where self motivation came into the story, but to me it appears that some kids had it in spades. Others I could see, were pushed in certain directions by their parents and they went along with that. And yet others just seemed oblivious and disinterested.

It is a subject that has always interested me. And often I have noted that the trait of self-motivation (and thus willingness to action) trumps intelligence and status.

Years ago I read an excellent account of the factors leading up to the economic disaster that was The Great Depression which my grandfather lived through. It was written by the economist and historian John Kenneth Galbraith and was titled: The Great Crash 1929. For a book on economic history, the author tells a ripping yarn.

At one point in the book, the author notes that towards the end of the Great Depression, about a million previously urban families in the US had moved back to rural areas and began taking up the activity of running small family farms. And the author added a general note that he believed that this was the case: “because at least farming families could feed themselves”. Real hunger was not unknown in the Great Depression years. Yes, and I believe hunger and fear of it, could be a path to self-motivation.

It was quite a startling observation for me in these days of relative comfort to realise just how dire things had been. And I often wonder whether that first hand experience of the times was what prompted my wealthy grandfather to maintain an extensive vegetable garden? I guess I’ll never know, but to this day I can still hear him telling me that those who look ahead, get ahead.

Regular readers will recall that last week we collected a huge pile of fallen forest materials. This week the pile was slowly burned off, and it always surprises me how small the ash pile is after such an epic exercise. The ash pile is very good fertiliser and once it has cooled down we spread the ash thinly over the surrounding area. With the winter rains, in a few months rich grass will grow and the wildlife that shares the farm will have a great feast. But before that occurs the ground rarely looks good.

The extraordinary bushfires that burned a huge swath of this state only a few months ago are a reminder to the editor and I to seriously clean up the forest surrounding the farm. It is actually the huge quantities of smaller and finer forest materials on the ground that fuel the really epic wildfires.

As part of the clean up process we discovered many large rocks which we are collecting for various projects around the farm.

One of the two steel rock gabion cages currently accepting deposits of rocks is nearing completion.

The aim of forest work is to protect the really huge and old trees. The farm has plenty of those old trees which can take hundreds of years to grow, but they can be killed in really hot wildfires.

Bizarrely enough, the local council once told me that I could fell a large tree which had died. The thing is though, I didn’t follow through as like the large living trees, the large dead trees are also home to many of the birds, bats and insects that live on the farm.

The old timer timber harvesters must have felled some pretty big trees back in the day. They left some of the butts on the ground and some of them are huge – and burned.

Just below the huge butt in the above photo, I can see that the timber harvesters broke their steel cables on this particular butt, because they left everything in place.

All day as I work about the farm, the Fluffy Collective A.K.A. the four dogs, run around the farm keeping a watch on anything and everything. And at night they are exhausted:

I do not aim to use the petrol (gas) generator, and ordinarily I shouldn’t need it, but it is impossible to predict when things will go wrong with this solar power system or the weather.

About the farm this week:

86 thoughts on “Hunger and stories”