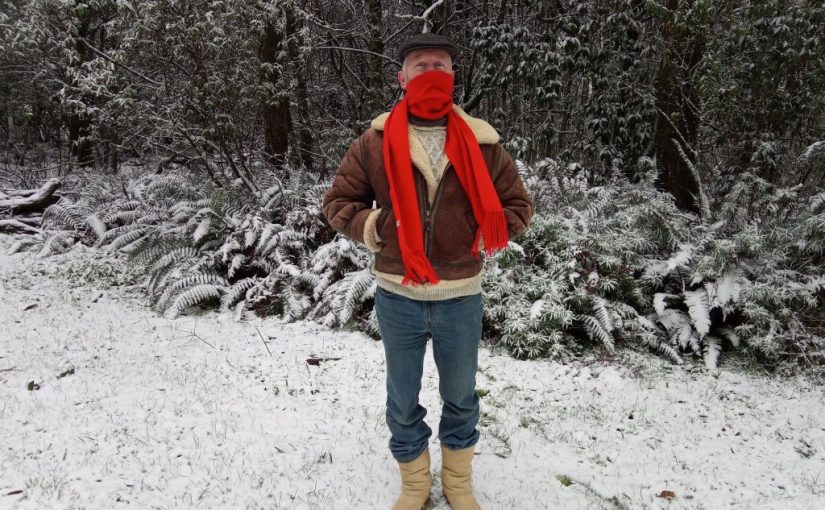 Last week we messed up. The editor and I had spent so long on work around the farm and also paid work that we’d neglected to do any of the house work. And house work is no small matter here. So, on Monday morning I discovered that I would have to do an entire week’s house work, by myself. I was a bit grumpy about that, but just had to suck it up. The editor had paid work to do, and so avowed herself of any and all responsibility, and I guess she has a point.

The health subject which dares not be named has messed around badly with my paid work schedule. It wasn’t that long ago that I had regular paid work and my week was full. Nowadays businesses left, right and centre have been shut down by government directive and like the RMS Titanic are taking on water badly.

Unemployment statistics are suggesting that things are now worse than at any time since the Great Depression which began 91 years ago. Certainly economic things seem far worse than they did back when I was a young bloke in my first job during the ‘recession that we had to have’ in the early 1990’s. At the time, the Federal Government artifically jacked up interest rates in order I’m guessing to restructure the economy away from manufacturing. That was a rough time for both myself and the editor.

One day I turned up to my enjoyable State Government job only to be told that I was soon to be made redundant. At the time I hardly even understood what the word ‘redundant’ meant, but the educational lack was soon taken care of. For those who don’t know, the fancy word ‘redundant’ means either no longer required, or surplus to the requirements. But largely it is not a fun state of being and you are likely to never discover your true work calling.

Fortunately, I’m nothing if not an adaptable person and so at the time I was able to find employment for a large corporate doing their billing and debt collection work. Yes, it’s a dirty job, but someone has to do it. And surprisingly, as long as the cash continued to arrive via my efforts, few people cared what I was up to during the day.

The experiences of those days have always caused me to hold back. I know of people who are slightly younger than I, and they never enjoyed the sheer horror that is wondering if you can secure employment so that you can keep a roof over your head and food upon the table. Such younger people have only known the majesty of stuff which is derived from the mysteries of continuous economic growth – whatever that means. And there are folks who were older than I, who were gainfully and continuously employed during the economic ructions. Their lives were not thrown upon its head and they also weren’t left wondering how to make the next rent payment.

Yet here we are today, and economically, things are a basket case of epic proportions. At least this time around the government is providing a huge amount of mad cash support to the community. Given that this support is paid for by debt or what is otherwise known as an advance pay day loan secured on future earnings, I do wonder how long it will all last and what will be left if the mad cash support is withdrawn.

However, getting back to the lessons learned during the recession that we had to have back in the early 90’s. The one main idea I learned was that it is foolhardy to believe that the government has your personal best interests at heart. After all, I learned the proper definition of the word ‘redundant’ by being made redundant by the State Government. The facts indeed speak for themselves in this case.

So, as I wrote before, I now always hold back and never give myself over fully. The thing is if you don’t give yourself over fully, you have reserves and energy with which to pursue your own interests that may have nothing at all to do with the dominant narrative. It was my grandfather who alerted me to this possibility. He’d lived through the Great Depression, and despite being a very well paid corporate director, he lived a modest life. He drove a locally made utility vehicle and turned his backyard tennis court over to rows and rows of vegetables. He also used to call everybody else endearingly by a very family unfriendly name. But mostly he was just prudent in his life and his actions.

I have tried to follow in those footsteps, the prudent behaviour that is, and not the habitual name calling. The editor, who was also impacted during the recession that we had to have back in the early 90’s, agrees with the strategy of being prudent. And so we work hard on making this property productive, whilst earning a living, and sometimes that means house work gets skipped entirely and is left for me to do all on my own. After all, it is prudent although a much maligned skill, to run a house well. And the people doing the maligning are wrong to do so.

Looking into my economic crystal ball suggests to me that the current economic ‘stay of execution’ appears to be a hang time of uncertainty, but bizarrely also stability at a lower standard of living for most people. What happens when the banks begin asking for repayments on loans to begin again, or landlords seek to evict tenants, or seek to enforce payment of commercial leases by unpleasant legal mechanisms, is pretty much anyone’s guess. I really don’t know. My feelings in relation to my grandfathers colourful language is perhaps more certain in my mind, but even then I have no clear answer as to whether he was right to act so.

It gives me no pleasure to write these words. The recession of the early 90’s went on for years and years, and I had to work at debt collection for four of those years. At least it kept food on the table, but in that time I heard it all. Every single excuse under the sun was thrown at me. The thing is, during that time I never spoke to a single person in that capacity because they had been prudent.

This week’s blog was brought to you by yet another Antarctic cut off low and a full day of doing house work. At least the wood heater kept the insides of the house toasty warm. Outside this week, could not be described as being toasty warm. Antarctic air is after all very cold.

It even snowed a bit here, although nothing settled on the ground.

However higher up in the mountain range, the snow had settled. The editor and I went to see the snow and had an epic snow fight. The editor started it!

Of late, the two new sheep dog puppies (Ruby and Plum) have contributed to creating more housework for us to do. For some reason they steal the firewood out of storage and proceed to chew it into tiny pieces. This is despite them enjoying thick rawhide chews and also off cut bones sourced from the local butcher. I’m sure if you asked the two pups, the cheeky scamps would suggest that they are creating kindling out of the existing firewood…

The cold weather this week may well be winters last hurrah, and we are working towards constructing the greenhouse. With Melbourne in stage four lock down due to the health subject which dare not be named, my usual source of seedlings (should our seed raising efforts fail), might not be so easy for me to access. Thus getting the greenhouse constructed and ready for use with seed raising has become a priority task.

Where the greenhouse is to be located, there are currently three large round raised garden beds which we use to grow potatoes. Growing potatoes in the raised beds means that the soil in the beds is very well drained – a must for very wet years like this one. Anyway, the three raised garden beds have to be moved and we only decided where to move them earlier in the week.

Construction on a new terrace was started earlier in the week and the three raised garden beds will be relocated there. Firstly, we recovered a large number of rocks with which to define and protect the edges of the new terrace. Then we began digging and levelling (as can be seen in the above photo).

When you live on the side of a mountain saddle, flat land is a rare and precious commodity which has to be wrested from the Earth via a whole lot of hard work.

In between the breaks in rain we recovered and positioned a huge amount of rocks. Peak rocks is real, and a casual observer hardly sees a rock sticking up out of the paddock or orchard these days.

And whilst we were constructing the new terrace, which will hopefully be finished next week, we decided to turn the entire area above the new potato terrace into an epic sized garden bed. Why not? An English Oak and an English Elm already happily grow at the upper edges of the garden bed.

During the rock recovery process, we recovered a number of very large rocks which will be used on the large rock wall on the uphill side of the path up above the house. One of those rocks was placed this week. The rock was placed because there had been so much rainfall that water was oozing out of the ground and onto the path at that point. The other large rocks will have to wait until later to be placed.

Time, weather and the vegetation all work towards breaking up the large rocks into sizes that we can easily handle.

The rock wall at the very far end of the path up above the house was also completed.