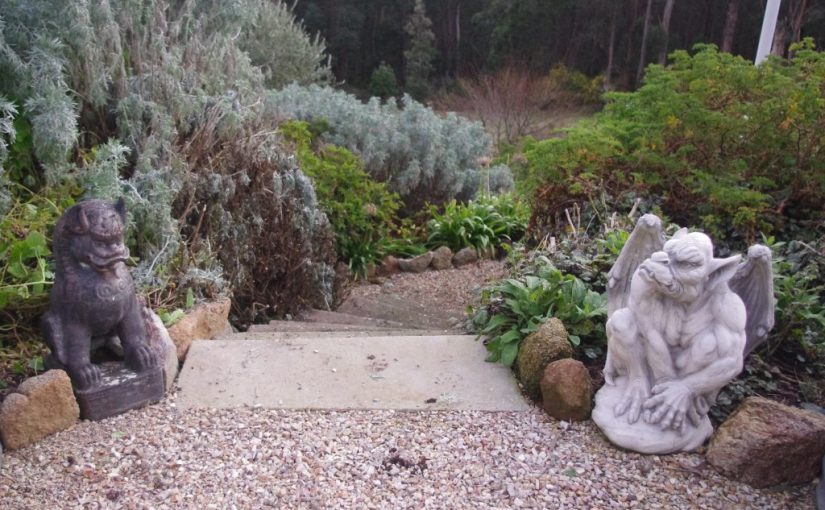 As a late teenager, I had the good fortune to train for many years under one of the greatest martial artists that this country has ever produced. Sensei (Raoul Kent) was a formidable presence and I’m currently reading a book on his life, and it is bringing back all manner of memories from those teenage years spent at his Dojo.

The suburb the Dojo was located in was a seemingly placid place, but my youthful experience suggested otherwise. There was a dark and gritty frustrated sector of that are and some of the other kids no matter how priviledged, were prone to acts of violence. It was not unusual to be dragooned into an after school fight. As a kid who’d been raised in a broken home, there was nobody to turn to and ask the hard questions: How do you respond to an after school fight demand? My older sisters and mother were hardly likely to be able to provide any useful response to such a masculine scenario.

Hindsight suggests that my grandfather, who was a presence in my life, might have provided some useful advice. However being young, the idea to ask him about such matters never even occurred to me. And anyway, I’d long been accustomed to having to ponder the mysteries that is navigating the social niceties of life. Sometimes the niceties are not so nice though, and the solution to the ongoing violence popped into my head in record time, and I decided to take myself off to the local Dojo to train. As far as I was aware, there was only the one business in the suburb offering to train people to learn how to fight, and that business just happened to be run by a paragon.

At first the place was a bit intimidating really, and the awards on the wall of the Dojo meant little to me. I never mentioned the school bully or the after school fights to the Sensei, he just seemed to accept that if a person was there to train several nights per week, they had their reasons.

Friday nights were a favourite, and I always spent those nights training at the Dojo. My peers were skylarking around and doing whatever it is that teenagers do at the commencement of the weekend, whilst I was getting thrown around the Dojo and put through my paces. For me, it was a real pleasure to encounter a male role model who was extraordinarily competent in his field of endeavour, but who also took the time to teach us lesser mortals.

Sensei taught a style of karate that didn’t just cover how to fight, he also taught us students how to defend ourselves. That suited my way of thinking because I’d taken that path not to compete in tournaments, but to have a sure-fire way to get out of physical altercations, especially if they arrived unbidden, as they did.

You see, what that suburb taught me was that despite your personal inclinations, other people bring their troubles to your door, whether you like it or not. I’ve heard people bang on endlessly over the years about human rights this and that, but if some rogue character has decided to punch you in the face, it doesn’t matter how many human rights you might think you have due to you. On the other hand, it might not be a bad idea to know how to respond to the rogue character.

And therein lies the conundrum. Having grown up in a broken home with no father, I had to navigate my own path through life’s random troubles. But on the other hand, that meant that I was free to be able to pick and choose unexpected responses to other people’s rubbish. And there is always metaphorical rubbish.

Speaking of rubbish, but this time the physical stuff, nowadays I merely scan the news so as to get a feel as to what is going on in the world, without becoming overly emotionally affected by the news (which is the intention after all). The news these days is rather dark. Anyway, I spotted an article on landfills in the city of Perth which is on the south western edge of this continent. https://www.abc.net.au/news/2021-08-01/perth-councils-face-tough-decisions-as-landfill-capacity-looms/100337038

Landfills are fascinating places and in my mid twenties the editor and I lived in a gritty inner urban area which was not far from a major landfill. We used to visit the landfill in the suburb of Brooklyn because attached to the landfill was a massive garden supply centre. The business used to take council green waste collections from households, and then process the stuff into compost. There were small hills of compost in various stages of decomposition, and it was always interesting to observe the processes. Plus the compost was very cheap.

The thing is though, landfills have this awful habit of eventually filling up, and then I guess being turned into parkland, if people take the time to do so. New landfills are not so easy to establish, if only because people get upset at the thought of living near to a landfill. After all, it is a rather smelly experience.

It’s all a bit of a problem really, but landfill is simply another word for pollution. At the start of all this current bout of craziness, serious people banged on about the ‘War of Waste’. That noise has gone quiet now (as happens when serious people lose interest) and a lot of plastic is now headed to landfill. There was an article about the subject the other day, and an academic suggested that we perhaps should do better with the waste, except we ain’t.

Pollution isn’t the only untold story. The other day I paid $1.75/litre for petrol (3.8 litres to the US Gallon) and that was the second time now that I’d paid that record high price. In between those times, serious pundits suggested that world oil prices would fall, and I guess they did a bit, for a couple of days, before then climbing back up again. Then I hear strange stories about mysterious supply issues for all manner of previously readily available items. To be honest, it feels a lot to me like the standard run model from the Limits to Growth study from way back in 1972. Here is the graph:

It is not a difficult graph to comprehend, and the thing I take away from the graph is that it was something of a Devil’s bargain in the first place to use finite resources to expand the population, because inevitably the population has to suffer a Devil’s haircut. The greater issue perhaps is: how do you respond to this scenario?

This week the weather was no longer winter, but neither was it spring. The sun shone beautifully some days, and it almost felt as if it had some warmth to it.

With warmer weather fast approaching we decided to finish the job of clearing the old log pile and converting the timber into firewood. Regular readers will know that the logs were placed there by the excavator operator who prepared the earthworks for the house almost a dozen years ago. And the despite the timber logs being partially buried, most of them were almost pristine.

By the time the sun was setting below the horizon for the day, the job was finally completed. As we had just come out of the most recent lockdown (number 5 in fact! Yes, day 170+ of our ongoing incarceration), we then went to the local pub for a pint and a feed to celebrate.

The impending warmer weather also gave some incentive to complete the soil fertilisation job for the various garden terraces. Mixing up the compost with all of the additional mineral additives was quite a large job which was again just finished as the sun was setting below the horizon.

Whilst we were mixing up batches of compost with mineral additives, the steel round vegetable beds adjacent to the kitchen were also pruned and fertilised.

And just because we hadn’t done enough work around the farm for the week, some of the paths and concrete staircases were pruned of over hanging vegetation.