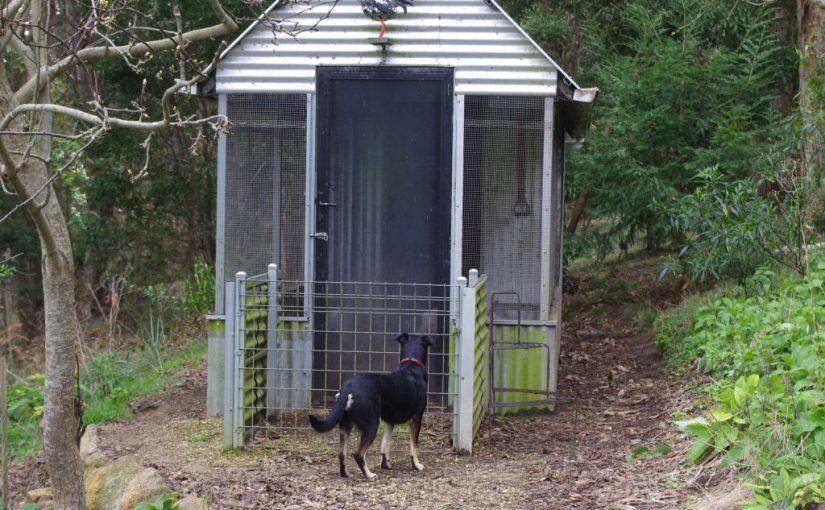 My mother was a difficult lady. As a single mum, she probably had her hands full, what with holding down a job, studying for an undergraduate degree part time and putting meals on the table for us three kids. Her hands were probably more full at the time, than I realised way back then. Hindsight is good like that.

My sisters were older than I, and so they probably needed more attention. One of my older sisters was what I would call, challenging. In those days I did my best to stay out of trouble whilst not being noticed, and so was generally pretty low stress whilst still doing my own thing. My mother never really imparted good lessons, and so I’ve just had to make do, learn on the job, and do the best that I could in this thing called life.

There is an old adage that the apple never falls far from the tree, and whilst that is generally true, I’d like to believe that I’ve done OK on that front. It’s been a hard road, and at times I’ve had to learn things the hard way via the school of hard knocks. There’s a strong memory from my early teenage years of my mum parking the car outside a motor mechanic (we’d had to find a new mechanic for some reason now lost to me). She told me I had to go inside and book the car in for a service. Without thinking about it, I exited the vehicle and walked into the mechanic like I owned the place. In those days there was no flashy reception area and a customer walked directly into the workshop to speak with the mechanic. “G’day mate. I jus’ wanna book my mum’s car in for a service”, was how the conversation went. And the job got done. My mother later asked me how I knew what to say, and I wasn’t really sure because it was all part guesswork, luck and copying others. She posed a difficult question.

So good advice and parental guidance was pretty thin on the ground, but then that meant that I was left to assess for myself whether advice worked – or otherwise. One good bit of advice I actually did receive from her was to: “never trust the first person who comes up to you when in a new situation.” Recently I read the autobiography of the author Jack Vance. The book was titled: ‘This is me. Or more correctly, this is I’. The author lead an interesting life, and I was quite surprised to read that he had also learned and tested this advice out for himself when in the US navy during WWII. Apparently the best people on the ship were the gruff and distant blokes who quietly over a period of time assessed your character. A formidable bunch to be sure, but I understand the authors assessment of the situation and concur with him.

Oh, there was one other good bit of advice received from my mother which was that whenever discussing a ladies age, it is always wise to deduct two decades – if appropriate. This bit of advice has stood me in good stead over the years. A month or so ago I even tried it on a good mate of mine, but instead just for fun deducted three decades! My outrageous social lie was politely dismissed and I was upbraided for having moved past the two decade deduction limit. Quick as a flash, I retorted with the line, you know you look like Errol Flynn, to which the reply was a firm: Stop it! But I could hear that my mate was secretly pleased. And he actually does look a bit like Errol Flynn.

Social lies are a bit of a thing, and people say them all the time. Like, yeah I really enjoyed your party, see ya later. Or, your latest blog post was really interesting! Social lies are done to smooth over the otherwise choppy surfaces of the social waves whilst smoothing feathers that would be otherwise ruffled. There is no great harm in them.

However, when I was a kid, a mate of mine used to lie about all sorts of things. And the other kids and I would catch him out on the lies and call him out on it, but it wouldn’t stop him. I’d never met anyone like that before, and for sure, it is an uncommon trait. And I could never discern any pattern to the lies, there seemed to be no benefit for him, and most of the lies were eventually caught out. After I while, I just accepted that this is what he did. But neither did I trust him. I eventually disassociated myself with him when he’d gotten into trouble with the law, and told them that he was me. That was a lot of trouble to unravel.

Liars have been around for a long time. One of the old Aesop’s fables is that of the ‘Boy who cried wolf’. If you don’t know of the fable, well look it up, but the basic gist of the fable identifies the ultimate tragedy of the liar in that even if they tell the truth, no one believes them. And that can be a real problem.

On the other hand, there’s nothing at all wrong with being incorrect. And the person who can put their hand up and say in all sincerity: “Yeah sorry about that. I made a real hash of it”, is a person of integrity. When I ran the graduate program for a big corporate, I used to sit all the delightful and enthusiastic young assistant accountants together down as a group and say to them firmly: “I’ve never shot a person for making a mistake, so feel free to make them and tell me about it. But I’ve sure shot people for lying to me.” Never failed to get an uncomfortable laugh, but also the point across.

There is so much noise these days. And some of the noise today is being made by people who have previously lied. Some of the lies might be mistaken beliefs, like say: ‘We can run an industrial civilisation just as it is now on renewable energy systems’. But there are other and far worse lies now being spread. And integrity, it should be added, is hard won, and very easily lost.

Another crazy storm rolled over the farm Friday afternoon and dumped over two inches of rain. It’s been a wet year, that’s for sure. However, before the rain arrived, the sunshine was glorious with the promise of spring warmth.

We continued splitting and breaking apart the final of the three rock slabs. This process creates smaller, yet still large rocks, which are being used as a protective barrier on the down hill side of the low gradient ramp project.

The decade plus old log pile has now been fully cut and split, and one of the two very large rocks next to it has been split apart and hauled away. Last evening whilst walking the dogs I spotted two rabbits lurking near to that firewood pile – possibly wondering what had happened to their former home. There is no place for rabbits on this here farm.

It is hard work cutting and splitting hard granite. Then you have to haul the smaller, but still larger rocks away, and put them to good use.

The low gradient ramp project has consumed a lot of rocks and soil, and it is nearing completion. And even in its present form, the ramp has been very useful in providing all weather access to the two lower orchards.

The warmer weather has encouraged a lot of growth in the orchards. In recent years I have been actively removing the grass from around the trunks of the fruit trees, and in very wet years like this one, it is even more important to do so.

The farm has no fences, other than around most of the vegetable and all of the berry beds, and so the wildlife has free roam of the orchards. Sometimes the wallabies can be right little vandals and for some reason only known to themselves, they’ll destroy a fruit tree. This week, they destroyed a mandarin, but left the tree next to it unharmed.

Visitors to the farm are often alarmed to discover that we don’t have a television. It doesn’t help that there is no reception for television signals here. But it really is no great loss, there’s always something going on. And Ruby for one is never bored with the antics of the chickens.

During the winter months I grow plenty of fresh greens and a favourite is green and red mustards. But in the spring months, there is actual rocket, which is just as fiery as the mustard. With the extra warmth of the past week or so, the rocket is now bouncing back into life. The plants have established their own cycles and reliably turn up year after year now with little intervention on my part (other than feeding the soil).

Incidentally in the above photo, it appears that a wallaby has bounced into the raised bed, eaten some early rocket and left a couple of calling cards.

There is plenty of wildlife on the farm, and they all contribute in their own ways – even the wallabies. And the farm also provides enough feed for the many parrots which reside on and around the property. The King Parrots in particular are spectacular and for some reason they eat some varieties of geraniums. Who knew?

50 thoughts on “Raised by the wolves”